There can now be no doubt: Vladimir Putin’s invasion of Ukraine has produced a durable “rally round the flag” effect. The rising tide of public sentiment, however, may be pushing the regime towards dangerous shoals. 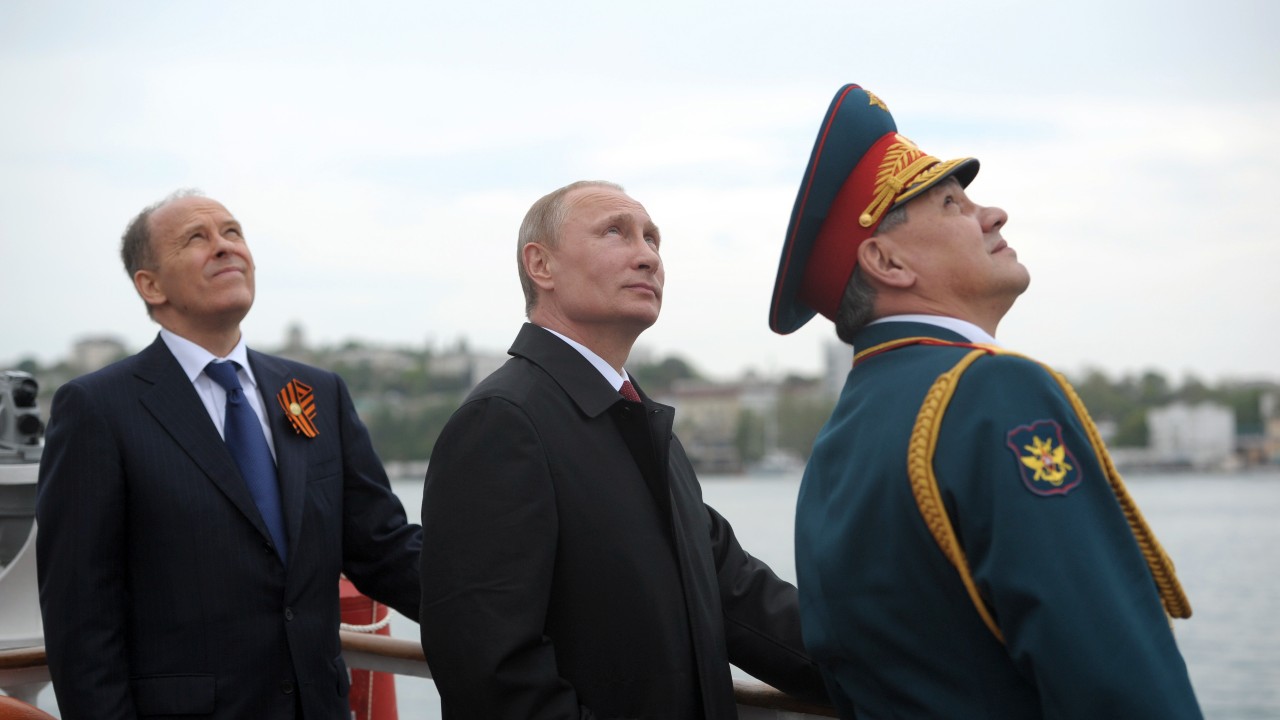 The most reliable polling available, from the Levada Center, has put approval of Vladimir Putin at above 82% every month since the war began, levels nearly 20 points higher than his pre-war numbers and indistinguishable from those seen in the aftermath of the 2014 illegal annexation of Crimea. General optimism — whether people see the country as headed in the right direction — has rocketed to 68%, well above its post-Crimea peaks.

Similar to the post-Crimea rally, in which general euphoria boosted both political and economic sentiment, this rally is also generating a broad — and, as in 2014, broadly irrational — improvement in Russians’ sense of wellbeing. Levada’s index of family sentiment, which measures respondents’ sense of how their household is doing financially, has jumped 12%, while the index of consumer sentiment has jumped 11%.

Against this backdrop, numbers on the war itself are surprisingly soft. The Levada Center found that support for Russia’s so-called “special military operation” has continued to decline, albeit not dramatically, from an initial peak of 81% in March to 76% in the most recent poll. Moreover, more sophisticated research by the political scientists Philipp Chapkovski and Max Schaub indicates that as many as 10%-15% of respondents may be lying when they say they support the war.

Whether this somewhat conflicted picture shows resilient public support for the war or the appearance of fissures in Putin’s façade of public compliance depends on whether the Kremlin is more threatened by dynamics in macro-level public sentiment – where things look stable enough – or by micro-level developments.

Throughout most of his 22 years in power, Putin has shown concern for both the big picture and the little one. The Russian presidential administration has built a massive machine for monitoring, managing, and manipulating public opinion, with resources including constant surveys, social media analysis, and a near monopoly on large-scale media. But he has built an even more powerful machine for managing the economy, with an overriding focus on ensuring that Russia does not develop pockets of depravation – the kind of thing that can spark desperate protests akin to those that toppled authoritarian regimes in Tunisia and Egypt in 2011, and which nearly brought down Kazakh strongman Kassym-Jomart Tokayev earlier this year.

Yet there are important signs that this economic machine — which has allowed Putin to weather some eight years of economic stagnation and decline — may no longer be fit for purpose. While the pain of austerity and recession since 2014 has been more or less evenly distributed across the country, the pain of the war and the resulting sanctions have not. Inflation, running at around 20% nationwide, is a good example. According to Central Bank of Russia data, prices for fruits and vegetables in Moscow rose an average of 24.44% year-on-year in Moscow March through May. In Siberia, prices rose 31.93%; in the North Caucasus, they jumped a full 39.35%.

Unfortunately for Putin, the regions particularly hard-hit by inflation – Siberia, particularly Buryatia, and the North Caucasus, particularly Dagestan – are broadly the same ones that have contributed the most soldiers to the war effort, and thus have faced the highest casualties. In Buryatia and elsewhere, this has already given rise to movements questioning whether they are paying an unreasonable price for Moscow’s war.

There are other dividing lines for Putin to worry about. Class is one. While Levada polling has shown that most Russians are facing the impact of sanctions with a brave face – 61% of respondents claim to be unconcerned about their impact – a deeper dive shows more sober attitudes. Some 46% of respondents in Moscow, the country’s richest city by some distance, report being unable to find replacements for imported electronic goods, and only 32% had any faith that the country would ever be able to come up with domestic substitutes for imported automobiles. Age is another: 70% of respondents aged 18-24 support the war, compared to 92% of those aged 55 and above.

For the moment, none of these fissures have widened into a genuine threat to the stability of the regime. Neither has the impact of casualties: while the parents and partners of fallen soldiers are angry at their treatment by the government, they show no signs of coalescing into anything like the Soldiers’ Mothers movement that helped bring an end to Boris Yeltsin’s war in Chechnya. Whether Putin can keep it that way may depend on how he manages one last dividing line: people’s sense of when the war will end.

In May — when the conflict was still relatively young, but the Kremlin’s initial hopes for a swift victory had long been dashed — a plurality of Levada Center respondents believed the so-called “special military operation” would be over in six months or less. Six months in, that number has fallen from 37% to 27% and is, for the first time, smaller than the portion of respondents who believe the war will last more than a year (28%). If Western officials are right in their projections and the war does drag on into next summer, the vast majority of Russians will thus turn out to have been wrong.

How people deal with that disappointment will depend in great measure on the degree to which the war is a source of pain in their lives: whether it has made them poorer than other Russians, whether it has offended their sense of ethnic identity, or whether it has disrupted their careers before they even began. Those losses may be bearable when an end to the war seems in sight. As that prospect fades, frustration and conflict will mount, and the Kremlin will find itself fighting both abroad and at home.

Sam Greene is Director for Democratic Resilience at the Center for European Policy Analysis (CEPA). Sam is also a Professor of Russian Politics at King’s College London.