Another Kremlin energy project that looks too good to be true 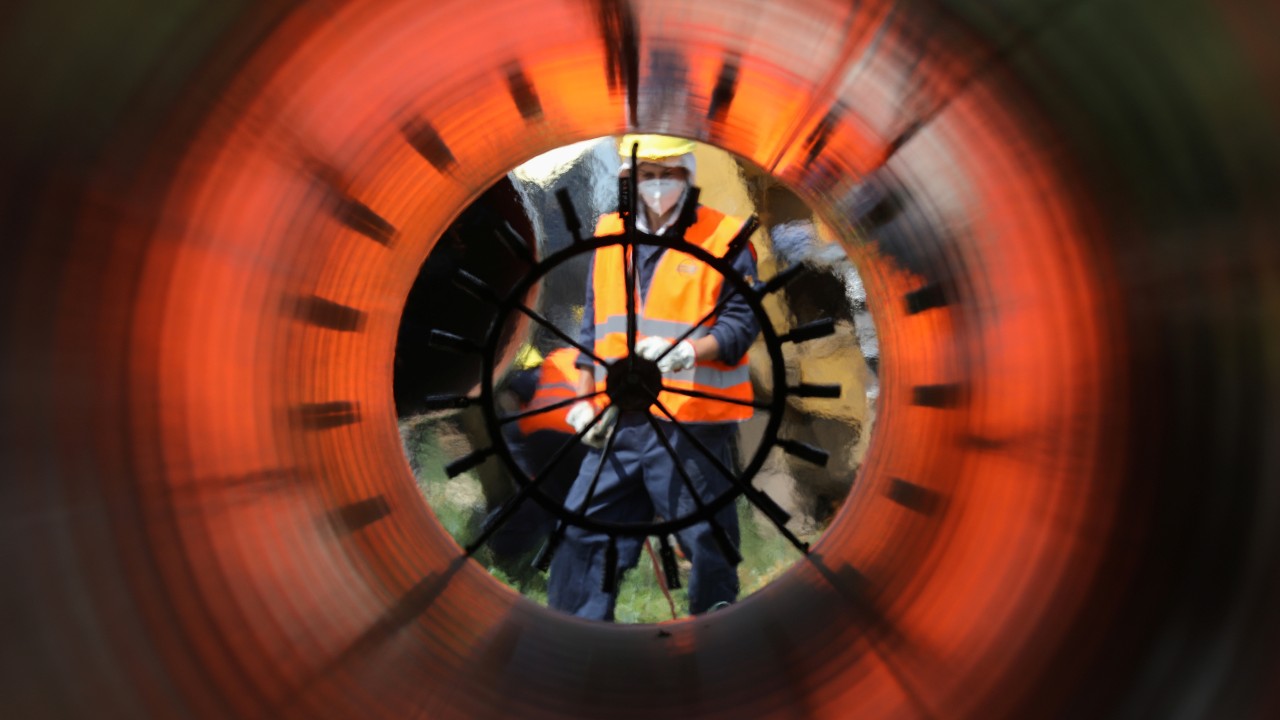 Photo: Workers are seen through a pipe at a construction site on the extension of Russia's TurkStream gas pipeline ahead of the visit of Serbia's President Aleksandar Vucic and Bulgaria's Prime Minister Boyko Borissov, in Letnitsa, Bulgaria, June 1, 2020. Credit: REUTERS/ Stoyan Nenov

Nord Stream 2 is far from the only Russian pipeline we should be targeting. The lesser-known TurkStream is equally important to Moscow as a source of leverage and influence over Central and East European governments. This pipeline, conceived in 2014 as a way of isolating Ukraine from Europe, depriving it of influence over Russian gas exports, and of circumventing EU rules, builds upon its previous incarnation, South Stream, to augment Russian influence in the Balkans, facilitate Russian clients’ ability to capture key roles in Balkan governments, and undermine democracy and Western influence in those governments by permanently subverting if not capturing them.

While this attempt at state capture is a standard global Russian practice, Bulgaria exemplifies the problems generated by this pipeline. As long ago as 2012, Moisés Naim, the former editor of Foreign Policy, cited Bulgaria as a “criminalized state”. And this corruption owes much to pervasive Russian influence in the energy and media sectors.

TurkStream, opened last year and currently being extended, epitomizes this corruption. It supplies Russian gas to Turkey’s gas transmission network and will ultimately branch out to points in Bulgaria, Serbia, and Hungary. TurkStream enters the water near Anapa, on the Russian Black Sea coast, and comes ashore on the Turkish coast almost 100 kilometers west of Istanbul, near the village of Kiyikoy. Prime Minister Borisov, who has described this second pipeline as TurkStream 2, says it will ensure that Bulgaria will become a gas hub able to supply Europe with Asian or other gas supplies besides Russia (perhaps forgetting that President Putin is unlikely to support the use of a Russian asset for its competitors).

Indeed, Moscow is actually financing this pipeline through proxies (see below). So, despite Bulgarian official statements that TurkStream has nothing to do with Bulgaria, the country has been in TurkStream’s “gunsights” from the beginning. Consequently, the U.S. government has continued to impose sanctions aimed at the pipeline and is threatening sanctions on Bulgaria. The country is a NATO remember, although U.S. policymakers may be more inclined to recall that Borisov is a former communist-era interior ministry official and bodyguard to Todor Zhivkov.

Notwithstanding official claims that the so-called Balkan Stream branch of this pipeline from Bulgaria to Serbia and Hungary is wholly financed by Bulgaria and meets EU regulations, the truth is rather different.

Newly leaked documents in Bulgaria confirm that Russia operated through Saudi, Belarussian and European companies to evade U.S. sanctions against TurkStream. Russia thus ships the gas, builds the pipeline, and finances it through proxies. Moreover, the whole scheme had been pre-planned in 2019 before construction started. This is not merely another episode in Russian corruption of Bulgaria’s corporate and governmental agencies. Rather, it illustrates state capture since the Balkan Stream pipeline i.e., TurkStream 2 by another name, is a state-owned venture. TurkStream — a Gazprom project, will book up to 90% of Bulgaria’s national gas transmission system through 2040 significantly limiting regional gas trading. This will crowd out alternative liquefied natural gas (LNG) and Azeri gas, from the regional network even though Bulgaria is supposedly building its section of the Interconnector Greece Bulgaria (IGB) to bring Azeri gas to Bulgaria this year. Thus Bulgaria’s claims that it will finish the IGB and receive this Azeri gas are highly dubious.

Opting de facto for TurkStream rather than for diversifying gas supplies with Azeri gas will also replace Bulgaria’s ship-or-pay transit agreement with Gazprom through 2030 with guaranteed annual revenues of more than €700 million in exchange for the new TurkStream transmission contract. In other words, it will end up subsidizing Russia and Putin’s oligarchs.

That is habitually the case with Russian energy projects that look good at first sight, but end up as concealed subsidies to Moscow.

Lastly, Russia and its clients in Balkan and other European states use this money to promote the interests of its own and local corrupt elites, making it an effective instrument to feed favored business networks. In turn, those networks then expand the Russian economic and political influence. Thus, the reality of Bulgarian corruption and signs of state capture by pro-Russian elements thanks to its collusion in evading sanctions belie Prime Minister Borisov’s claims that by 2021 Bulgaria would be wholly independent of Russian gas.

Indeed, as Tsvetan Tsvetanov, Founder and Chairman of the Bulgarian center-right political party Republicans for Bulgaria (RfB) through 2019, told this author, because the TurkStream project increases Russia’s energy influence in Europe if Bulgaria wanted to diversify its energy sources, they would have completed the IGB that was started 10 years ago and remains incomplete. Tsvetanov has called on the Bulgarian government not to allow Russian gas to flow through TurkStream.

Bulgaria and the Balkans represent another area of Russian challenge to Western interests, values, and allies. Washington has already grasped these challenges and warned Bulgaria, both during the Trump and Biden Administrations, that it risks U.S sanctions if it continues to connive with Moscow while simultaneously being an EU and NATO member.

Sanctioning allies is an unpleasant, even risky, business. However, the Biden Administration, starting with the President himself, knows the Balkans and Russian gambits very well.

Even as it brandishes the sanctions weapon, the Administration now has the opportunity, thanks to global developments in the energy field like changes in the global gas market, the appearance of Azeri gas on the Balkan market, and climate change, to take on and overcome the Russian gas challenge in Bulgaria and the Balkans more generally.