Repressive laws and a brutal economic downturn are fostering the return of an age-old Russian blight — the informer. 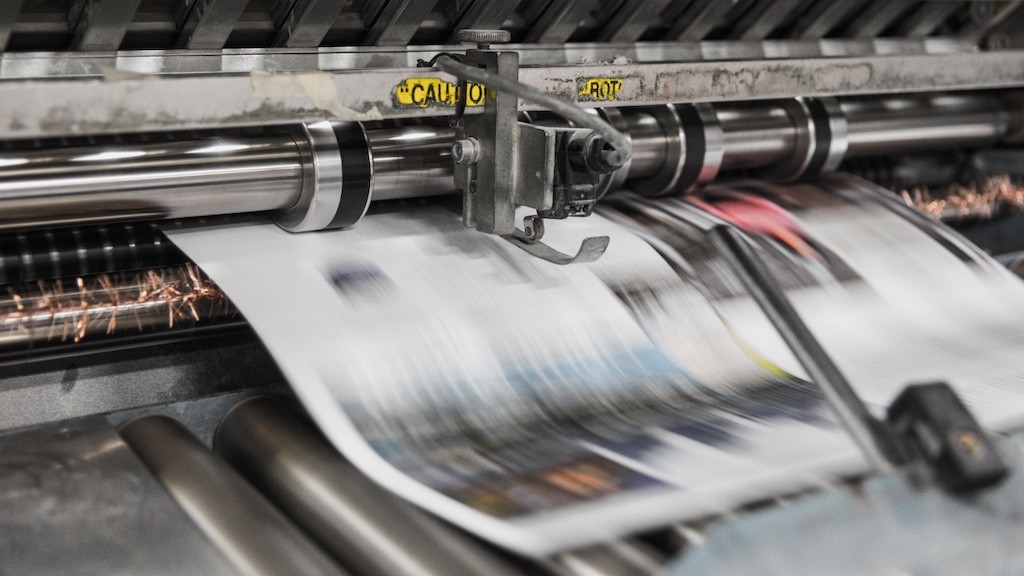 The Proekt investigative media outlet was last month declared an “undesirable organization,” making it the first publication to be branded with the label (until that point, it had been reserved for NGOs.) Proekt has been embarrassing the Kremlin for years with stories including the government’s dismal record on covid-19, shady business transactions, and the deployment of brutal regime-linked mercenaries in Africa.

This attack on the free media is different from previous campaigns and appears more serious. Not only has the Russian state refined its tactics using punitive legislation, but an old creature in a new guise has started to emerge: individuals snitching to authorities about those of whom they disapprove.

The consequences for journalists are devastating. The undesirable organization designation makes it illegal for reporters to work for outlets such as Proekt. Now, even news outlets citing the website have to include legal disclaimers announcing that it is “an organization whose activities are recognized as undesirable.” Individual journalists were also targeted last month after they were designated “foreign agents,” which means, among other things, that they must report all income and expenditure down to the purchase of a toothbrush. “A legalistic façade is crucial for Putin to claim legitimacy in a de-facto authoritarian state,” noted Novaya Gazeta.

Legislation isn’t the state’s only weapon. It turned out that a 37-year-old “concerned citizen” named Vitaly Borodin, head of the Federal Security and Anti-Corruption Foundation (FPBK) had complained about Proektand another outlet just prior to the designations. Another man, named Alexander Ionov, as well as an individual from Nizhny Novgorod, Ilya Savinov, has also been filing complaints to various Russian state institutions.

It was also Ionov who lodged a formal complaint about the Riga-based outlet Meduza, which was later designated a “news agency foreign agent” in April. Savinov, according to Nastoyashee Vremya (Current Time TV), is a former member of the All-Russian People’s Front movement (ONF), which was created by Russian President Vladimir Putin’s behest in 2011, and sees itself as a link between Putin and the people.

It was also at Savinov’s request that a case was opened in July against the head of Russia’s Committee Against Torture, Igor Kalyapin. Savinov has also given testimony against the since-jailed Mikhail Iosilevich, the head of the Nizhny Novgorod branch of the Church of the Flying Spaghetti Monster.

Whether Borodin, Ionov, Savinov, or other informers are acting of their own volition remains unclear. They have been inundating both the Ministry of Justice and the Prosecutor General’s Office with letters, triggering formal procedures. But as is often the case in Russia, they may simply be seeking recognition for loyalty to the state, and thus funding, during a harsh economic downturn.

These are tough times in Russia, with wealth inequality growing over the course of the covid-19 pandemic. Some 21 million Russians live below the poverty line, with the state-defined minimum wage equating to 10,800 rubles (about $165) a month.

“In Russia today, there is no expectation of economic growth, and thus the people cannot be disappointed by further stagnation,” writes economist Vladislav Inozemtsev. In the regions, Russians have resorted to a variety of inventive, criminal, and desperate measures, or even completely given up, facing debt and eviction.

For those seeking income or preferment, this is a good time to capitalize on the Kremlin’s desire to weed out “traitors” and people whose political leanings it deems unpatriotic. Putin’s Russia also offers few opportunities for self-advancement.

“How do you achieve success in modern Russia if you were not born into the family of an employee of the presidential administration or a military general? Contemporary Russian society does not provide an answer to this question,” wrote Novaya Gazeta’s Kirill Martynov.

And from the Russian state’s point of view, targeting individuals, and creating a climate of fear and uncertainty, by pursuing independent journalists, or even civilians posting on social media, is often easier than tackling real problems. When I spoke to the “founding father” of the Russian internet, Anton Nossik in 2017, shortly before his death, he hypothesized that it is much easier to track down and prosecute comparatively harmless people on social media rather than confront the threat of “serious terrorists.”

Amid a heavy-handed crackdown on independent journalism, underway since around 2013 but much more evident since the beginning of this year, the market for denunciations could thrive still more.

Aliide Naylor is the author of ‘The Shadow in the East: Vladimir Putin and the New Baltic Front’ (Bloomsbury, 2020).