Citizens under Russian attack are forced to make life or death decisions, but caution and bravery both carry a price. 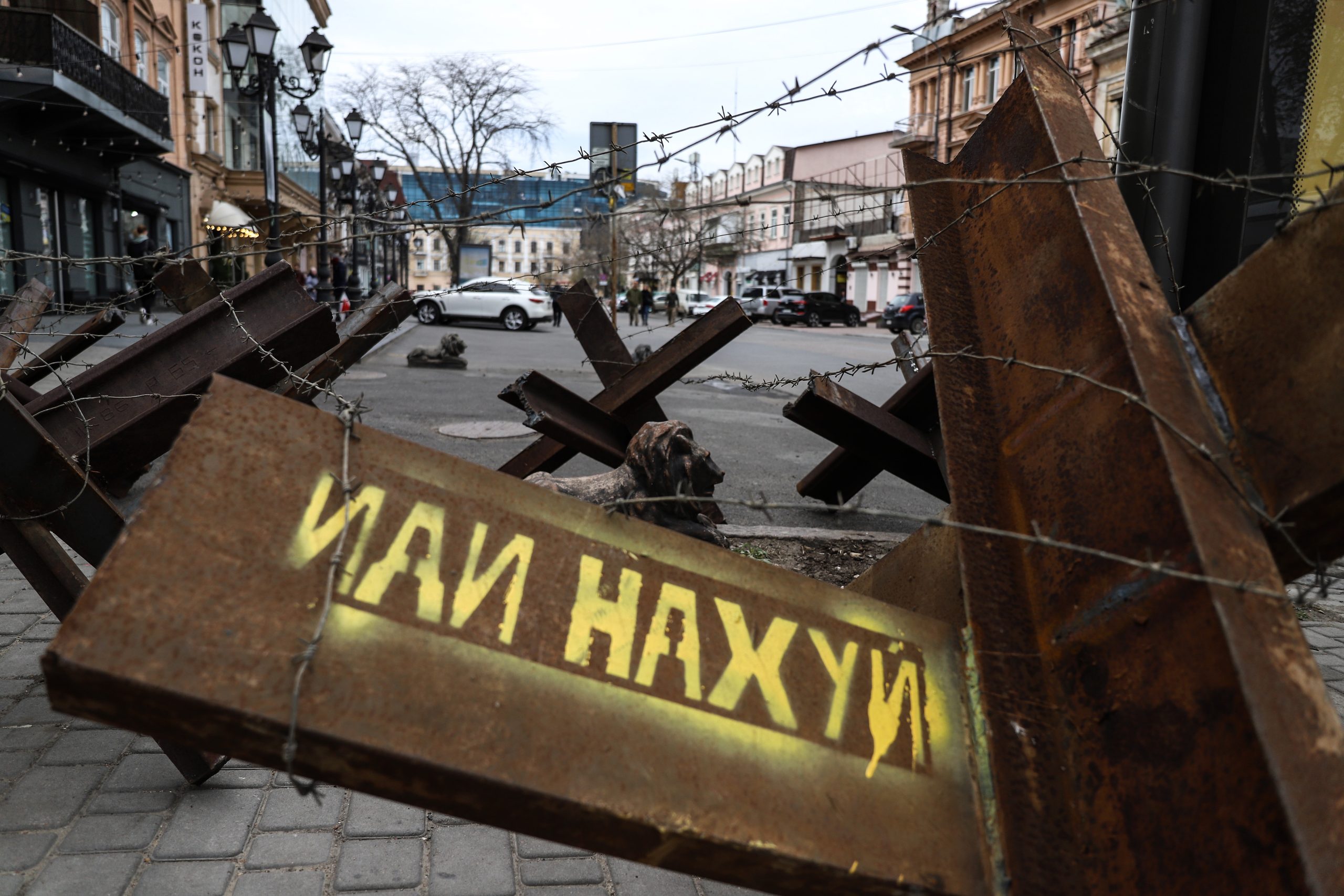 There are two types of trams in Odesa: the old clacking Soviet-era cars with an absurdly low number of seats, and the shorter, smoother, modern vehicles. As they break and slide, the high tone hits the same notes as Ukraine’s air raid sirens. The similarity is initially startling, but it quickly becomes just another background sound to be factored into the city’s new and unsolicited reality.

Colleagues who have spent time in eastern Ukraine now have similar visceral reactions to loud bangs, while a Ukrainian friend who lives in Kyiv has learned to distinguish between different types of aerial threats by noise alone. Now, this is all “normal”.

This past weekend the air-raid sirens have been increasing in frequency. They are widely ignored by residents. I somehow managed to stroll around the sunlit city’s wide and tourist-denuded streets for hours, admiring its faded splendor, before realizing that there had been an alert in place throughout, such was the absence of panic in the city.

And there is still a threat — largely indirectly via attacks on infrastructure rather than deliberate, indiscriminate assaults on civilians taking place elsewhere in the country. On the morning of October 22, Russia carried out a bombardment from the Black Sea with Kalibr cruise missiles against Ukraine’s critical infrastructure. There were four strikes in the south: one each in Odesa and Kirovograd regions, and two in the Mykolayiv oblast.

The Odesa strike cut off power supplies to 10,500 Ukrainian households here alone — and over 1.4 million in total. Three people were injured. “The scale of the damage is comparable or may exceed the consequences of the attacks on October 10-12,” national grid operator Ukrenergo later wrote on Facebook.

I had not ignored these sirens. The night before I was scanning Odesa Telegram groups, Twitter, and local news sources, and read enough concerning information (and possible misinformation) about drones or missiles being launched from either the Caspian Sea or Crimea (depending on the source) to decide that it might be good to heed this particular set of warnings.

The 11 pm curfew was approaching but I grabbed my bag, coat, and water and headed to a nearby shelter. Only one other man — youngish, wiry, and tracksuited, carrying his own small bag — was there with me. My hotel thought I was being ridiculous and sent several texts attempting to convince me to return, while I stubbornly (and slightly guiltily) stayed and sent out a couple of reassurances home that if there was any news about attacks in the south, I was perfectly safe.

It’s hard to fully appreciate the incredible efficiency of Ukraine’s air defenses until you depend on them. The people responsible for protecting the region are working overtime, and likely on very little sleep. Many incoming Russian missiles and their accompanying Iranian kamikaze drones are being brought down by Ukrainian defenses, saving an inestimable number of lives.

The gratitude was warming, in a way. But even with that, as well as my layers, a wool coat, and internet access, the cold, overwhelming tiredness, and impatience started to wear over the next three hours. “This is a very long one,” the man in the shelter told me. I left shortly afterward, just as a renewed air raid alert told citizens to continue sheltering in place. This time I ignored it. The chances of my hotel being hit were still minuscule and everyone has to sleep.

Until five hours later, when another Telegram alert woke me. Back in the shelter, the young man and his bag were there again, we acknowledged each other with tired eyes and bashful smiles. This one was much shorter. We learned that alongside the strikes, air defense forces had shot down four cruise missiles over the Odesa region and shortly afterward, a Ka-52 attack helicopter.

Now, the day could continue. I watched local volunteers distribute stew and bananas from an outdoor soup kitchen, and couples posing for wedding photos next to large metal hearts twisted with yellow and blue ribbons, mere feet from rows of anti-tank hedgehogs.

I walk through the book market, which, while buzzing, is quite a sad experience. Last year I wrote about the crisis in Ukrainian publishing. Now Roblox figures and Toblerones line the old stands. I speak to a man selling maritime literature who tells me that nobody wants books now, when they have the internet. It’s not all gloom, though — an acquaintance paints a slightly cheerier picture via a Twitter thread, stocking up on cheesecake and blini-based pear strudel before going to see “Halloween Ends” and eating at a French restaurant.

It is darker at night. The city’s crumbling beauty becomes somewhat hazardous, and I miss my step on the crooked curbs a little more often. Girls line up flaming shots in underground bars at 7 pm and get some dancing in before curfew hits. They’re the strongest source of light inside. Local alerts and officials tell us that “saving electricity is our duty today.” People are more than happy to comply, it seems. I hear the trams less too — the number operating has been sliced.

Discussing the “business as usual” attitude with the friend from Kyiv, she explains her rationale for ignoring the sirens. It is part of maintaining your mental resilience, she says. Sleeping in your own bed, drinking hot tea, and maintaining a façade of normality helps preserve your mental strength.

Because as the days get even shorter, darker, and colder, they are going to need every single bit of it.