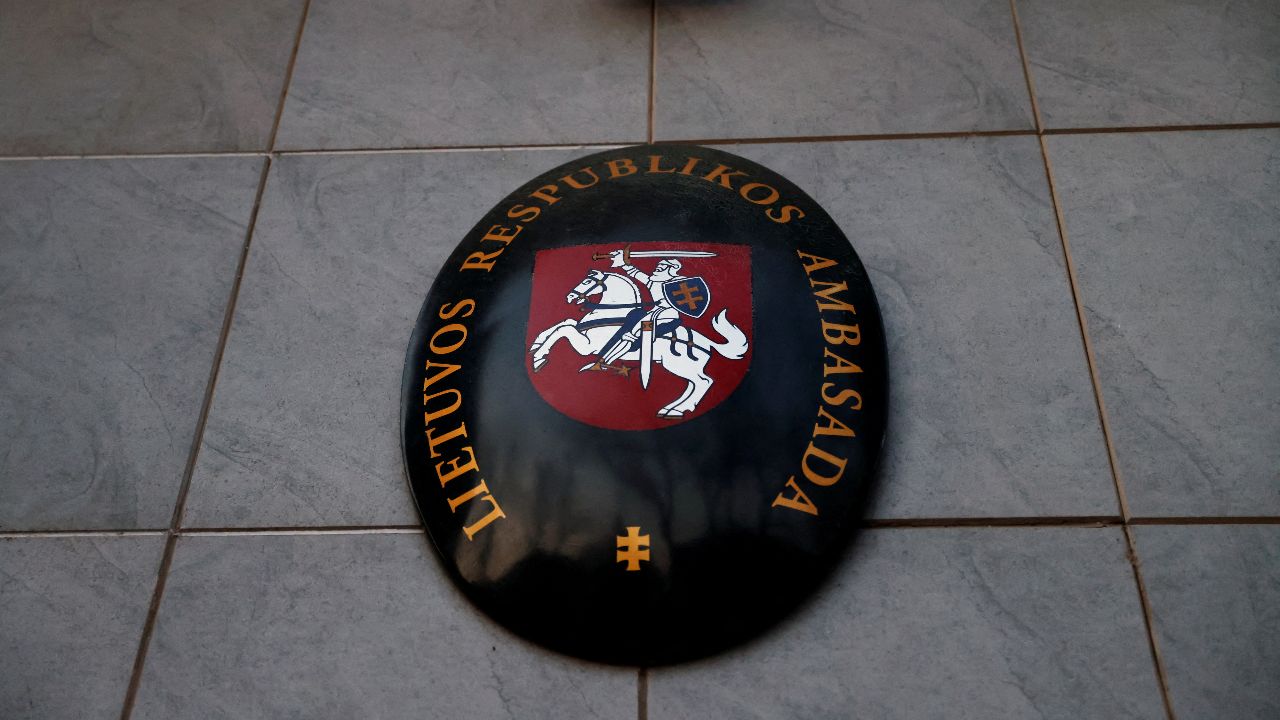 Signs on the lawn outside the Lithuanian parliament building warned of minefields, though there were no mines. Nervous young men with hunting rifles and meager ammunition were ready to die protecting their country’s fragile freedom. Soviet tanks rumbled around a barracks just a few miles away. Our fear was mixed with fierce determination. I remember it as if it were yesterday.

Thirty years later, Lithuania is once more in the eye of a geopolitical storm. And again, the question is not whether its own people have the will to resist tyranny, but whether the rest of the world will rally behind them.

The attack this time comes not from the Kremlin, but from the Chinese Communist Party. The cause is not Lithuania’s independence, but its solidarity with another beleaguered, unrecognized democracy: Taiwan. The focus is not the Lithuanian parliament building, but an anonymous nearby office block, home to the new Taiwanese mission. Hosting that is a defiant challenge to Chinese mainland authorities’ neurotic attempts to block all formal ties with the self-governing island. Lithuanians are showing solidarity out of principle: they know what it is like to be wiped off the map by communist bullies.

As expected, the mainland Chinese regime protested furiously, froze diplomatic ties, and imposed trade sanctions. But now it has raised the stakes. It told Lithuania’s embassy staff in Beijing that they would lose their diplomatic status — and thus their automatic right to leave the country. In effect, they would be hostages. In scenes redolent of a Cold War drama, friendly diplomats helped the Lithuanians hurry to the airport, and to safety. This episode alone marks the worst crisis in relations with a European country since 1981, when a Dutch sale of submarines to Taiwan prompted a three-year freeze in relations.

But that is not all: the Chinese authorities are also threatening to ban any European Union imports that contain Lithuanian-made components. That is a head-on challenge to the EU’s central and most cherished achievement: the single market. China can play divide and rule in other areas, for example by forestalling criticism of its human rights record. But the hallowed principle of the single market is that all countries that take part in it play by the same rules — and are treated equally when it comes to foreign trade.

The Chinese Communist Party is betting that the EU’s adherence to principle is a sham. In the end, it hopes, powerful export lobbies will put pressure on the Commission, and on their own governments, to make Lithuania back down. One can imagine the phone call, perhaps from Olaf Scholz, under pressure from Germany’s mighty auto manufacturers, suggesting to his Lithuanian counterpart that the offending Taiwanese office in Vilnius should close early for Christmas and never reopen. Failing that, the Chinese leadership will expect (and demand) that foreign investors close their operations in Lithuania and exclude it from their supply chains.

I doubt that will work. Chinese bullying is increasingly counterproductive. Slovakia is boosting its ties with Taiwan. The new Czech government is likely to do even more. Lithuania is not alone. Even if it were, it is unlikely to back down. Fifty years of foreign occupation have taught the Baltic states the cost of weakness in the face of tyranny. The restoration of independence, against all the odds, highlighted the rewards from principled defiance.

The real issue is the EU’s painstakingly acquired credibility as a rule-setting organization. If it will not show solidarity with Lithuania on such a central issue, why should anyone ever believe that it stands for anything, anywhere? The next few weeks will provide the answer.