We lost Afghanistan, now save Lithuania. 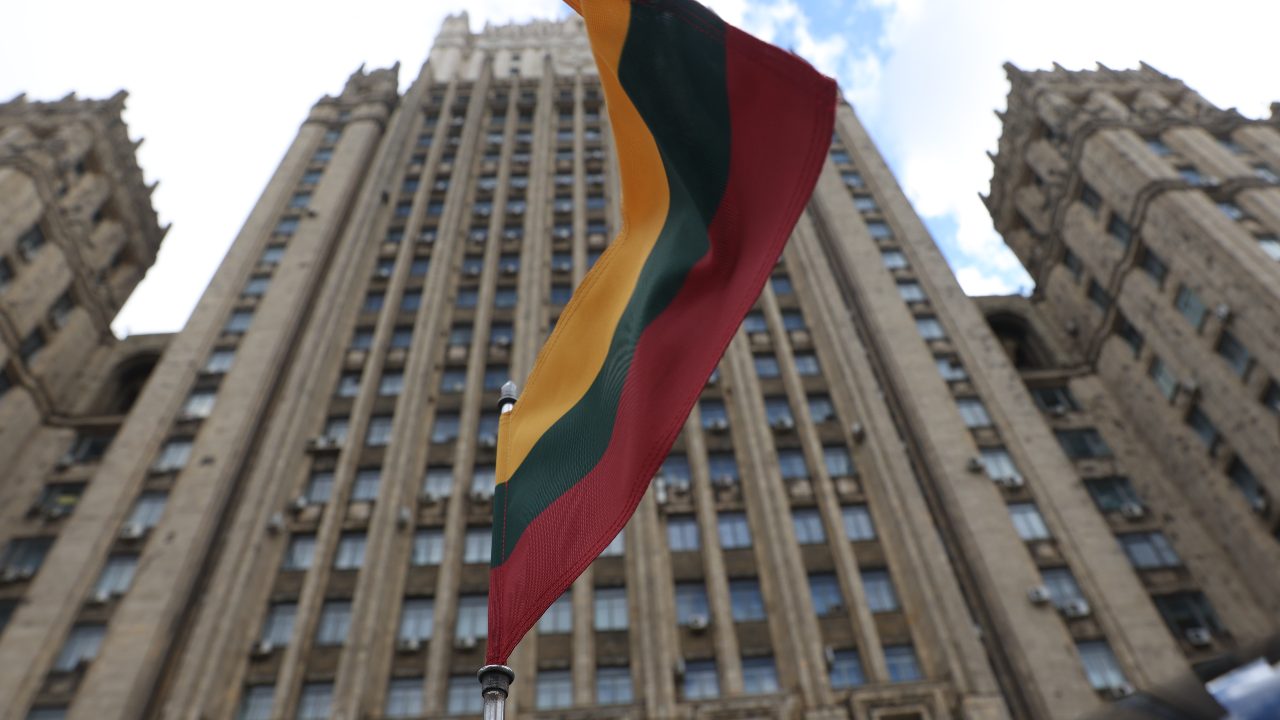 We lost Afghanistan, now save Lithuania.

Thirty years ago this month, Lithuania triumphed against overwhelming odds. Its resistance to a Soviet economic blockade, backed by lethal violence, hastened the evil empire’s collapse.

Now Lithuania’s courage is being tested again, by the Chinese Communist Party. It has already withdrawn its ambassador in protest at Lithuania’s invitation to Taiwan to open an office in Vilnius and cut direct rail cargo links. The communist regime in Beijing insists that the offshore democracy is merely a rebel province awaiting imminent reunification with the mainland.

But I can reveal that the pressure on Lithuania is much worse than reported. Thermo Fisher Scientific, the country’s flagship foreign investor, has been told that its operations in mainland China are at risk if the government in Vilnius does not back down. Together with other Chinese sanctions, this could potentially cost Lithuania 2.5% of GDP, or more than €1billion,

Lithuania’s government has enough on its plate already, chiefly dealing with the murderous regime in next-door Belarus. Must it really also sustain a fight with a country more than 500 times its size?

Yes, it should. Lithuania’s distinctive and principled foreign policy has already brought international stardom. That will pay dividends for years — cultural, diplomatic, economic, and military.

Czech experience last year suggests that Chinese bullying over Taiwan is — to use Chairman Mao’s phrase — a paper tiger. The more countries that stand up to China, the weaker its threats become. Victory by Lithuania would be a decisive blow to mainland China’s image of supposed invincibility.

The cost of groveling, by contrast, is huge, and not just to Lithuania. Any other country thinking of resisting Chinese pressure — on human rights, on academic and media freedoms, on technology policy, on Hong Kong, Tibet, or Taiwan — will remember what happened to Lithuania.

For that reason, any Western decision-maker seeking to regain prestige and credibility following the debacle in Afghanistan could find no better cause than supporting Lithuania.

Thermo Fisher Scientific is standing firm— it deserves plaudits for that. All Western businesses should stand up to Chinese bullying, not act as its accomplice. True, they may risk losing business in China. But they stand to lose far more if Western governments and other customers exclude them from procurement contracts, if employees choose to work elsewhere, and if investors sell the shares (I have just bought a tiny quantity of Thermo Fisher Scientific shares to show my appreciation).

Western governments — and other well-wishers — should amplify Taiwan’s efforts to cushion any shock to Lithuanian foreign trade and investment. The cost is tiny against the West’s $40 trillion GDP. The benefit is huge.

Next, more countries should follow Lithuania’s lead in pulling out of the 17+1 (a Beijing-run regional beauty contest), in holding hearings about human-rights abuses in China, in offering succor to those fleeing Hong Kong, and in boosting ties with Taiwan.

This will send the vital message to Beijing that bullying is counterproductive. Lithuania is not small or isolated. It is at the heart of the mightiest military and economic structures in the world. Mess with it at your peril.

Even if such support is slower and patchier than I would like, Lithuania should still be unflinching. A concession on the seemingly trivial issue of the exact name of the Taiwanese office (forcing a change to “Taipei Economic and Cultural Representative Office” for example) will be just the start: the bullies will be back for more.

Much hangs on this. As a friend of Lithuania’s for more than three decades, I hope that other countries ride to the rescue. But I remember 1990-91 when they didn’t. And Lithuania won anyway.