Russia is menacing the world with hunger and revolution, but the solutions are far from obvious. 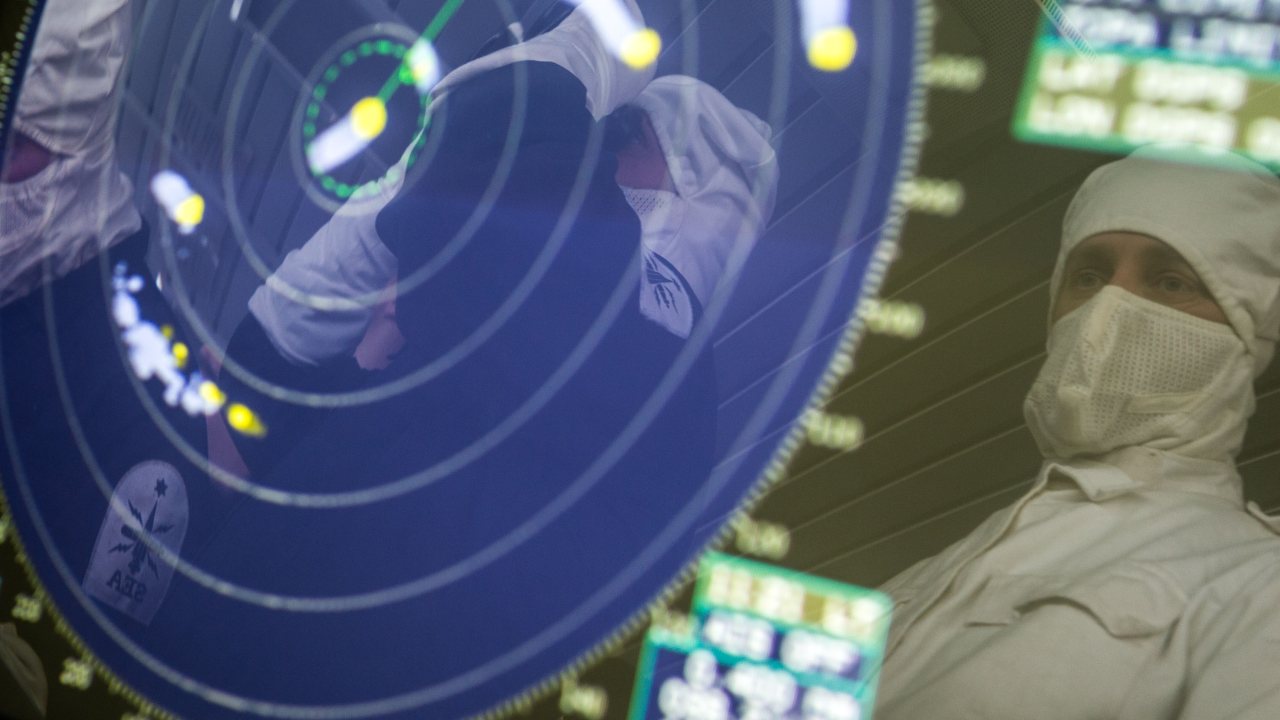 While the Kremlin’s war against Ukraine rages on land, devastating countryside and cities alike, the conflict has also throttled the flow of commercial seaborne traffic to its once-bustling ports. For Ukraine, the effects of the Russian blockade are severe, as exports account for approximately 41% of its economy, but the impacts extend far beyond the shores of the Black Sea.

The most acute of these is the disruption to the flow of Ukrainian grain, wheat in particular, into the global market, causing steep price rises since the invasion began in late February. Moreover, as Ukrainian wheat amasses in-port, buyers abroad are struggling to find alternative sources to satisfy their nations’ dietary needs. Not only does this food situation bode ill for millions of people reliant on Ukrainian grain imports, but Russia’s control over the flow of commercial traffic from Ukraine feeds back into the Kremlin’s war effort and bargaining power.

Can the blockade be broken? Just as the debate over the possibility of imposing a no-fly zone raised concerns about escalation and operational feasibility, Russia’s undeclared blockade presents a myriad of risks. Breaking the blockade is only one piece of the puzzle fraught with its own complications, since the ability to safely load cargo ships in port remains uncertain, anti-ship mines continue to litter the sea lanes, and the Russian Black Sea Fleet’s submarine force lurks under the surface.

We are witnessing the beginnings of a manmade food crisis that threatens severe hunger and political instability on a global scale. Action must be taken to mitigate this, and soon. As the United Nations World Food Programme (WFP) Executive Director David Beasley said on May 19, some 276 million people are now at risk. “Failure to open those ports in the Odesa region will be a declaration of war on global food security,” he told the UN Security Council.

Wheat is among the most important of traded grains, integral to approximately one-third of the world population’s diet. For its part, Ukraine has been in among the top five exporters of wheat for the past several years — the fifth largest exporter in 2020 and the fourth largest in 2021, (partially owing to a lack of data on Russian exports for 2021). In 2021, Ukraine’s exports of wheat totaled over 20 million tons sent to 82 countries abroad, 28 of which imported over 100,000 tons. Moreover, Ukraine was the second largest exporter of corn and the largest exporter of sunflower seed oil, producing roughly 46% of global sunflower seed oil supplies alone.

Today, however, 30 million tons of wheat sit unmoving in silos across Ukraine, or at least in those that have not been destroyed by Russian artillery. This disruption of the flow of Ukrainian wheat disproportionately affects states with fragile domestic political orders.

This is especially true throughout the Middle East and North Africa where Ukrainian wheat exports account for as much as 80% of some states’ imported supply. Among the largest importers of Ukrainian wheat include Egypt, Turkey, Pakistan, Morocco, Yemen, and Lebanon. This issue is further compounded by the fact that throughout the region the per-capita consumption of wheat products is almost twice the global average. Worth noting as well, is that the WFP purchases roughly half of its wheat from Ukraine.

In the short term, some import-reliant states like Egypt maintain that current stocks are sufficient. As the war in Ukraine and the Russian blockade drags on, however, the long-term effects on the populations of import dependent states are likely to be exacerbated. When food becomes scarce, domestic turmoil ensues, producing domestic and international security ripple effects – food insecurity was one of the driving forces behind the 2011 Arab Spring.

Despite some spectacular triumphs of Ukraine over Russian naval forces — such as the sinking of the amphibious ship, the Saratov, and the Black Sea Fleet’s flagship, the Moskva — Ukraine is likely incapable of fully lifting the blockade while also protecting a resurgent flow of commercial shipping. Indeed, even if the West continues to furnish Ukraine with anti-ship weaponry and it continues to inflict damage on the Russian fleet, there are several key complications.

Foremost among these considerations is the Black Sea Fleet’s undersea warfare contingent of no less than four active Kilo-class submarines, possibly six. Should the blockade be broken by force and commercial ships loaded with Ukrainian grain attempt to make a break for the Bosphorus, Russian submarines could easily sink the vessels. Considering that Russian naval forces have already fired on several neutral commercial ships, causing a number of deaths, and the Kremlin’s complicity in manufacturing the nascent food crisis, this scenario cannot be ruled out.

Russian land-based assets on Snake Island could similarly menace sea lanes, and the flow of shipments out of the Danube as well. Perhaps more insidiously, however, there is the mine threat. Drifting sea mines have reached as far as Turkey and Romania, reportedly hitting traffic on the Danube River. While the full extent of the threat posed by Russian and Ukrainian sea mines is not certain, their existence necessitates counter-mine operations before commercial traffic can safely resume in the Northern Black Sea.

The United States Navy is fully capable of conducting such counter-mine and escort operations utilizing its forward deployed forces in Europe. Yet there are problems in doing so.

Such action risks the possibility of Russian attacks on American ships, accidental or intentional, inevitably resulting in a very significant escalation of the war. The same would be true should NATO attempt to deploy its Mine Countermeasures Groups or Standing Maritime Groups to the Black Sea. But even if the United States or NATO did resolve to do this, it remains to be seen whether Turkey would allow passage through the Dardanelles and Bosphorus under the provisions of the Montreux Treaty. (Ominously perhaps, Turkey is currently touting a shopping list of demands in return for agreeing Finland and Sweden’s accession to NATO.)

One possible solution would be to encourage non-aligned states to conduct counter-mine and escort operations. This is not entirely out of the realm of possibility, given that some of the most in-need states, like Egypt and others, maintain sizeable naval forces and countermine warfare units. If the UN were to prove capable of organizing a humanitarian coalition to conduct naval operations in the Northern Black Sea, the looming food crisis in vulnerable states can be alleviated.

Nonetheless, each scenario necessitates a degree of acquiescence by the Kremlin. In part, this can be seen as one of Putin’s few strategic victories since beginning his invasion. He has effectively asserted control of Ukraine’s export-heavy economy and, in turn, over the lives of millions of people abroad.

Should Putin allow a humanitarian coalition to escort grain shipments out of Ukraine, it is possible that Russian naval forces could leverage the situation to their advantage by launching amphibious operations against Ukrainian ports now clogged with scores of foreign-flagged ships whose vessels might be used to shield Russian naval vessels in combat. Given that the Russians have previously made use of human shields on land and sea, this possibility cannot be ignored. Conversely, the West would likely be asked to make concessions on anti-Russia sanctions to ensure the safety of outbound grain shipments.

Of course, there are alternatives to naval action, such as the European Union’s overland transportation concept. Yet it remains true that existing land-based transportation infrastructure and capacity are insufficient to fully replace seaborne shipping and such plans would not resolve the status of the civilian commercial ships trapped in Ukraine’s ports.

Yet as the conflict continues and the blockade worsens, the issue of Ukrainian food exports will only become more acute. What this episode reveals is that Russia has once again politicized a resource, as it did with oil and natural gas, vital to dozens of states abroad. The Kremlin thus appears to have enhanced its Russia’s geostrategic position at the expense of the international community’s wellbeing.

Retired Navy Admiral James G. Foggo III is a distinguished fellow at the Center for European Policy Analysis and former commander of U.S. Naval Forces Europe and Africa, and Allied Joint Force Command, Naples. He commanded BALTOPS in 2015 and 2016 and Exercise Trident Juncture in 2018.

Benjamin Mainardi is an analyst at the Center for Maritime Strategy. He holds a master’s in War Studies from King’s College London.