Russia conducted a full-scale strategic nuclear exercise on October 26. It was the first since the start of its full-scale invasion of Ukraine, and was accompanied by threatening nuclear rhetoric. 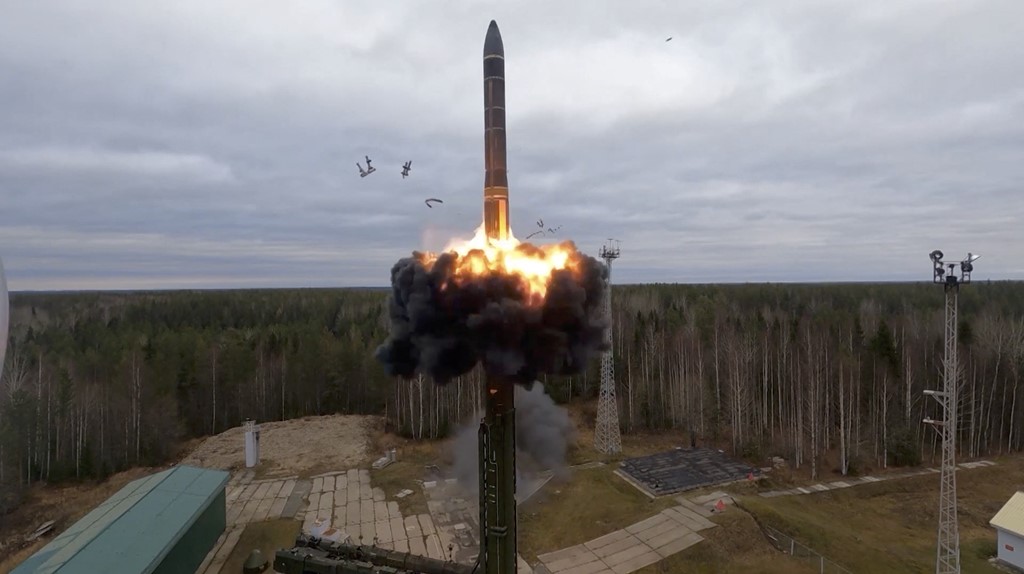 The nuclear drill is, as US Air Force spokesman Brigadier General Patrick Ryder said, a routine annual exercise. It really is. Such exercises have been held annually since 2012 and are designed to test the combat readiness of the nuclear triad. But there were significant and distinctive differences this time.

In past years, the Kremlin has stated that the exercise is not directed at other countries. This time, there were no such statements; the conclusion must therefore be that Vladimir Putin and his ministers want to signal that Russia is ready to fight the United States, which they describe as the main threat. This time, the drills involved the launching of a massive retaliatory strategic strike in response to an enemy nuclear attack.

The interpretation offered by pro-Kremlin experts is that Russia is demonstrating it is not planning a tactical nuclear strike on Ukraine. However, by scheduling its drills concurrently with NATO nuclear exercises, the Kremlin is showing that it can respond to any conceivable Western act.

Russia started a #nuclear drill amid the ongoing war with #Ukraine. During this, ballistic missiles were also launched.
According to reports, President Vladimir #Putin watched the entire exercise from a control room. #UkraineWar #RussiaInvadedUkraine pic.twitter.com/TZgGrKAqn8

As with nuclear rhetoric, Moscow believes that the nuclear exercises deter third parties from involvement in the war. Another popular narrative is the idea that this signals to the West that it should dissuade Ukraine from supposed strikes on the Zaporizhzhia nuclear power plant, or the use of a dirty bomb.

At the same time, Russia mocks NATO exercises, saying that the alliance has credibility issues since only aviation is involved in the drills, and that the condition of other components of its nuclear forces can only be guessed at, while Russia exercises the full nuclear triad every time.

All in all, the Kremlin hopes to show that it possesses full-spectrum nuclear forces that it can use at short notice. It thus hopes to frighten Europe, and raise pressure on the United States to negotiate with Ukraine.

Yet the most recent exercise was too formal to fulfill Putin’s political aims. The Russian Defense Ministry called it an “exercise of strategic deterrence forces”, including strategic nuclear forces with intercontinental missiles and strategic bombers, but also surface ships and naval missile-carrying aircraft with high-precision long-range weapons. During the exercise, only the Yars land-based intercontinental ballistic missile and the Sineva naval ballistic missile were launched, along with two cruise missiles launched by two Tu-95MS. This was not enough to demonstrate the full capacity of the country’s strategic deterrence.

For example, the drill saw the use of a Sineva missile rather than the newer Bulova missile, which says two things: that the latest missile is expensive and it, therefore, makes sense to use stocks of earlier and presumably more numerous designs; and secondly, that the risks of a launch or flight failure are too high. The launch was again carried out from the Barents Sea to the test site in the Kamchatka peninsula in the Russian Far East, which indicates that the navy and industry still have difficulty loading missiles and testing them from the Pacific. And previously, strategic submarines of two or even four fleets participated in nuclear exercises, rather than the Northern Fleet alone, as happened this time. Surface ships and naval aviation were also not involved, which may also indicate that they have other, wartime, priorities

The Tu-160 strategic bombers that participated in the 2020 exercise for example, were absent this year. They have been used recently in attacks on Ukrainian cities.

Nor did Russia use the Kalibr cruise missiles, Iskander ballistic missile systems, or the Kinzhal and Zircon hypersonic missiles, which are also being used for the war in Ukraine. Previously, Russia fired from three to six ballistic missiles and up to 12 cruise missiles in nuclear exercises. Not this time — the armed forces simply do not have enough of a diminishing stock to employ them in exercises.

In recent years, the drills lasted for at least two days. This time, everything was wrapped into a single day. And at the same time, NATO increased the duration of its nuclear exercises from one to two weeks. The war for Russia turned out to be more important than showing off.

Nevertheless, even during the war in Ukraine, it is important for Russia to show the power of its nuclear forces even if it cannot make this an effective political campaign to intimidate the West.

The war drains forces and finances. It is difficult to organize large-scale exercises. Moreover, Russia’s strategic nuclear forces may have the same quality problems as its conventional forces. Conducting large-scale exercises is a risk since it may reveal imperfections (which is precisely what happened in 2019, when the second scheduled submarine missile launch was canceled due to the boat’s failure of launch command systems.)

Now, when war is being waged, it is unacceptable to show weakness. Russia’s nuclear forces can still destroy the entire planet, but they cannot convincingly demonstrate their effectiveness and superiority.