Putin’s War in Ukraine: It’s Essential Not to Talk

Talks to salvage the Russian regime from its own mess are unthinkable. For now, the guns must continue to speak. 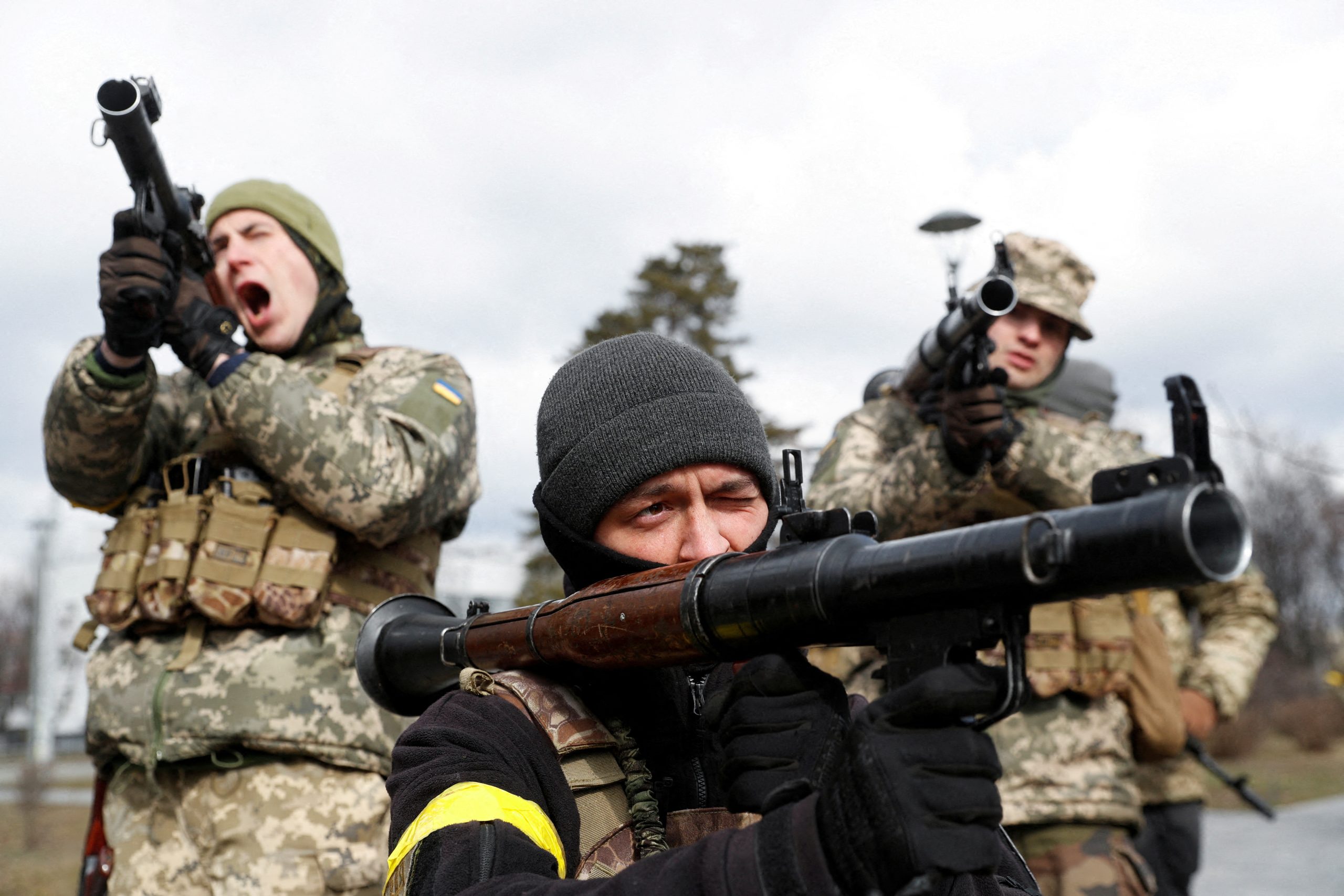 There has been much talk in recent days about Western leaders’ willingness to discuss an end to the war in Ukraine with its author, Vladimir Putin. This is a replay of the run-up to the Russian invasion in February, and the weeks after the invasion when European leaders rushed to visit the Kremlin, or reach its elusive head, by phone.

All they received for their efforts was a ritualized humiliation at Putin’s hands, be it a lonely, televised walk down one of the Kremlin’s endless corridors, or a seat at one of his absurd over-long tables.

Their supplications echoed the ritual humiliation received by those who were involved in the Franco-German inspired “Normandy Process” in pursuit of the Minsk Agreements created after the Russian seizure of Crimea and the first invasion of Eastern Ukraine in 2014. The best that can be said for that phase of the pantomime is that it may have afforded Ukraine more time to prepare for the bigger invasion that was to follow. But that is not saying much. The West, despite fine words, did nothing to reverse the Russian assault. The Normandy Process was certainly not a Normandy landing.

Politicians and diplomats are prone to believe in the power of talk. They imagine that somehow the right words and formulae can be found if only enough words are used in multiple formats by multiple actors. Words — or talks, negotiations, whatever you call them — can always, they believe, find a way, even to resolve the unresolvable. “Talks” are the opioids of politicians and diplomats.

In this case, some perhaps dream that talks could start to make things right again and get us back to a reassuring pre-February world where everyone subsisted on convenient euphemisms. For example, after the first Russian invasion of Ukraine in 2014, to claim that the problem in the Donbas was “Russian-backed separatists”: not, of course, invading Russian forces.

Europe’s desperation, especially that of France and Germany, to somehow seduce Putin into becoming a true partner has never entirely gone away, a process much like fanning the dying embers of a failed love affair.

Diplomats like to talk about “off-ramps”, which in this case involves the question: “How do we get Putin out of the hole he has dug for himself?” But, if Putin wants to end the war he started in 2014 and redoubled in 2022, and withdraw from Ukraine, he can do so any time he wants. This is not the West’s problem to solve. Putin must save his own face, if he can.

Nevertheless, despite the earnest mantras of “no discussion about Ukraine without Ukraine” and “only a deal which Ukraine can accept”, it is now becoming common currency to argue that wars must always end in talks. Hopefully sooner rather than later, with the appended expression of hope that the suffering of Ukrainian civilians is curtailed. It is an inconvenience (and perhaps an irritation) that the Ukrainians prefer to fight for their country.

It is of course the case that the suffering our leaders have in mind is often in truth that of their own populations rather than any other. High energy and food prices pushing inflation to multiyear highs make governments nervous. So do our all too limited weapon inventories. And who wants to tell voters that war might come to our safe and prosperous lands, and on a scale that would dwarf 9/11, rather than being fought far from home? Leaders may squirm, but many Western citizens recognize that this is not a conflict of choice and that it involves all of us, whether we like it or not. It is a war about the values we profess.

The war is also part of a bigger contest with totalitarian powers — China and Russia — which share neither our interests nor our values. This is a contest that, alongside climate change, is the defining challenge of our times. It is a battle for the soul of the world. How genuinely do we believe in our values, and what will we sacrifice to defend them? Whatever the outcome in Ukraine, there is no avoiding and no abstaining from the battle.

Those who advocated talking to Hitler in the early stages of World War II faced eventual disgrace. History has not been kind to Lord Halifax, the British Foreign Secretary, who urged talks on Churchill and was banished to Washington. Or Joseph Kennedy, who as US Ambassador to Britain sought talks with Germany on behalf of Britain (sounds familiar, doesn’t it?), and was — with ironic symmetry — recalled to Washington. The lovers of “talks” then had plenty of experience with Hitler before the war, but still could not resist one last search for an “off-ramp.”

By coincidence, that was about nine months after the start of the Second World War. Now it is about nine months after the start of Putin’s war in Ukraine. Now, as then, in fact, it’s good not to talk. We need to show patience and resolve. We stayed the course in Afghanistan for 20 years, where much less significant issues were at stake. Ukraine surely deserves no less.

The US and other countries have provided significant support, and thus far the West has shown an impressive degree of unity and resolve in the face of massive Russian aggression. But much more military support for Ukraine is needed now, and will potentially be needed for years to come. That should include providing security guarantees for Ukraine (not for Russia.)

We should not countenance anything less on behalf of Ukraine, which has shamed us all over the last nine months by showing that they really do believe in our values, and are willing to fight for them.

We can work to redeem that shame by giving Ukraine all the support it needs, rather than working to redeem President Putin, who needs to pay the proper price for his brutal aggression. If we fail to hold him to account, we can be sure that we will merely prepare the ground for further aggression of the same kind. There is only one way to deal with a bully.

Patrick Turner was between 2015 and July 2022 an Assistant Secretary General at NATO, first for Operations and latterly for Defence Policy and Planning. He worked for the UK Government for 38 years, principally on defense and security issues. He is currently a Distinguished Fellow at the Center for European Policy Analysis.