Russia to the Rescue

As Clamor Mounts for a COVID-19 Inquiry, the Kremlin Is Carrying China’s Water 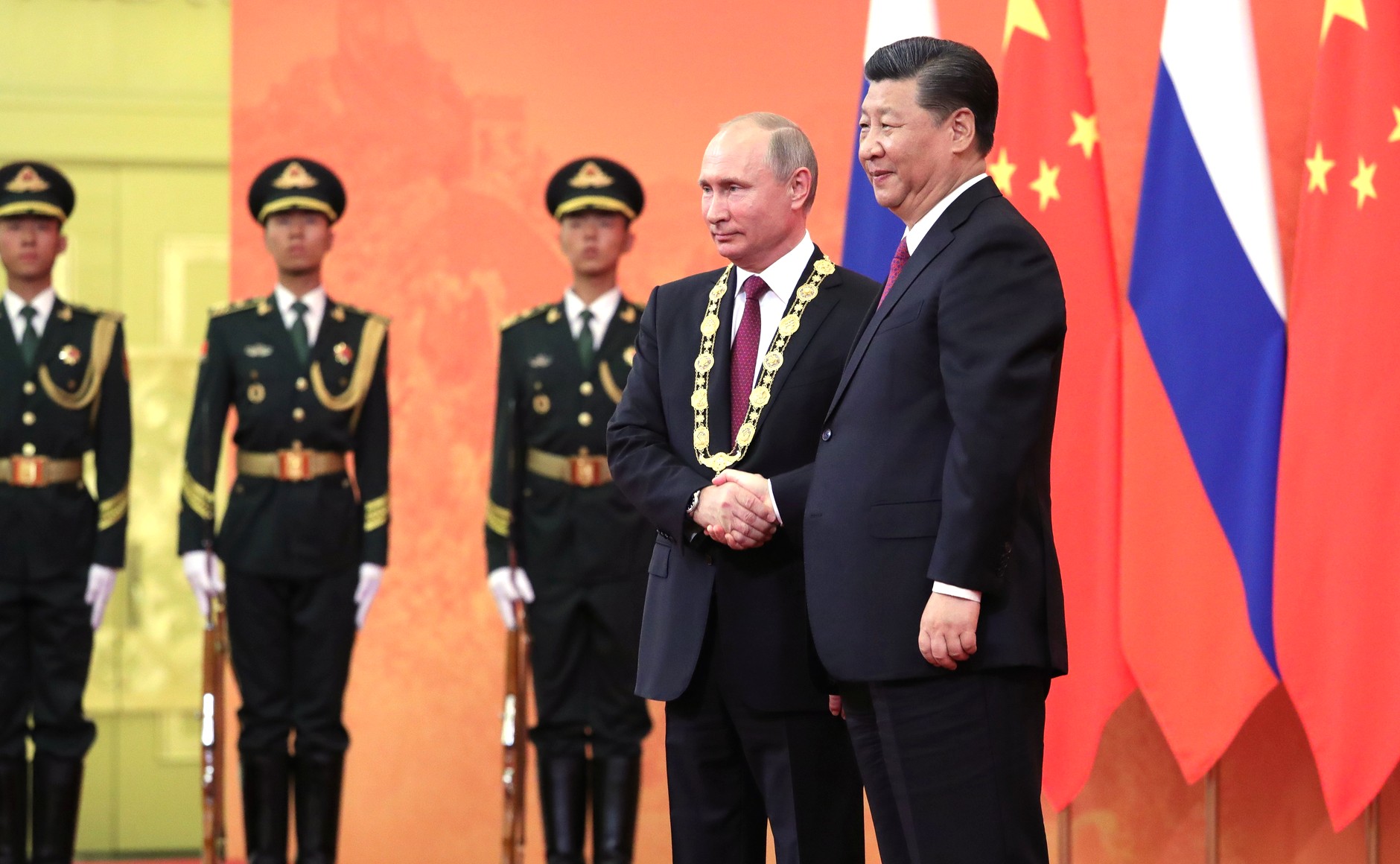 As Clamor Mounts for a Covid-19 Inquiry, the Kremlin Is Carrying China’s Water

China faces an international backlash, both over its secrecy and lack of transparency in the early stage of the pandemic and for conducting a disinformation campaign as the virus spread across the globe.

Now a prominent Russian commentator claims that the regime in Beijing explicitly appealed for Kremlin help. “Our Chinese comrades have requested that the Kremlin block any attempts at an international investigation into their hiding of the origins and scope of the covid-19 pandemic,” wrote Valery Solovei in a widely shared Facebook post. The former professor at the Moscow State Institute of International Relations is credited with extensive contacts within Russia’s power elite.

His comments came amid what appears to be a coordinated campaign in the Russian media, both domestic and international, to discredit and undermine any attempt to investigate China’s handling of the outbreak. Russia can also be expected to use diplomatic and other influence, including its veto power on the UN Security Council, towards the same goal.

The campaign has several strands. One is that American criticism of China could escalate into a deadly global confrontation (though in truth, disapproval of China is hardly confined to the United States: criticism has been forceful in countries ranging from Australia to Germany).

Sergei Rogov of the Russian Academy of Sciences Institute of the USA and Canada told the mass-circulation tabloid Moskovsky Komsomolets: “The confrontation between the U.S. and China is becoming the central axis of the system of international relations. To a certain extent, one can draw parallels here with the Cold War.”

Likewise, in the slavishly pro-Kremlin daily Izvestia, Ivan Timofeyev, program director of the Valdai Club, a state-sponsored talkfest for foreigners, wrote that tension over China’s handling of the outbreak means that “the prospect of a new Cold War and yet another crusade looms on the horizon.”

If Kremlin surrogates like Timofeyev and Rogov are raising the specter of bipolar global conflict, others are sending another message that appears to mock Beijing’s critics: China is so powerful that resistance is futile. “Will even one serious country refuse to interact with China? Not only will Russia not refuse, but Europe will also not refuse. Nor will any of China’s business partners. It is physically impossible. Even America will not refuse,” the political analyst Yevgeny Satanovsky told Moskovsky Komsomolets. This appears to be preparing the public for an escalating Sino-American confrontation in which Russia will be firmly in the Chinese camp.

In the Kremlin-controlled international media, the line is slightly different. The goal here appears to be to drive a wedge between the U.S. and its allies, and to discredit any international inquiry as politically motivated. A recent op-ed in Sputnik, Russia’s flagship state-run international media outlet, cited the leftist emigre German sociologist Heinz Dieterich as saying that efforts to scrutinize China’s handling of the outbreak were a U.S.-led “Cold War-style smear campaign” involving “psychological warfare” aimed at establishing “a global anti-China coalition.” This, he argued, would be the pretext for lawsuits aimed at gaining trillions of dollars in compensation for the supposed cover-up and negligence.

The coordination between the regimes in Beijing and Moscow should not be surprising. A recent report by RFE/RL and the European External Action Service identified a “trilateral convergence of disinformation narratives” being promoted by China, Iran, and Russia. A likely next stage will be to conflate legitimate calls for scrutiny and accountability with discredited conspiracy theories such as those claiming that covid-19 is a Chinese biological weapon.

Transatlantic unity and coordination in a fair, transparent inquiry into the pandemic’s origins is essential anyway. With Russia and China attempting to muddy the waters, it is more vital than ever.