Deconstructing Moscow’s Deepening Intervention in Belgrade Contrary to conventional assumptions, Serbia and Russia do not have a close alliance but an asymmetric coupling in which the Kremlin exploits its dominance. When Moscow needs Serbia to fulfill certain international tasks to Russia’s advantage, it increases pressure on Belgrade. This is evident with the ongoing debate over […] 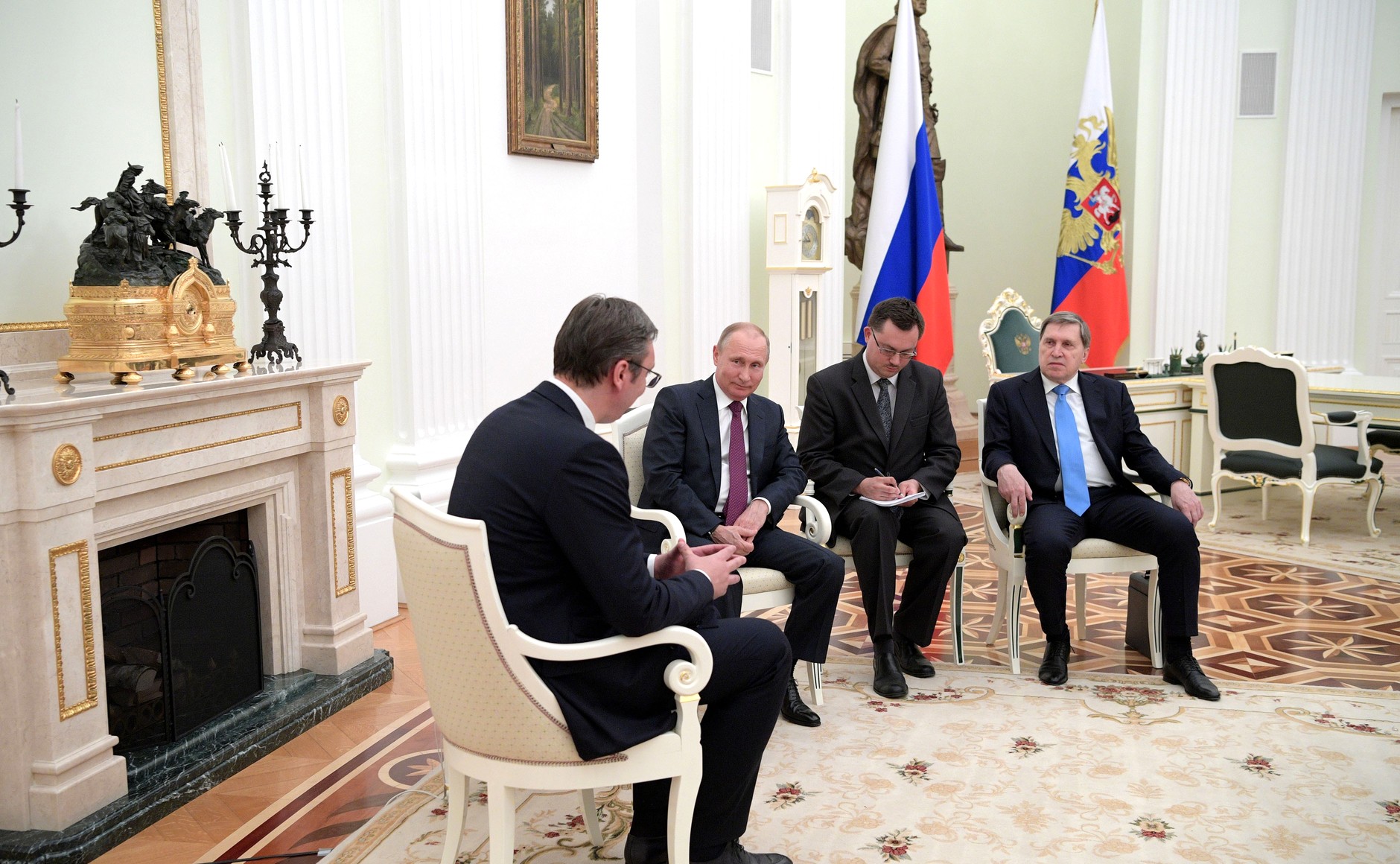 Contrary to conventional assumptions, Serbia and Russia do not have a close alliance but an asymmetric coupling in which the Kremlin exploits its dominance. When Moscow needs Serbia to fulfill certain international tasks to Russia’s advantage, it increases pressure on Belgrade. This is evident with the ongoing debate over border adjustments in the Western Balkans.

Although official history claims that Russia was instrumental in liberating Serbia from the Ottomans, the real ambitions of the Tsars was to expand their empire toward the Mediterranean. Christian Orthodoxy and pan-Slavism were useful ideological tools crafted to convince Serbs that Russia was defending their national interests.

After World War Two, Stalin undercut Serbian ambitions and prevented the emergence of a Balkan Communist federation combining Yugoslavia and Bulgaria because he feared that a strong state in the region would challenge Moscow’s diktat. Tito’s Yugoslavia subsequently demonstrated that Belgrade was unwilling to remain a loyal puppet when it broke from the Soviet bloc in 1948 and helped to establish the non-aligned movement.

Milošević and Yeltsin were not close allies but exploited each other’s political ambitions. With the onset of war in Yugoslavia during the 1990s, Belgrade appealed to Russian solidarity whether over preserving Yugoslav integrity, creating a Greater Serbia, or retaining control over Kosova. Moscow in turn manipulated Serbia’s grievances against the US and NATO to demonstrate that Russia remained a major factor in European affairs. However, since the overthrow of Milošević, Serbian governments have adopted the role of Russia’s junior partner, enabling Putin to transform Serbia into Moscow’s outpost in the Western Balkans.

The Kremlin calculated that in exchange for blocking Kosova’s entry into the UN and other international bodies in which Moscow has a veto, Belgrade would surrender ground to Russia and disqualify itself from Western institutions. The scars from the 1999 NATO intervention over Kosova to prevent the genocide of Albanians have not healed sufficiently for Belgrade to petition for NATO membership. And through its propaganda weapons Moscow makes sure that anti-Alliance sentiments are constantly nurtured among the Serb public.

Russian media also persistently broadcast the disinformation that Russia is Serbia’s main economic benefactor, even though its trade and investment in the country is not only dwarfed by the EU but is based largely on opaque deals that benefit corrupt politicians. Serbia was persuaded to give Gazprom majority shares in its major oil and gas company, NiS, and entered into other deals that tied the country tightly with Russia’s energy supplies. Belgrade was also pressured to open a “Russian-Serbian Humanitarian Center” near the southern city of Niš, which Russian services can use as an intelligence gathering facility vis-à-vis the West.

In a new twist to its exploitation of Belgrade, the Kremlin now seeks to benefit from Washington’s goal to “normalize” relations between Serbia and Kosova. As the notion of land swaps has been mooted, the Kremlin is pushing Serbia to accept territorial exchanges with Kosova despite the political resistance in Belgrade. The unprecedented meeting between President Putin and Kosova’s President Hashim Thaçi during the World War One Armistice anniversary in Paris, the first between the heads of both states, ratcheted up the pressure on Serbia’s Prime Minister Aleksandar Vučić.

Putin’s strategists are pursuing two main objectives. First, border changes in the Balkans approved by Western powers can be trumpeted as a valuable precedent and example for Crimea, Donbas, Transnistria, and other regions coveted by Russia. Officials can contend that changes in the Kosova-Serbia border simply bring co-ethnics into the motherland. Hence, a similar process can be applied to territories with sizeable Russian populations, including parts of Estonia, Latvia, Belarus, Ukraine, Moldova, and Kazakhstan.

Second, the Kremlin simultaneously calculates that border changes in the Balkans can create havoc for NATO and the EU by stimulating calls for further partitions. Local nationalists could orchestrate violence to demonstrate that ethnic co-existence is not feasible and borders have to be adjusted. A ripple effect of territorial aspirations would not only affect unsettled states such as Bosnia-Herzegovina and Macedonia, but also embroil NATO members Croatia, Albania, and Montenegro.

Vučić will come under increasing Western pressure to forge a deal with Prishtina but may not be able to contain domestic nationalist opposition without Kremlin backing. If Belgrade officially acknowledges the loss of Kosova through a bilateral accord, Russia’s appeals to Slavic Orthodox solidarity may be insufficient. Instead, and regardless of Vučić’s reluctance, Moscow can express support for the partition of Bosnia-Herzegovina and Serbia’s incorporation of Republika Srpska (RS). This would be a bigger prize than the northern fringes of Kosova, particularly as RS leaders yearn to join Serbia.

The result of Moscow’s deepening intervention will be to embroil Vučić in a new conflict with the EU, NATO, and the United States over Bosnia-Herzegovina. This will also serve Kremlin interests by blocking Belgrade’s path toward EU accession. The lesson for Serbia is that unless it breaks free from Russia’s suffocating political grip, it cannot achieve its national potential and will continue to be exploited as a pawn in Putin’s campaign to dismantle the West.