Righting the Collective Wrong on Ukraine

How did we reach this difficult moment on Ukraine and what should be done next? The West could begin by acknowledging the truth of an eight-year-old conflict 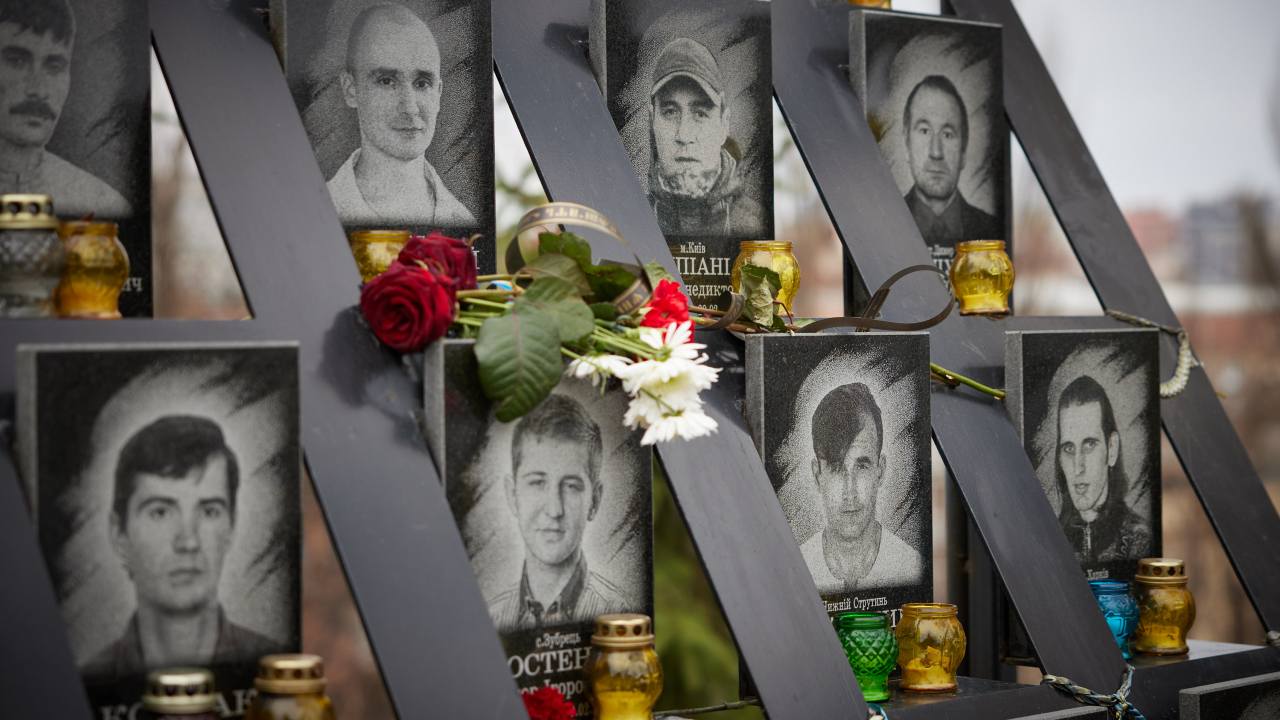 The current tensions have roots that go back to early 2014, when Russia invaded and began occupying parts of Ukraine. In fact, back when Russia seized Ukraine’s Crimea peninsula and kickstarted hostilities in the Donbas, Ukraine was constitutionally a neutral country.

The collective failure to acknowledge, from the very beginning, the truth about Russian President Vladimir Putin’s ill-intentioned policies in Ukraine has dual roots. One is a diplomatic blindness, and the second is a media that has failed to deliver on the basic mission to inform their audiences of the facts.

The diplomatic failure is in part based on the notion that we need to keep doing “business as usual” because Russia is an important economy and key supplier of gas to the West (Germany, for example, relies on Russia for about half its gas consumption.) This has kept the alliance of democracies that support Ukraine from applying proportionate costs to Russia in response to its behavior.

Putin supports dictators. He has allied with Bashar al-Assad in carrying out war crimes in Syria, he has allied with Lukashenko in ending rightful popular protests against the theft of the democratic choice of the people of Belarus, and he has most recently allied with the embattled Kazakh President in crushing dissent, and killing scores of protesters in the process. At the same time, Putin works (at arm’s length, but with obvious synergy) to undermine the concept of democracy across the European Union and elsewhere. There should be no “business as usual” as long as Putin continues these practices.

The failure of the media goes arm-in-arm with the failure of the political classes to formulate effective responses, because if decision-makers are poorly informed then they are bound to make poor decisions. For too long reporters and writers have failed to spell out the facts as we know them to be.

Russia does not “back” “separatists” in the Donbas. Russia created and controls their every move. Russia’s claim to be “backing” some folks who are either ethnically Russian or Russian speakers may, on the face of it, not seem to be entirely unreasonable and as such this is a pillar of thinking that has provided a fig leaf of cover to events in the east of Ukraine. There is no evidence of any serious separatist movement in Ukraine’s eastern region before the Spring of 2014, although there is evidence of Russian troops on Ukrainian territory thereafter. There is evidence that Russia launched missiles from the territory of the Russian federation at that time, in order to neutralize Ukraine’s defenses thereby allowing Russia to pour weapons of war and munitions into the war zone. Russia has been doing this, without significant pushback from the west, for nigh on eight years.

The early “leaders” of the areas that declared themselves to be “people’s republics” were not significant local figures, they came from Russia. The military commanders directing the fighting to this day are not former miners and tractor drivers, as Putin himself once claimed. The command and control of military operations in the Donbas comes from (like the missile that shot down Flight MH-17 killing 298 innocent people) the armed forces of the Russian Federation.

Russia, both in propaganda and on the world stage, has attempted to describe a local uprising driven by a desire for self-determination in a small area of the fringes of Europe. In reality, there are two sides of the contact line, on one side ordinary folk live in peace and raise no objection to their status as citizens of Ukraine, and on the other side ordinary folk who live under an occupation that was imposed on them by Russia (and where there has been a “collapse in pro-Russian sentiments.”) The line that separates them does not delineate sentiments of one group from the other, it is a boundary that resulted from war, not ideology or popular will.

So what can be done?

It is inconceivable that the Kremlin has positioned 127,000 military personnel near the border of Ukraine without purpose; Putin put them there because he intends to use them. While Ukraine has never asked anyone to fight for its territory, the provision of lethal aid to Ukraine certainly changes Russia’s cost calculation. The recent provision of British anti-tank weapons and other European support is a welcome addition to the previously-supplied US Javelin anti-tank weapons. But these can only be used to fight an invasion that is already underway. A better approach is to make moves now to avert the invasion entirely.

This has been discussed before in the West, and very little has happened. The weak response has served only to appease and embolden Vladimir Putin. He has handed out hundreds of thousands of Russian passports to residents of the occupied areas in Ukraine, without consequences. He has got away with effectively turning the Sea of Azov into a Russian lake, via a stranglehold on the Kerch Strait.

There are therefore more than enough reasons to confront the Kremlin with its behavior. Russia cannot be rewarded for simply backing off from today’s threat of more violence. It must be punished for what it has done to date.

The range of sanctions that can be imposed on Russia is long. Rather than waiting for some kind of escalation to target banking practices or individuals, name Russia as the cause of this conflict and act accordingly until the occupation of the Donbas is reversed fully.

Paul Niland is an Irish writer living in Ukraine for almost two decades, and the Founder of Lifeline Ukraine.