The eightieth anniversary of the Molotov-Ribbentrop pact next year will be a good chance to highlight its unique combination of secrecy, hypocrisy, and infamy. If Russia resents being associated with it, the answer is simple: stop trying to defend it. Instead, it adopts the opposite tactic, exemplified by a tweet published on September 14th by the Russian […] 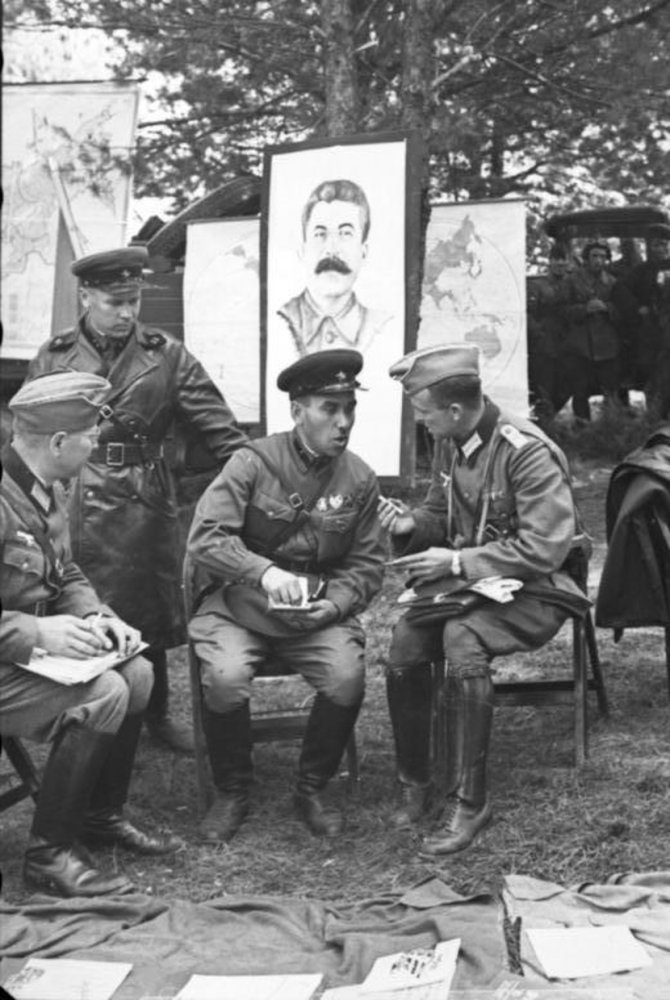 The eightieth anniversary of the Molotov-Ribbentrop pact next year will be a good chance to highlight its unique combination of secrecy, hypocrisy, and infamy. If Russia resents being associated with it, the answer is simple: stop trying to defend it.

Instead, it adopts the opposite tactic, exemplified by a tweet published on September 14th by the Russian embassy to Israel. This listed a dozen, mostly obscure, international agreements from the late interwar period, such the Danish-German non-aggression pact of May 31st, 1939. The thirteenth and final deal on the list is by far the best-known: the Molotov-Ribbentrop Pact of August 23rd in that year.

Publicly described as a non-aggression pact, the deal between Europe’s two totalitarian empires stunned the world. But the truth was even more shocking. Soviet and German foreign ministers had also signed secret protocols dividing eastern Europe into spheres of influence. These peaceful countries and their millions of inhabitants were consigned to the meat-grinder. The Hitler-Stalin deal led directly to the annexation of the Baltic states into the Soviet Union, the unprovoked Soviet attack on Finland, the dismemberment of Poland and Romania, and the institution of totalitarian rule in most of the region, with all the accompanying death and devastation.

Any anti-fascist credibility won by the Soviets during the Spanish civil war instantly evaporated. Moreover, the pact with the devil was a failure. Two years later, Hitler attacked the Soviet Union. Millions, mostly inmates of the Soviet empire, died fighting on the Eastern Front. Millions of civilians, mainly Jews, were shot or gassed by the Nazis as they moved east. As Hitler’s forces retreated, the decades-long Soviet occupation of eastern Europe began.

All that can be traced back to the Hitler-Stalin pact of August 23rd, giving it a good claim to be the most dreadful episode in the diplomatic history of the 20th century. Russia used to agree. Boris Yeltsin, the first democratically elected president, in 1992 ordered the declassification of the secret protocols. In 2009, during a sunny period in Polish-Russian relations, Vladimir Putin, at the time Russia’s prime minister, denounced it as immoral in a newspaper article.

Even now, few Russians nowadays defend the deal outright. But they do, increasingly, reject criticism of it, on several grounds. It bought vital time for the Soviet Union to defend itself. It forestalled a much worse Nazi land grab in eastern Europe. It was a defensive, tactical response to the disgraceful behavior of other countries which were doing deals with Hitler.

Most of these arguments are flimsy. Stalin was so besotted with Hitler that far from building up Soviet defenses, he weakened them, and ignored all the warnings of the impending attack. Without the pact, it is unlikely that Hitler would have risked war with Poland at all.

Russia’s strongest and most heartfelt argument is that other countries did deals with Hitler too, “directing Nazi aggression to USSR” as the embassy tweets put it. With no potential allies in the West, what other choice did Stalin have?

There are grains of truth in this. Some of these deals were shabby, cynical or brutal. Nobody comes out of the 1930s looking good. But only Russia is trying to defend the actions of the past. The Munich agreement that Britain and France struck with Hitler over Czechoslovakia in 1938 is a matter of deep, abiding, and (almost) universal shame, as is the whole 1930s policy of “appeasement.” It is only Russia that lambasts other countries for “fascism” over wartime dilemmas which the pact created—while ignoring the commercial, military, and security ties that the USSR chose to have with Hitler’s Germany.