A Kremlin Diplomatic Gambit Exploits the Pandemic As the world battles with the pandemic, Vladimir Putin spies an opportunity. The UN Secretary-General Antonio Guterres wrote to G20 leaders on March 24 calling for the temporary “waiving of sanctions imposed on countries to ensure access to food, essential health supplies, and COVID-19 medical support.” At a virtual G20 […] 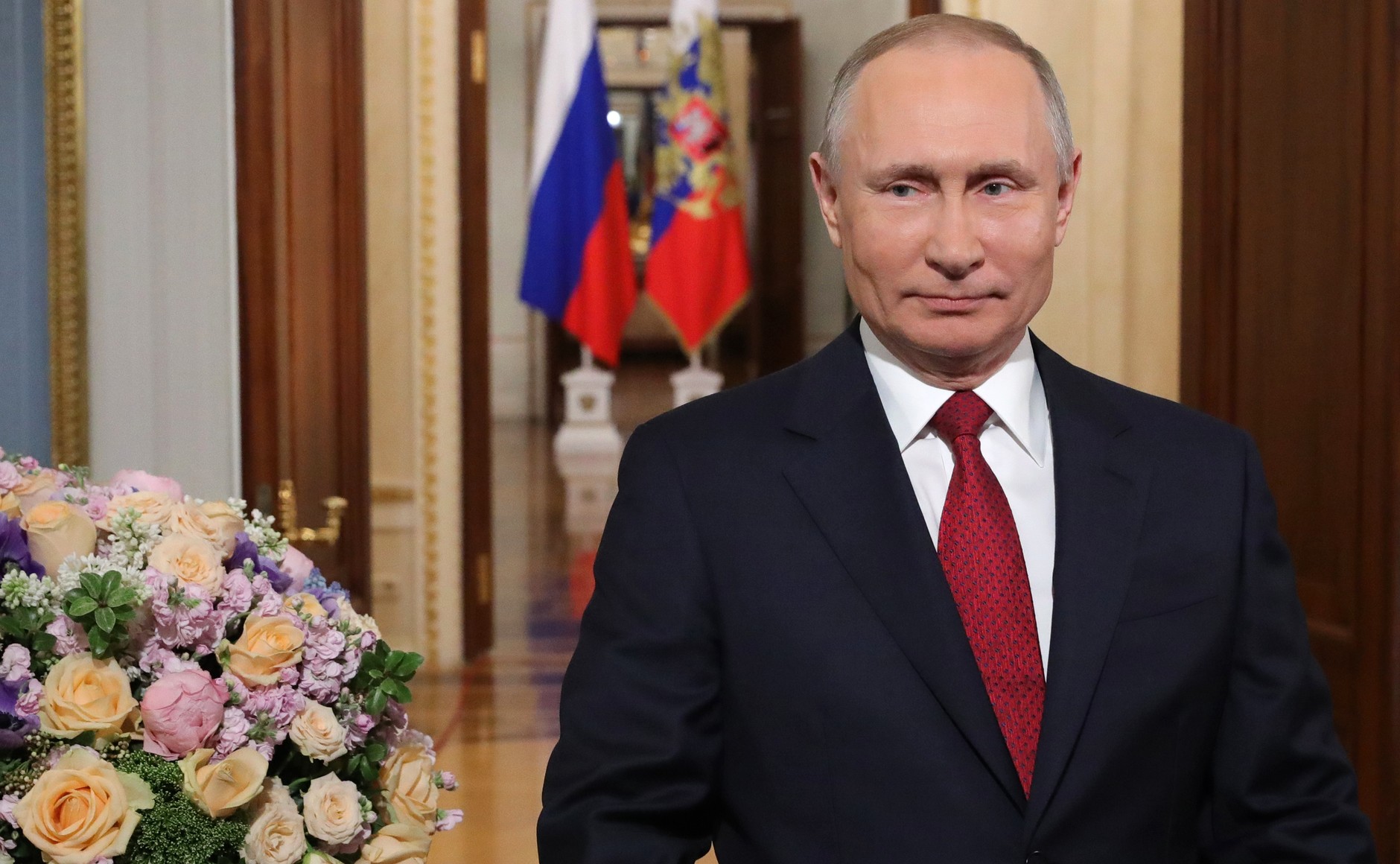 As the world battles with the pandemic, Vladimir Putin spies an opportunity. The UN Secretary-General Antonio Guterres wrote to G20 leaders on March 24 calling for the temporary “waiving of sanctions imposed on countries to ensure access to food, essential health supplies, and COVID-19 medical support.” At a virtual G20 summit two days later, Putin called for not just for a temporary waiver, but for sanctions to be lifted altogether. Russia has since launched a propaganda campaign framing the United States as inhumane for maintaining sanctions during a global pandemic.

The argument resembles past Kremlin talking points on terrorism: Russia and the West should not allow petty geopolitical disputes to get in the way of joining forces to fight a common global problem. Putin told the G20 that “matters of life and death” should be “freed from politics.” Likewise, after Moscow failed on April 2 to get a declaration passed by the UN General Assembly calling for an end to all sanctions not approved by the Security Council, the Russian Foreign Ministry released a statement deriding the United States, Great Britain, and the European Union for refusing “to abandon politicized approaches” that “will negatively affect global efforts to contain the pandemic.”

Russia is also trying to create the false impression that a consensus is emerging to end sanctions. When three German MPs from the far-right AfD party and an Italian association of international criminal lawyers called for ending sanctions, Russian media outlets framed these fringe appeals as reflecting elite opinion in Germany and Italy. The Kremlin has also mobilized other sanctioned countries such as Iran and Syria to amplify the message.

Aid shipments from Russia to Western countries also appear designed as both influence operations in the target countries as well as a means to illustrate the futility of sanctions. After Russia sent military planeloads of medical supplies to Italy and scored a brief public relations victory, the EU’s foreign policy chief Josep Borrell suggested that Moscow was engaging in “a struggle for influence through spinning and the politics of generosity.” The Italian newspaper La Stampa reported that intelligence officers from the GRU were among the Russian doctors who arrived on those flights.

Shortly after Moscow delivered a shipment of ventilators to the United States, Russian media reported that the company that manufactured them was under U.S. sanctions. When asked about the matter, Russian Foreign Ministry spokeswoman Maria Zakharova playfully remarked, “Aren’t ventilators needed in the United States?” She added that Russia could take them back if they were not wanted.

Finally, the Kremlin is using the COVID-19 crisis to stigmatize sanctions in general. RT has run stories portraying the adverse effect of sanctions on Cuba’s ability to combat the pandemic. Zakharova described keeping sanctions against Venezuela during the novel coronavirus pandemic as “a tool of genocide.” And Sergei Mironov, leader of the A Just Russia faction in the State Duma, told Russian media that “sanctions against Russia, as well as against other countries, look inappropriate” in the current crisis because “they violate not only international law but also universal morality.”

Some Russian analysts and opinion leaders have even tried to portray the West’s determination to keep sanctions in place through the COVID-19 pandemic as an example of ideological bankruptcy. In an op-ed for Rossiskaya Gazeta, the Russian government’s official newspaper, the influential foreign affairs analyst Fyodor Lukyanov argued that it is unlikely that the West would lift sanctions because doing so would “mean giving up on a certain ‘creed’ or marker of the Western community.” Lukyanov added that “in order to function optimally,” the Western system needed “a convincing external enemy.” And given the current crisis of confidence in Western democracies, sanctions are necessary as a “bond” and “symbol that unanimity is being sustained.”

The Kremlin’s campaign will intensify as the COVID-19 crisis continues. Efforts to shore up both transatlantic unity and the rules-based international order will take on added urgency.

Photo: “Vladimir Putin congratulated the women of Russia on the occasion of International Women’s Day” by the Kremlin under CC BY 4.0.