Is Time Running Out For Russia’s President? With economic conditions deteriorating and social turmoil escalating in various regions of Russia, President Vladimir Putin’s self-proclaimed “power vertical” is looking increasingly like a “power vertigo.” Since the collapse of the Soviet Union, all Russian governments have failed to modernize the state, whether through a European model of […] 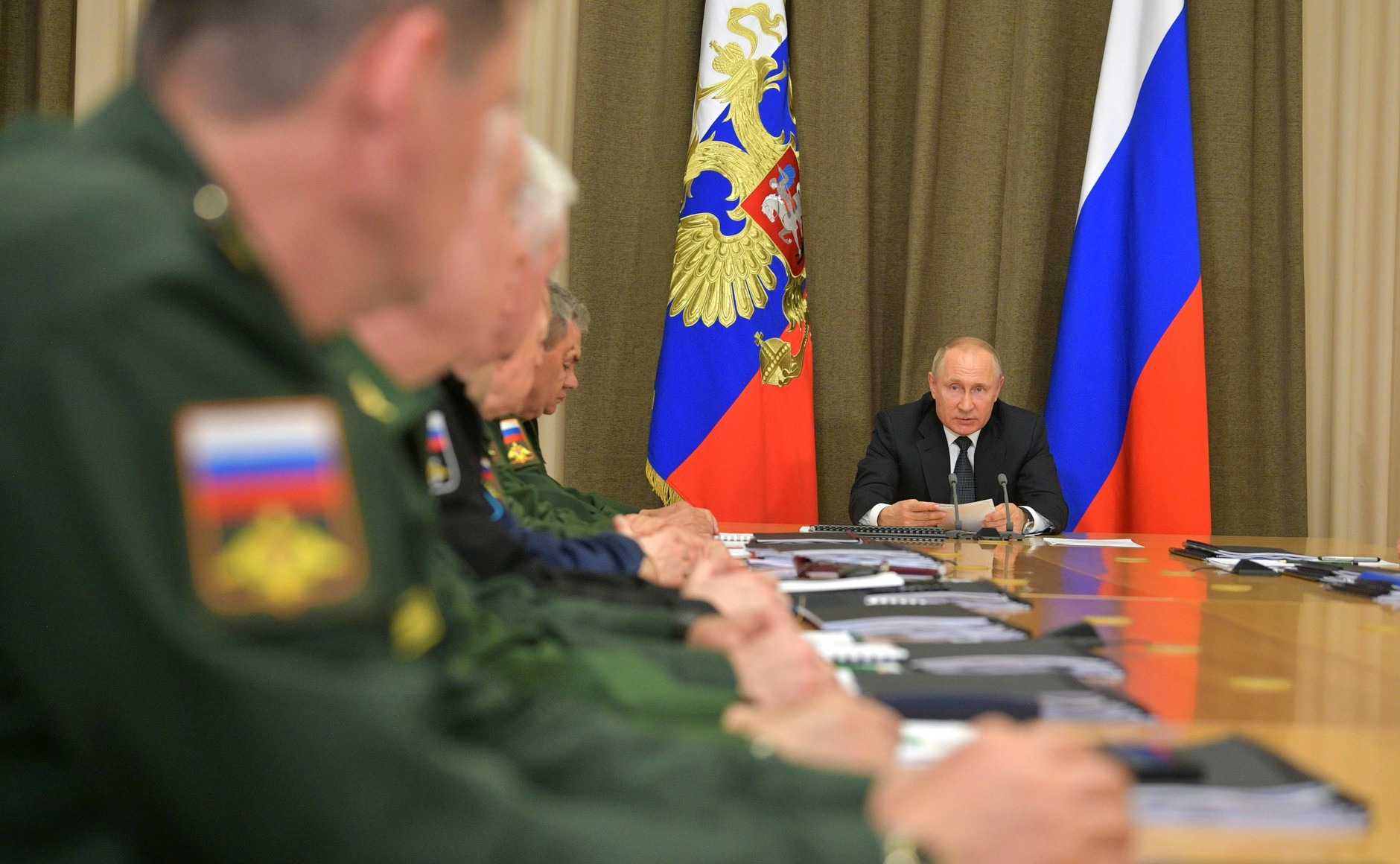 Is Time Running Out For Russia’s President?

Since the collapse of the Soviet Union, all Russian governments have failed to modernize the state, whether through a European model of a democratic market economy or a Chinese model of state-directed capitalism. Instead, Russia has become a secret police oligarchy (or “Chekistocracy”) in which political freedoms are extinguished and the chasm between a corrupt ruling stratum and the populace has become unbridgeable.

In Marxist terminology, once espoused by Soviet propagandists, Russia may be heading toward a revolutionary situation where the “forces of production” are in stark contradiction with the “relations of production.” In other words, economic development does not benefit the masses and the ruling elite is facing growing public opposition and potential revolt.

Putinism is a system that not only spreads disinformation against its Western adversaries; above all it lies about itself. Each definition used by officials to describe the country is based on a falsehood. Russia is not a real federation, as its diverse regions have no say in their development. And it is not a “sovereign democracy” or even a “managed democracy,” as there is no public input into policymaking. As the economy nosedives, the conflict between state and citizens is heading toward conflict, as most of the safety valves for peaceful public opposition have been blocked.

Several recent policy moves are pushing the populace toward unrest and Putin’s approval rating is plummeting, even according to official statistics. Russian citizens are now experiencing their sixth consecutive year of falling incomes. To make matters worse, Moscow has implemented an extremely unpopular increase in the retirement age that has reduced state-paid pensions. This squeeze on family incomes is compounded by rising taxes, deteriorating communal services, and increasing consumer prices.

Moscow has also angered numerous ethnic groups through its new language policy. This involves curtailing schooling in non-Russian languages and restricting indigenous institutions. Border changes between federal republics, intended to reward Kremlin loyalists, have also sparked mass unrest in Ingushetia and could spread to other North Caucasus republics where discontent with Moscow and its local governors is rising.

Open protests are becoming more commonplace as public anger boils over in numerous arenas. In recent weeks, demonstrations have been held against the construction of lavish new churches, with the Orthodox hierarchy widely viewed as part of the corrupt elite beholden to the Kremlin. Protests have also been held against the dumping of garbage from large cities in rural areas. Massive open-air landfills often located near residential areas exacerbate health problems and destroy the local environment. Thousands of people have ignored police bans and marched against planned new landfills near Moscow and in several regions of Siberia and the far north.

The litany of regional and local protests is multiplying and to avoid losing control the Kremlin may try to impose traditional Soviet methods of mass repression. The regime cannot reform itself, as any democratic openings and regional pluralism would threaten the foundations of the Putinist system. To shield itself from organized unrest mobilized through the spread of truthful information, the authorities plan to impose restrictions on internet access for ordinary citizens.

Putin foresaw the prospect of public protests as early as 2016, when Moscow established the National Guard of the Russian Federation (Rosgvardia). It constitutes an internal military force under the direct control of the Russian President that can be deployed to prevent his removal from office. The National Guard numbers at least 340,000 personnel distributed across Russia and its mandate revolves around “protecting public order” – a standard euphemism for mass repression. But state officials cannot be certain whether intensified repression will neutralize or radicalize citizens, or whether Rosgvardia recruits can be trusted to attack unarmed civilians.

To distract from his failures, Putin can also engage in new foreign adventures. But the law of “diminishing returns” will work against him, with a growing number of people realizing that the campaign to restore Russia as a major power brings more costs than benefits. The initial euphoria of seizing Crimea from Ukraine has dissipated and the mirage of greatness simply disguises increasing impoverishment. Living standards continue to decline while Moscow spends the dwindling Russian budget on new weapons systems and conventional or proxy wars outside its borders.

With his three consecutive terms ending in 2024, Putin could either alter the constitution to remain President or create a new position from which he could rule Russia. A closer union between Russia and Belarus may be one option, similarly to Slobodan Milosevic in the 1990s who maintained the relic of a two-member federal Yugoslavia (Serbia and Montenegro) in order to rotate his power base. By absorbing Belarus the Kremlin could claim a new state has been created and Putin would again become President through fraudulent elections. But even such a maneuver, designed to demonstrate Moscow’s unification of Slavic lands, is unlikely to stem the rising tide of resistance to Putinism.