Small boys often dream of magic weapons—a death ray or a knockout spray—that will confer stardom, obliterate enemies, or at least enliven a boring lesson. Russian President Vladimir Putin is trying the same trick to brighten things up in the Kremlin. The upcoming episode of political theater, wrongly called an “election,” has failed to grab […] 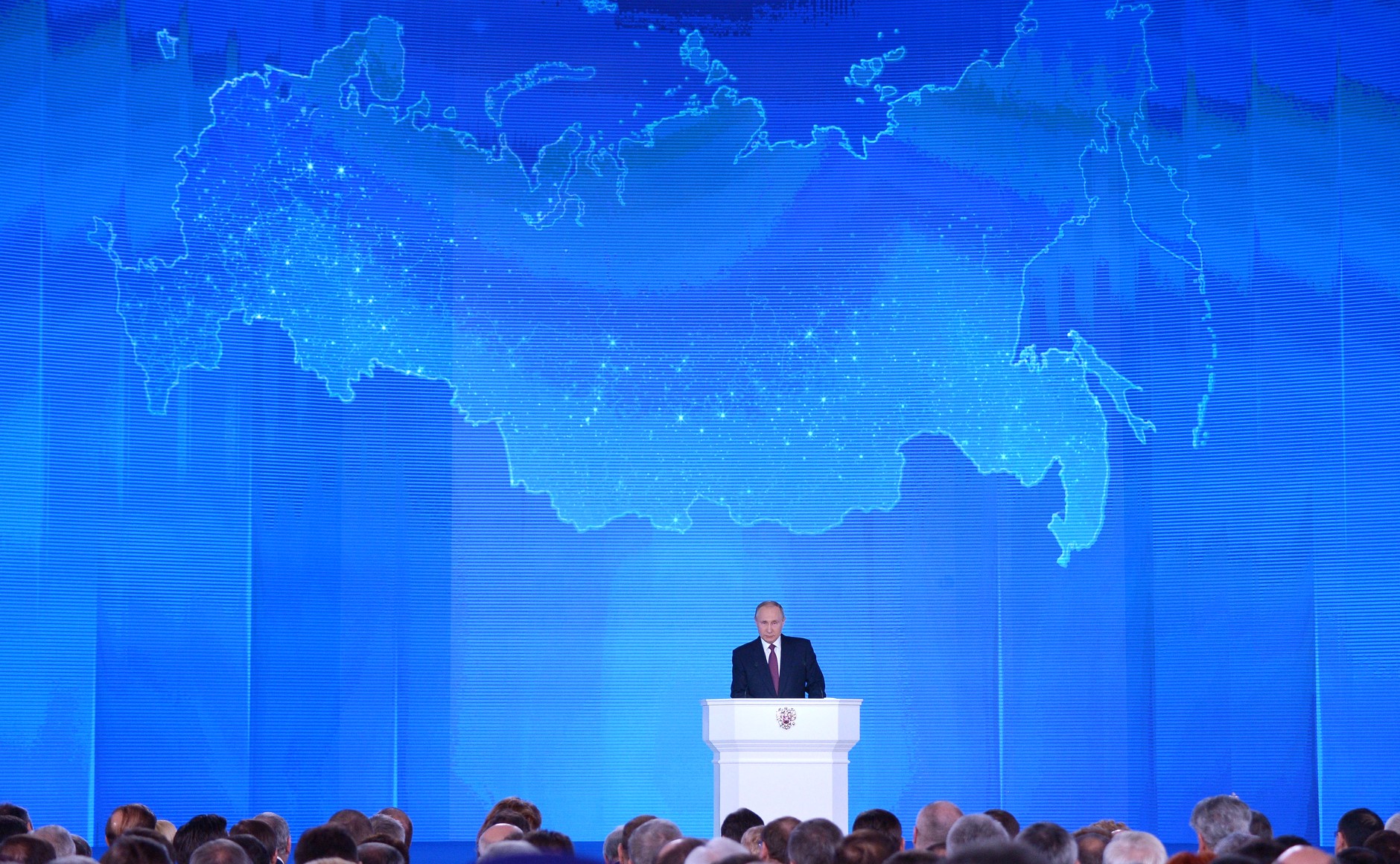 Russian President Vladimir Putin is trying the same trick to brighten things up in the Kremlin. The upcoming episode of political theater, wrongly called an “election,” has failed to grab audience attention. In the absence of suspense (everyone knows Putin will be center-stage at the end), the show’s directors have tried slapstick, such as a televised debate in which the supposed liberal candidate, Ksenia Sobchak, throws water on the supposed extremist, Vladimir Zhirinovsky. But nobody cares.

Hence the ray-guns. In a big speech on 1 March, the Russian leader unveiled a slew of supposedly new, invincible nuclear weapons, illustrated by cheesy simulated videos showing them dodging U.S. defenses. The new devices are a nuclear-powered cruise missile, a remote-controlled nuclear-tipped underwater drone, a powerful intercontinental ballistic missile, and a “hypersonic glide vehicle” capable of traveling at 20 times the speed of sound.

The speech certainly attracted attention at home, thanks to the media-industrial complex which force-feeds Putin’s words and deeds to the public. The West, he complained, had tried to constrain Russia, but failed. It had ignored Russia. It should listen now. By playing on manufactured fears of Western encirclement and mistreatment, he may succeed in encouraging more voters to take part in the farcical event on 18 March, though experience shows that their votes can be cast anyway.

Foreign opinion was impressed too, but not quite in the way Moscow may have hoped. Russia’s status as a nuclear superpower should not be not in doubt. The 2,000-odd warheads in its strategic nuclear arsenal, dispatched from submarines, warplanes and land-based silos and launchers, would easily and devastatingly overwhelm American anti-missile defenses, which are designed to deal with puny rogue states like Iran or North Korea, not a full-bore assault from Russia or China.

The sensible way for Kremlin officials to discuss nuclear weapons is quietly and calmly. Nobody is going to attack Russia. The two real East-West dangers are of a conflict erupting by accident, and of a costly and pointless arms race. Both these problems require diplomacy—maintaining hotlines and other safety measures, and preserving and extending the arms control regime.

By brandishing new weapons (or at least the idea of them), Putin makes Russia look both weak and reckless. His bravado about the new gadgets implies a lack of confidence in the existing deterrent. Worse, it is wildly premature. Developing the nuclear-powered cruise missile is a technological nightmare: it requires testing rockets containing an unshielded reactor. The underwater drone sounds clever, but faces the same problem that submarines do in communicating reliably with headquarters. The hypersonic missile will require unprecedented engineering to survive the stress of maneuvering at high speeds. The giant new ICBM may have phallic properties, but adds little from a military point of view.

Other Russian weapons are more practically useful, such as the S-400 air-defense system that could stop NATO from reinforcing its allies on the eastern flank. But the real problem is the Kremlin’s other means of exerting influence—influencing elections, intimidating critics, energy cutoffs (experienced by Ukraine this week), playing diplomatic divide-and-rule games and mounting information operations. The West is slowly waking up to these.

Putin has asked for public input in order to find names for the Wunderwaffen. I suggest Обман [obman/deceit], Подделка [poddelka/fake], Пугало [pugalo/scarecrow] and Потёмкин [Potemkin, after the prince who, apocryphally, painted fake villages to impress Catherine the Great].