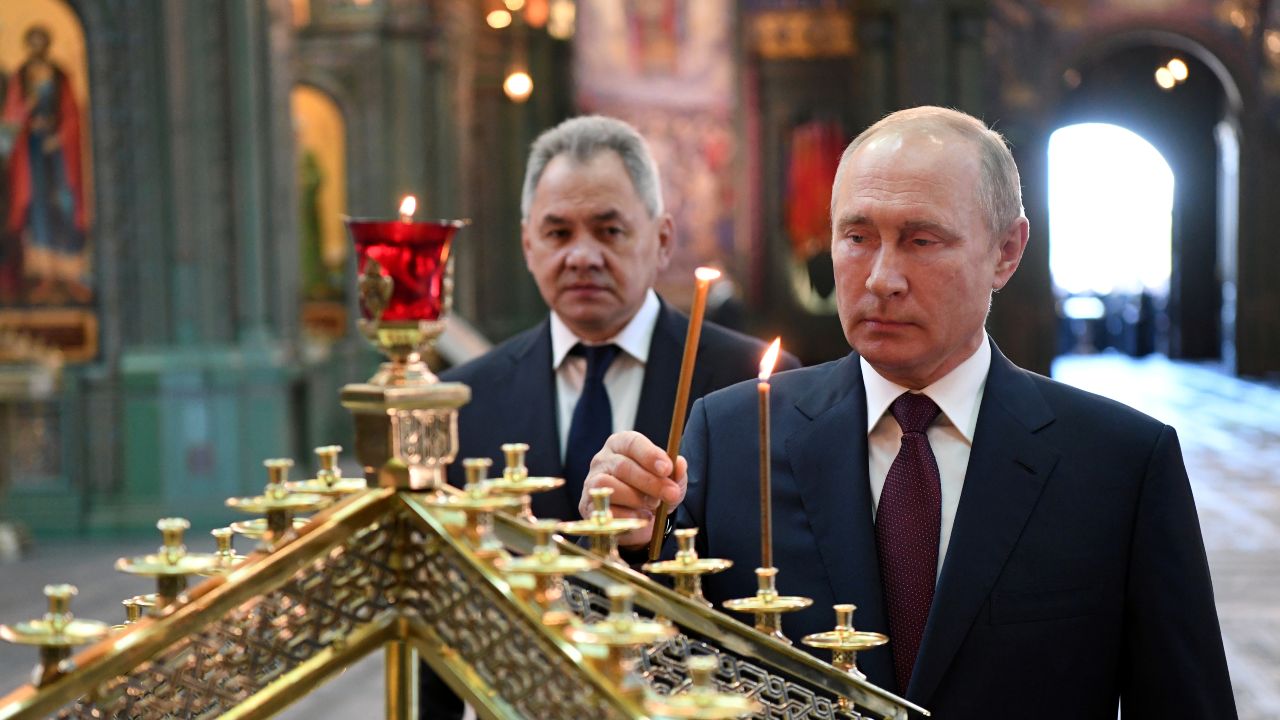 Vladimir Putin has sacked Metropolitan Hilarion, often described as the foreign minister of the Russian Orthodox church, and effectively its deputy head. Even if you’re not an ecclesiastical expert or even just an occasional watcher of the church, this personnel move really matters because the institution is a semi-official arm of the Putin regime.

Until his dismissal last month, Hilarion was the church’s de facto crown prince. And unlike its current leader, the woodenly pro-regime Patriarch Kirill, Metropolitan Hilarion is an energetic and highly intelligent cleric, a noted theologian, and an accomplished composer. And while Kirill’s steadfast support for the Kremlin’s policies seems to be motivated mostly by opportunism, Hilarion has over the years toed the line but in a more independent manner. His dismissal signals that Putin can no longer tolerate even the slightest independent thinking in his vicinity. When authoritarian regimes reach this stage of decay, they usually can’t survive – although the period between visible rot and collapse can be messy and painful.

Anyone wishing to exercise humility need only take a look at Hilarion’s CV. Aged just seven, little Grigory Alfeyev — as he then was — gained acceptance to a highly selective Moscow music school, where he specialized in violin and composition until his graduation in 1984. As was required at the time, Alfeyev then completed two years of military service, after which he studied composition studies at the Tchaikovsky Moscow State Conservatory. But in 1987 he quit to become a monk at a Russian Orthodox monastery in (then-Soviet) Lithuania, taking the name Hilarion.

He’s remained a Russian Orthodox monk ever since, in recent years serving as a bishop. Indeed, he has risen quickly through the ranks; aged 44 he was already a Metropolitan (the Russian Orthodox Church’s equivalent of Cardinal) and Chairman of its Department of External Church Relations – the Church’s primary link with the rest of the world. He’s also amassed a plethora of other ecclesiastical roles, including as a member of the Presidential Council for Cooperation with Religious Associations, and become known for his engagement in interfaith dialogue.

In the meantime, he has also gained doctorates in theology from Oxford University and the Sergius Orthodox Theological Institute in Paris, and has written a large number of scholarly — and respected — works on church history and the theological discipline known as systematic theology. He has become a professor at the University of Fribourg in Switzerland. Oh, and he has written several large works for chorus and orchestra, some of which have been broadcast by the BBC. Others are available on Spotify. As an occasional classic-music writer, I will say that while they’re not on the level of Johann Sebastian Bach, the compositions are sophisticated, and they’re easy on the ear.

Hilarion is, in fact, such a formidable force that his elevation to the Russian Orthodox Church’s top post was considered to be only a matter of time. That will require the 75-year-old Kirill to die or step down, and thus far he shows no sign of doing either; indeed, despite Western sanctions for his enthusiastic endorsement of the invasion of Ukraine, he seems to be greatly enjoying leading the Church, and, perhaps even more, his proximity to the Kremlin.

Metropolitan Hilarion is also a patriot, or a nationalist, as his detractors call him. When Putin invaded Ukraine on February 24, Hilarion issued no condemnation. When, in March, the Commission of the Bishops’ Conferences of the European Union wrote to Patriarch Kirill, asking him to condemn the war, Hilarion responded, saying that “we call upon everyone to pray fervently for the cessation of every military confrontation between Russia and Ukraine.” On other occasions, he has spoken about the evils of war, without singling the Kremlin out. His muted opposition reflects the reality of intellectuals and civic leaders in countless authoritarian regimes through history: is it better to try to co-exist with the regime? Voice dissent? Go into exile? (In my book God’s Spies, I tell the story of how the Stasi recruited East German pastors as agents.)

Hilarion’s circumspection set him apart from his boss, who has condoned the Kremlin’s aggression. “Let this image inspire young soldiers who take the oath, who embark on the path of defending the fatherland,” Patriarch Kirill said as he gave an icon to General Viktor Zolotov during a service at Moscow’s Christ the Savior Cathedral.

The criticism of the war in general was not enough for the University of Fribough, which in March suspended Hilarion, berating him for not using “his ecclesiastical and political influence, to publicly and unequivocally condemn the military invasion of Ukraine by Russia”. And now he’s been fired by the Russian Orthodox Church over his lack of support for the Ukraine war. Or rather, he has been demoted. On June 7, Kirill made Hilarion Metropolitan of Budapest and Hungary, where he served two decades ago. In Orthodox Church terms, Hungary is a distinct backwater in Orthodox church terms,; it has so few Russian Orthodox believers that the faith doesn’t even get its own entry on the list of the country’s denominations.

Officially, Hilarion’s appointment is merely ecclesiastical. But it says a great deal about the state of mind of Putin, the man Kirill so faithfully serves. By dismissing Hilarion, who had kept any criticism of Putin out of the public eye, Kirill is signaling that Putin won’t tolerate any dissent, however muted. Putin, for his part, is signaling that he only wants the most obsequious around him, and as voices of Russian officialdom.

And by signaling that, the president is unwittingly telling the world that his regime is decaying. Towards the involuntary end of their rule, all authoritarian leaders try to tighten their grip on power by excluding anyone who might question them. As a result, they no longer hear even mildly voiced alternative views. That’s not to say that the yes-men are enthusiastic regime supporters. They will simply oblige for as long as it suits them.

Those Westerners who know Hilarion may dislike him, though many academics respect his scholarship. But his sacking suggests that Putin’s regime has entered a dangerous stage of decay. That is further evidence that its end is coming, although it is quite possible that before that events may take an even darker turn.