Vladimir Putin is making decisions based on his emotions and in a vacuum. This will make it very difficult to deter him. 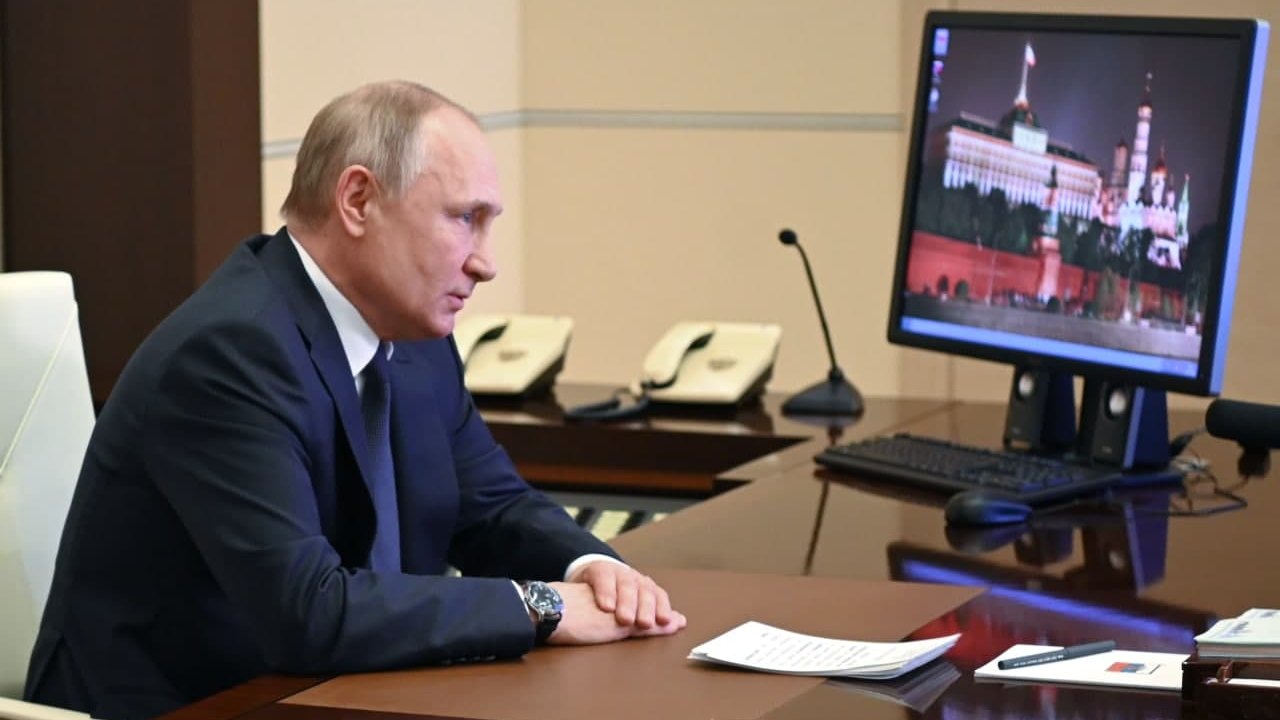 Photo: The President held a meeting with permanent members of the Security Council. Credit: President of Russia via Twitter.

Until now he has seemed to be a rational actor. He has been very careful to stay in the gray zone or below the threshold of armed attack or use of force as mentioned in the UN Charter, usually interpreted as things broken or destroyed, or people hurt or killed. Any time he has passed that threshold he has been able to blame it on proxies (as in the Donbas since 2014) or claim that he is acting in self-defense (as in Georgia in 2008.)

This has allowed him to avoid any major charges of violating international law. Ukraine in 2022 marks a very significant change in behavior. What has happened that Putin to make him think he can now openly violate international law?

First is a growing burden of old grudges and frustration that the developed world has brushed off his recitations of Russian grievances. Putin has always been upset that the Soviet Union collapsed, and irritated that Russia was unable to prevent NATO from expanding eastwards. He is angry with what he perceives as the West attacking (or worse disregarding) him and his system, as when Secretary of State Hillary Clinton criticized the 2012 Russian elections, or when President Barack Obama called Russia a regional power in 2014.

Putin feels that he has clearly explained himself to the rest of the world, and we also have evidence of his personality traits based on simple observation. After the Beslan school massacre of 2004, he remarked that “we proved unable to react adequately. We showed ourselves to be weak, and the weak get beaten”. In 2007 he spoke at the Munich Security Conference saying that the current model (of what he termed a “unipolar,” i.e., US-led) world “is flawed because at its basis there is and can be no moral foundations for modern civilization” and cited “a greater and greater disdain for the basic principles of international law.”

Despite his efforts to get the US, allies, and partners to understand that the Russian Federation was a peer of the US and should be feared by European countries, they persisted in ignoring Russia. This has apparently been gnawing at his entrails for years, and this was not satiated by the recent procession of European leaders beating a path to Moscow and pleading for peace, or by his meetings with the US president.

Putin was also good at avoiding flagrant and visible breaches of international law. By staying in the gray zone, he managed to undertake widespread cyber operations in Europe and the United States over the years. In Crimea in 2014, he used special forces without insignia (the so-called little green men), while identifying those leading the uprising in the Don River Basin as ethnic Russians oppressed by the Ukrainian government. In the most extreme case of Georgia in 2008, he helped lure Georgia to send troops into South Ossetia, which allowed Putin to launch a full-scale cyber, ground, and air campaign while avoiding any charges of violating international law via aggression.

This time, Putin could have done any of these things again and gotten away with it. He could have provoked Ukrainian operations against the Donbas, the same way that he got South Ossetian separatists to shell Georgia. He could have launched widespread cyber operations against Ukraine and pled innocence, as in 2007 and 2014. He could have claimed victory by showing the Russians that Europeans fear Russia, after President Emmanuel Macron and Chancellor Olaf Sholtz came to Moscow to “pay their respects” to Putin and claimed that the US treats Russia as a peer because President Joe Biden was asking him for meetings. Each of these are tried and true techniques.

Instead, he maintained the pressure and eventually decided to invade his neighbor. At best, this was very bad decision-making; at worst it indicates that Putin’s mental state has declined; and that we must now worry his finger hovers over the nuclear trigger. His publication of a screed “Regarding the Historical Unity of Russians and Ukrainians” in July, claiming that Ukraine is an integral part of Russia and only exists as an artificial construct of Vladimir Lenin does not indicate that he is a master of the information environment, but that his personal feelings have overwhelmed his rational mind. Putin seems to have decided that open aggression is appropriate.

This indicates three major mistakes: underestimating the Ukrainians, overestimating the Russian military, and dismissing the political will or capability to act of the rest of the international community.

The Ukrainians have had since 2014 to prepare for this eventuality and clearly used the time well enough. President Volodymyr Zelenskyy has also proved to be a dynamic, charismatic leader who has risen to the occasion. Although at a disadvantage, they are ready to fight for every square meter of their land.

The Russian military has been disappointing for Putin. In the wake of their dismal performance in Georgia in 2008, Russia poured resources into the military and told anyone listening that Russia’s warriors are world-beaters. However, it seems many of the resources disappeared into the pockets of the oligarchs and siloviki, while the rest was spent on glamor projects like hypersonic weapons. Clearly not very much went to the everyday building blocks of militaries, such as logistics and integration.

It is the unity of the rest of the world that is that a major surprise. For Germany to immediately inject €100bn into the military (its 2022 defense budget was €53bn) and a promise to spend more than the NATO target of 2% of GDP henceforth, came as a shock to those of us who have spent years encouraging our German partners to invest in their armed forces. Italy has followed suit with a pledge to “invest more in defense than ever before.” Countries like Sweden and Finland are considering NATO membership, while even Switzerland has joined the international community in sanctioning the Russians.

Vladimir Putin has clearly lost his edge. Whether this is due to the natural isolation of an autocrat, the impact of covid, or age (he is 70 this year), or dementia, or too much focus on his grievances, or underestimating his putative victims, this may mark the beginning of the end for this Kremlin inhabitant. Until that happens, we face a very challenging time to construct Putin-proof deterrents.

G. Alexander (Alex) Crowther is a Nonresident Senior Fellow with the Transatlantic Defense and Security Program at the Center for European Policy Analysis, is a Professor of Practice for Cyber Issues at Florida International University, and does research for the Swedish Defense University.