Putin and His Cronies Must Face a Nuremberg Judgment

A new tribunal should be created to deal with the guilty men in the Kremlin. 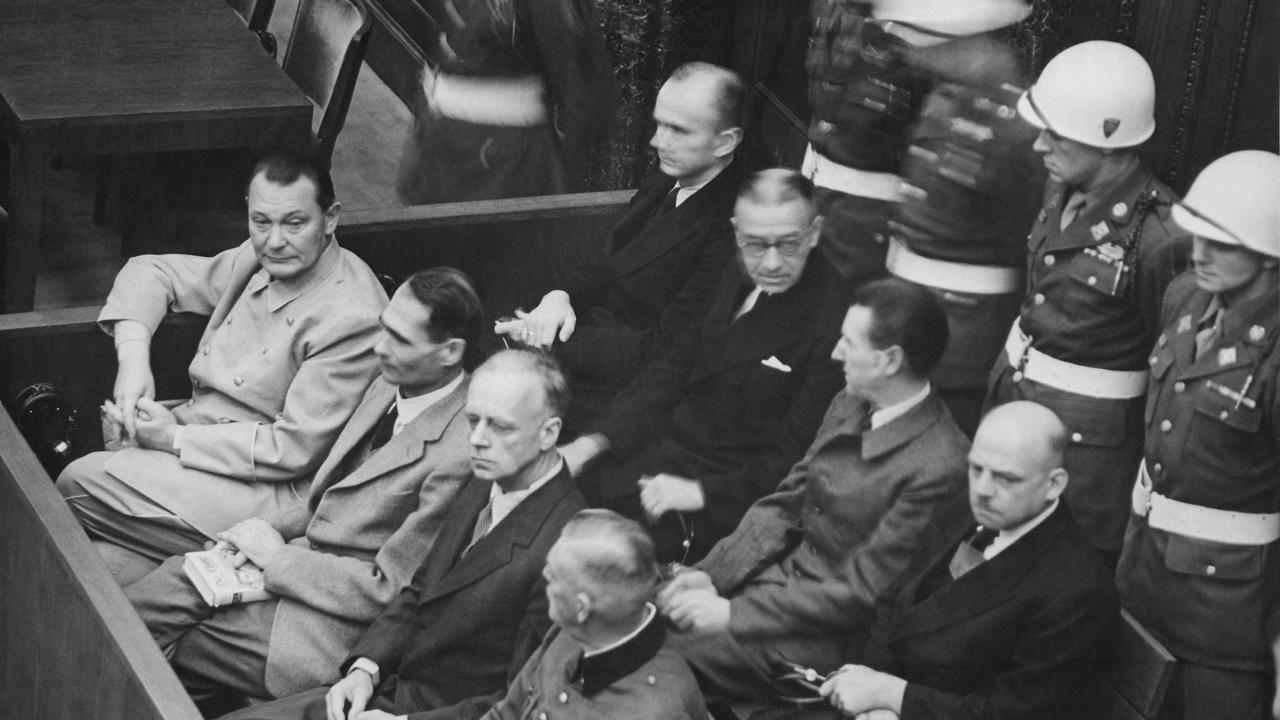 The world has turned a blind eye to the crimes of Putin’s regime in Syria. Yet he has murdered more Syrian civilians even than the so-called Islamic State.

The leaders of democratic states did not name these crimes, which they should have. But that would have meant not only that they understood the significance of these crimes, as a policy of mass destruction with implications far beyond Syria, but also that they were faithful to the promises made in the aftermath of the Holocaust. In the event, they were neither intelligent, nor faithful.

While our political leaders would certainly not have shaken hands with Abu Bakr al-Baghdadi and Osama Bin Laden, they did so with Putin and sometimes even called him by his first name. They have named him a “partner” or even “friend.” But what is the true difference between these men? Firstly, Russia’s leader wears a tie and heads a nuclear-armed permanent member of the United Nations Security Council; and secondly, he has killed even more people than the first two.

These crimes were thus permitted. It is we in the West who have authorized them. For 22 years, we have given a blank check to Putin and his henchmen to carry them out. We have also given this free hand to Bashar al-Assad, to Xi Jinping, to Nicolás Maduro, to the Burmese generals, and to many others. Let’s also remember that Putin’s crime is first and foremost inaugural: the second Chechen war of 1999-2000 bears witness to this, from the alleged reasons for its outbreak to its conduct—and the regime that has governed this integral part of the Russian Federation since then is just the continuation of the criminal legacy it was founded upon.

We have failed to grasp that crime is not essentially a means, but an end in Putin’s policy armory. It is certainly a means to terrorize civilian populations and to make them give in. But it is also a message. The crime is the message—the one we did not want to hear. It tells us that Putin’s ideology is simply that of destruction. It teaches us what his reign would be like if it were to become the world’s norm: a universe in which there are no more norms and where the only law that counts is that of the annihilation of all principles.

Putin belongs to the world of organized crime, as Catherine Belton has so remarkably shown in her book, Putin’s People. Criminals can also have an ideology: the ideology of crime.

We are witnessing crimes again in Ukraine—perhaps even more massive than those committed in Donbas in 2014, or Georgia in 2008, crimes which may even exceed those committed in Syria and Chechnya. The use of indiscriminate, unguided multiple rocket systems against Ukraine’s second city of Kharkiv on February 28 suggests this is a real possibility. Perhaps this time the world’s leaders will understand.

On the evening of February 21, Putin made everything clear, even though almost no leader had wanted to understand the trail of evidence leading up to the attack three days later. Ukraine had no right to exist, he had written last July (and often stated before that.). Ukraine should be wiped from the world map. Ukrainians are doomed to death or servitude. This was clear in Crimea in 2014, where, for the first time since Hitler’s annexation of the Sudetenland in 1939, a border rectification took place by force.

Now Putin seeks to annihilate Ukrainians as a people. Belarus, under the yoke of Lukashenka, has already been destroyed as a free nation, the Belarusians have been reduced to the ranks of the auxiliaries and the colonized, and the heroic resistance of its people has been martyred. Tomorrow will come to the Baltic States and perhaps the whole of Europe.

The immensity of Putin’s crimes and those of his associates demands a new Nuremberg. The indictment of Russia’s head of state, of his Security Council, itself subject to the “vertical of power”, of his agents in the Ministries of Defense and Foreign Affairs, of his intelligence services, of his disinformation organs and, just as importantly, of his accomplices abroad, must come quickly. Some will be tried as war criminals, others as accomplices or apologists for these crimes.

This justice is an absolute necessity because of our principles and values. As in the former Yugoslavia, Rwanda, Cambodia, and elsewhere, the punishment of crimes for which there is no statute of limitations is a political and moral commitment. It is also a sign that we must send to the followers of the chief criminal: all those, down to the simple soldier, who participated in his crimes will be judged. No one can escape it. Everyone must know this.

For since Nuremberg, everyone knows it, and perhaps the Russians even more than anyone else, because their memory of Nazi crimes, even if falsified by Stalin and then by Putin, remains a historical thread. No one should be fooled; no Russian soldier should be able to claim that he is unaware of the crime he perpetrated. There is no innocence, and therefore no forgiveness.

Ideally, it would have been the role of the International Criminal Court to prosecute these crimes. But the current limitations of its modes of referral leave little chance of success. Judgments rendered under universal jurisdiction are also too uncertain, slow, and conditional. This mass of crimes requires a new and powerful tribunal.

For the Kremlin, after 22 years of crimes, the Nuremberg moment must come. It cannot wait.

Putin, your turn will come.

Nicolas Tenzer, a non-resident senior fellow at CEPA, is the editor of Desk Russie, guest professor at Sciences Po Paris, and a blogger on Tenzer Strategics. He is the author of 22 books and three official reports to the French government.