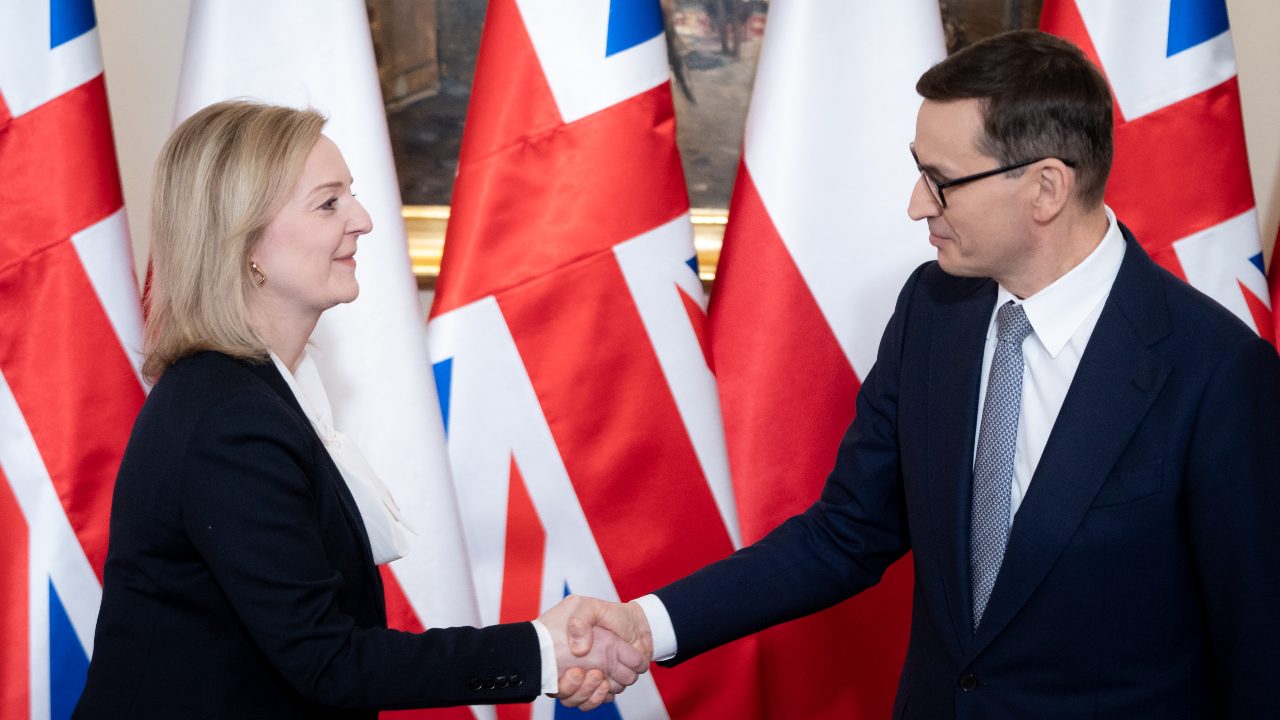 Teenage experiences can be formative. Liz Truss, who, barring accidents, will be Britain’s next prime minister, was 15 when communism collapsed: she remembers watching it on television in her parents’ living room. In her twenties, she visited what we used to call “eastern Europe.” She recalls fondly the “hope and optimism” she found in post-communist Prague. It had other effects too. The admiration for Margaret Thatcher she encountered dissolved the knee-jerk dislike of the former Conservative prime minister Truss had inherited from her left-wing parents.

Born fifty years earlier, Thatcher’s formative experiences were different. She saw the Iron Curtain rise and resolved to demolish it. Truss saw it fall. The Conservative leadership contender’s fiery rhetoric towards the Putin regime and the Chinese Communist Party suggests that she intends to follow in Thatcher’s footsteps.

What would that mean today? Some things have changed. Mrs. Thatcher had an excellent relationship with Ronald Reagan, based on a shared love of freedom and detestation of communism. These will be hard for Truss to replicate. The Biden administration shows little enthusiasm for closer ties with Britain. A post-Brexit trade deal is becalmed. The president enjoys making teasing remarks about his Irish heritage, with the implication that he perhaps holds some grudges towards Britain.

Another asset for Thatcher was that Britain’s economy, fuelled by deregulation, privatization, and globalization, was booming. For a Truss premiership, restoring Britain to economic health will be far harder: debts are enormous, the population is aging, and the costs of Brexit are biting.

Yet Truss’s Britain still has cards to play. It has serious military capabilities. They are far less than those that Mrs. Thatcher had at her disposal, but in the European context, they matter. France, for now, the continent’s other serious military power, is hampered by epic levels of mistrust stemming from President Emmanuel Macron’s grandstanding personal diplomacy with the Putin regime. Germany’s economic strength means it may be militarily important one day, but that will also require a sea change in its irresponsible, naïve security culture. For now, Britain is the country that matters.

Britain will be particularly important at a time when questions are growing over the reliability of the United States as the guarantor of European security. Distractions in the Indo-Pacific region are one worry. A future president might distance the US from NATO. Or a contested result of the next presidential election could lead to political paralysis.

The new prime minister should remember that not everything in the Thatcher era should be emulated now. British foreign policy was overly centered on the Kremlin, at the cost of the captive nations. It was ill-prepared for the Soviet breakup. Thatcher saw the European Economic Community (as it was then) solely as a common market, not as a political entity. She was unnecessarily mistrustful of German reunification.

In the modern context, Truss’s big task will be to step over the shadow of Brexit. The Conservative leadership race encourages contenders to pander to the party membership’s eccentric and ill-informed views about Europe. But as prime minister, and with a majority of 80, Truss will, if she chooses, be able to forge a different path. She may keep her economic distance from the EU’s single market and customs union, but nothing is stopping her from boosting military and security ties with countries threatened by Russia.

Thatcher helped liberate and unite Europe, despite often icy relations with decision-makers in Brussels. Perhaps her successor can do the same.