Defeat in Afghanistan is deadly. May it be the jolt we need. 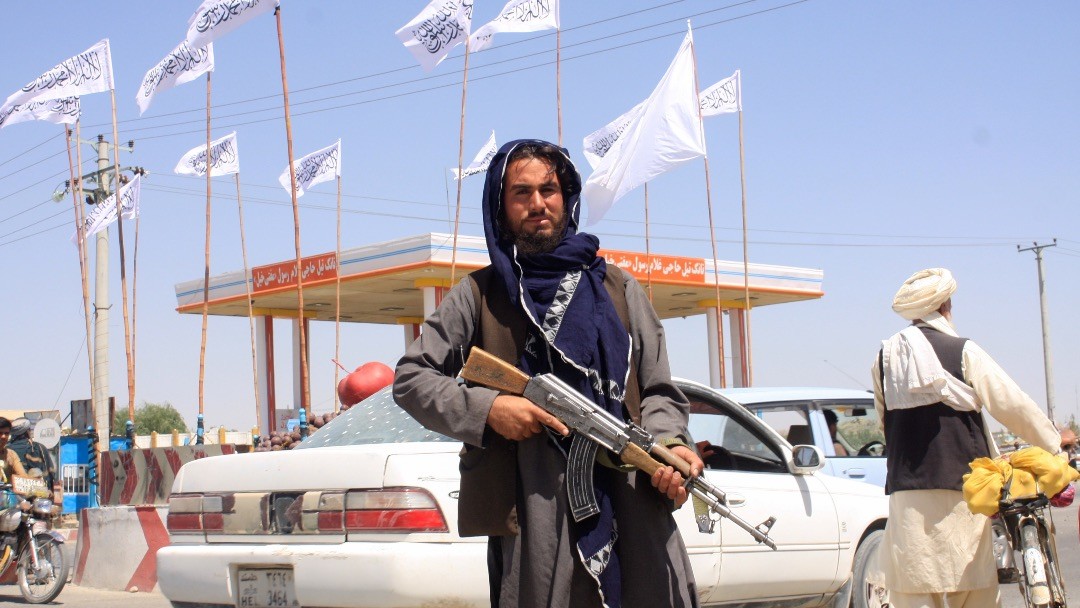 Photo: A Taliban fighter looks on as he stands at the city of Ghazni, Afghanistan August 14, 2021. Credit: REUTERS/Stringer.

Two dates from my teenage years stick in my memory. One was April 30th 1975.

I still recall the shock and humiliation. Desperate Vietnamese queued on the roof of the American embassy in Saigon (now Ho Chi Minh city), hoping to gain a place on a helicopter to spare them from the vengeance of the victorious communist Vietcong.

The defeat in Indochina shocked us in Europe too. American credibility was in tatters. The US Army was broken, addled with drugs and with indiscipline rampant. How could countries facing the Soviet threat rely on the security guarantee of a country humbled by barefoot soldiers?

Now it’s happening again. We are scrambling to evacuate our closest (and luckiest) friends from Afghanistan as the Taliban continue their seemingly unstoppable advance. Those who trusted the West look like fools. Cynics are vindicated.

Blame abounds. From my first visit to Afghanistan in September 2001 I was skeptical about Western intervention. Winning battles is easier than winning wars. Were we really ready to invest decades in modernizing a country where so many people prized other things? Few thought that through. Wishful thinking plagued our efforts. Our attention span was too short. Abruptly withdrawing the vital air support and intelligence assets that we had trained our Afghan allies to depend on were lethal — for our reputation, and for them. To declare victory and go home, leaving allies to be killed, shreds credibility.

US allies sacrificed blood and treasure too. Countless more Afghans were maimed and killed. All for what? Retreat, defeat, and surrender. A world looms without US leadership, of European impotence, and where China (and to some extent Russia) set the rules.

The bill for this will be paid first in Afghanistan, but also in Europe and Asia. Anyone who depends on a US security guarantee will now have at the back of their mind the prospect of queuing for an evacuation flight. Who will be on the last plane out of Tallinn? Riga? Vilnius? Warsaw? Taipei? Seoul? The US reputation for constancy has taken a terrible hit. It is hard to see — right now — how it can recover.

But I also remember another date three years later: October 16th 1978. That was the day, in the West’s darkest hours when John Paul II was elected as the first Polish Pope. I have never forgotten the thrill of that moment. Atheism had failed behind the Iron Curtain. Poland, so often neglected and misunderstood, was now at the center of world events. The communist rulers of “eastern Europe” had a headache that presaged a terminal disease barely a decade later.

That memory provides some slender hope amid the gloom. Few outside Afghanistan (and few in it, either) actually want the Taliban’s thugs and bigots to rule their lives. Few people find Xi Jinping’s bombastic speeches truly inspiring. Few outsiders, given the choice, would live under Vladimir Putin’s regime.

The West is losing not because we lack economic or military clout, or because our societies are fatally flawed, but because our decision-making is irresolute. We prefer short-term pain avoidance to long-term gain. As the British MP Tom Tugendhat put it, we choose to lose.

But we can also choose to win. That is what Western leaders such as Margaret Thatcher, the two Helmuts (Schmidt and Kohl), Ronald Reagan, and that wily Vatican brainbox knew. They took hard decisions and expressed their views with blazing moral clarity. The vast edifice of Soviet communism, based on fragile foundations of lies and fear, could not compete and crumpled.

We can do that again.  Nothing’s stopping us — except our own timidity and laziness.