Orbán Mixes it Up

The Hungarian populist leader is challenging the fundamentals of the European order in a time of war. 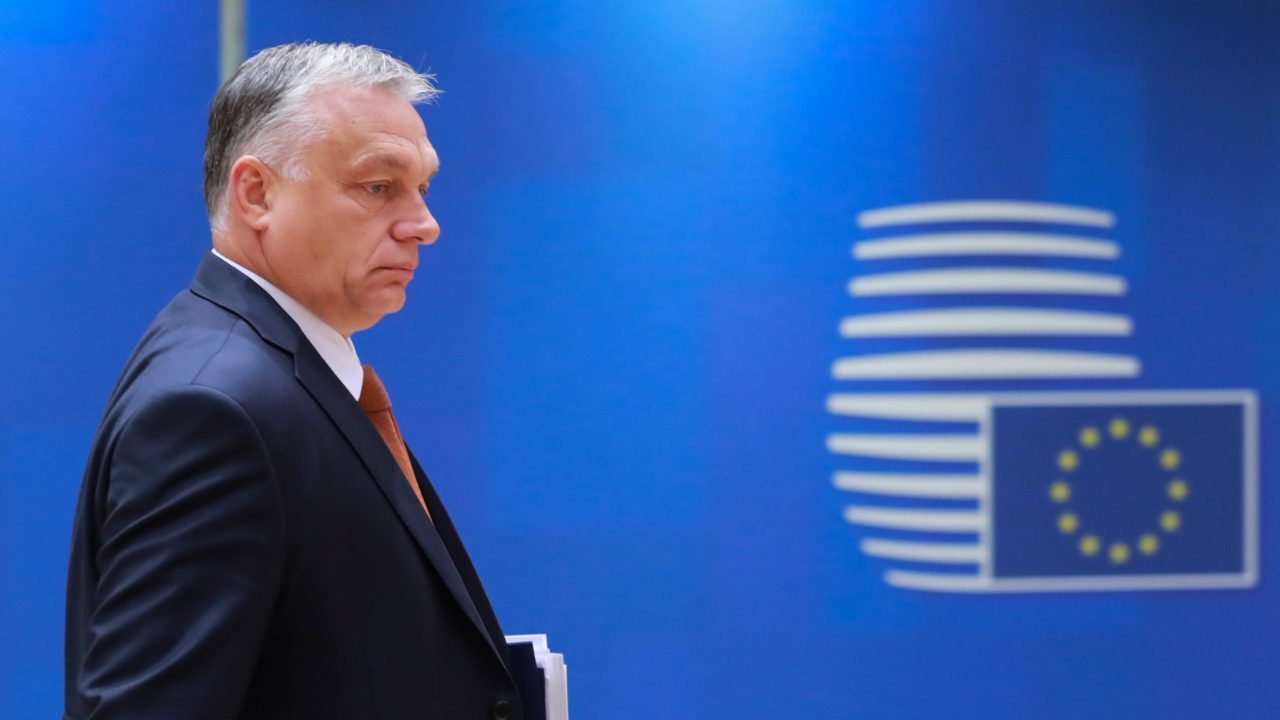 Hungary’s Prime Minister Viktor Orbán traveled to neighboring Romania last month to outline his big picture vision. His words caused an uproar, sparking allegations of racism within Hungary and far beyond. But while the racial elements of the speech were unquestionably poorly judged and phrased, some of the more serious elements were barely addressed.

Speaking in the little picturesque Transylvanian town of Băile Tușnad, as he has for more than a decade, Orbán this time chose to comment on what he called “race-mixing” as an undesirable prospect that must be resisted by Hungarians. His words were widely viewed as an echo of the language of 20th century fascist leaders and thinkers, and to make it even clearer, Orbán suggested that his audience read The Camp of Saints, a far-right 1973 novel by the French author Jean Raspail about the coming destruction of Western civilization by developing world migration.

Days later Orbán said that he had been misunderstood, and had meant “culture” when he said “race.” But this is not the first time that he and his supporters have used ambiguity about culture, ethnicity, and race in order to fuel the nativist agenda. The Băile Tușnad speech was notable because of its extreme terminology, but otherwise, it was simply a culmination of arguments that, for years, Orbán has emphasized about the importance of “ethnic purity” and an alleged conspiracy that is modeled on the “Great Replacement” conspiracy theory (see The Camp of Saints, above.)

The modern European mainstream does not respond well to such language and Orbán’s speech was quickly denounced by the leaders of the continent’s political parties in the European Parliament, who called it “openly racist.” One of the prime minister’s own advisers called it a “pure Nazi text” and resigned (though she then claimed to be reassured by Orbán ’s explanation.) Even Britain’s right-wing Spectator magazine described Orbán as a “nativist demagogue.”

The Hungarian leader’s use of fascist terminology had obscured elements of his speech that had delighted the pro-Putin propagandists of the Russian media — because Orbán also spoke at length about Ukraine, claiming that the war’s real cause was the West, and in particular its rejection of Russia’s “security demands”. He lamented that Donald Trump and Angela Merkel were not in office to take these demands seriously; advised the EU to abandon Ukraine’s war and instead push for peace negotiations.

Just like Orbán’s comments on “race mixing”, this line of argumentation has a history. Hungary’s leader was caught off-guard by Russia’s aggression against Ukraine, but he quickly rebounded, using media outlets controlled by his allies to paint an apocalyptic vision of Hungarians being sent to die for Ukraine were it to side with its neighbor. In April, Orbán publicly mocked Ukraine’s President Volodymyr Zelenskyy in front of his supporters, essentially accusing Ukraine’s president of meddling in Hungary’s affairs. Later, he made the war an explanation for Hungary’s economic woes.

Having previously portrayed Ukraine and the EU as supposed external enemies, Orbán now also argues that the EU must prioritize its relationship with Russia over its relationship with Ukraine, because it needs Russia more than the other way around. In a similar vein, Orbán has long claimed that his amicable relationship with Vladimir Putin was necessary to ensure that Hungarians continue to enjoy the benefits of cheap gas.

But if the relationship between Orbán and Putin is transactional, it is difficult to see how Hungary benefits.

It is true that Hungary’s economy is highly dependent on Russian gas imports – something that Orbán’s governments (and its forerunners) have done virtually nothing to change. However, over the past months, it also emerged that the gas trade between Hungary and Russia is more complicated than portrayed. Contrary to earlier claims, Hungary has paid the market price for Russian gas for months, and in spite of months of insistence that Russian supplies are reliable and guarantee cheap energy, Orbán’s government has enabled huge price rises for many gas consumers previously protected by a price cap. Yet the Russian relationship remains so important to Orbán that he has been willing to sacrifice the alliance with Poland, one of his most important allies.

The benefits to Russia are much more clearly visible. Perhaps most importantly, Russia got access. A lot of it. A golden visa scheme set up by Orbán’s government benefited, among others, the family of Sergey Naryshkin, the head of Russia’s Foreign Intelligence Service, the SVR, along with other individuals with intimate ties to the Kremlin. Hungary meanwhile has no plans to withdraw from the International Investment Bank, a Russian bank with historical ties to the security services, which is headquartered in Budapest.

The Hungarian government reportedly squarely refused US requests to expel Russian diplomats from the country, even as other EU member states have sent home scores due to evidence of espionage. Hungary also reportedly prevented sanctions against the Russian Orthodox Patriarch Kirill — another person with strong connections to the Russian security elite.

When in March it emerged that Russian state-backed hackers had accessed the network of the Hungarian Ministry of Foreign Affairs, the reaction of the authorities amounted to a shrug. It is not surprising that for years Russian agencies have reportedly considered Hungary to be safe ground.

Add to this the willingness and eagerness of media loyal to the Hungarian government to recycle and spread Russian propaganda narratives, and Orbán’s active assistance to Russian allies in the Western Balkans, including Milorad Dodik, the Bosnian Serb nationalist leader sanctioned by the United States: Hungary allocated €100m ($102m) in aid to the Republika Srpska government, controlled by Dodik’s party, earlier this year.

In short, while the relationship may be transactional, cheap gas may only be a part of it – if at all.

All that can be said with certainty is that Putin and Orbán are united by a purpose; the same purpose that also links the two parts of Orbán’s speech. This is the desire to build an “illiberal international”: a world shaped by the kind of politics that eschews the rules-based international order, liberal democratic norms, and transparency; institutions, and norms that currently make it possible for the European Commission to sanction Orbán ’s government and for the West to sanction Putin’s Russia. In some countries, such as Austria or France, his allies have been beaten at the polls. But this is a theme in European political life likely to outlast this political generation – and Orbán directly called out to his ideological allies facing elections soon in Italy and the United States, by mentioning them and their favorite issues.

A US administration that wants to avoid this outcome should follow a careful but firm policy. It should demand action against the substantial Russian intelligence presence in Hungary and threaten to downgrade ties if Orbán’s government refuses. It should support truly independent local media that have played a crucial role in exposing corrupt deals; a planned State Department project, shut down before it could start in 2018, could be a blueprint.

It should also seek to strengthen relations with politicians in Hungary who are partisans of strong, values-based Transatlantic ties. Last, but not least, it should be upfront — just like the US Embassy in Budapest was after Orbán’s speech — and consistent about what it considers acceptable rhetoric from an ally.

Neither Orbán’s far-right rhetoric, nor his disturbing closeness to Putin started yesterday. It is high time that it was taken seriously.