Nord Stream 2: The Ghosts of December

For the third consecutive December, US lawmakers will need to pay careful attention to the details as they work to agree on decisive sanctions to stop the Kremlin’s Nord Stream 2 pipeline. 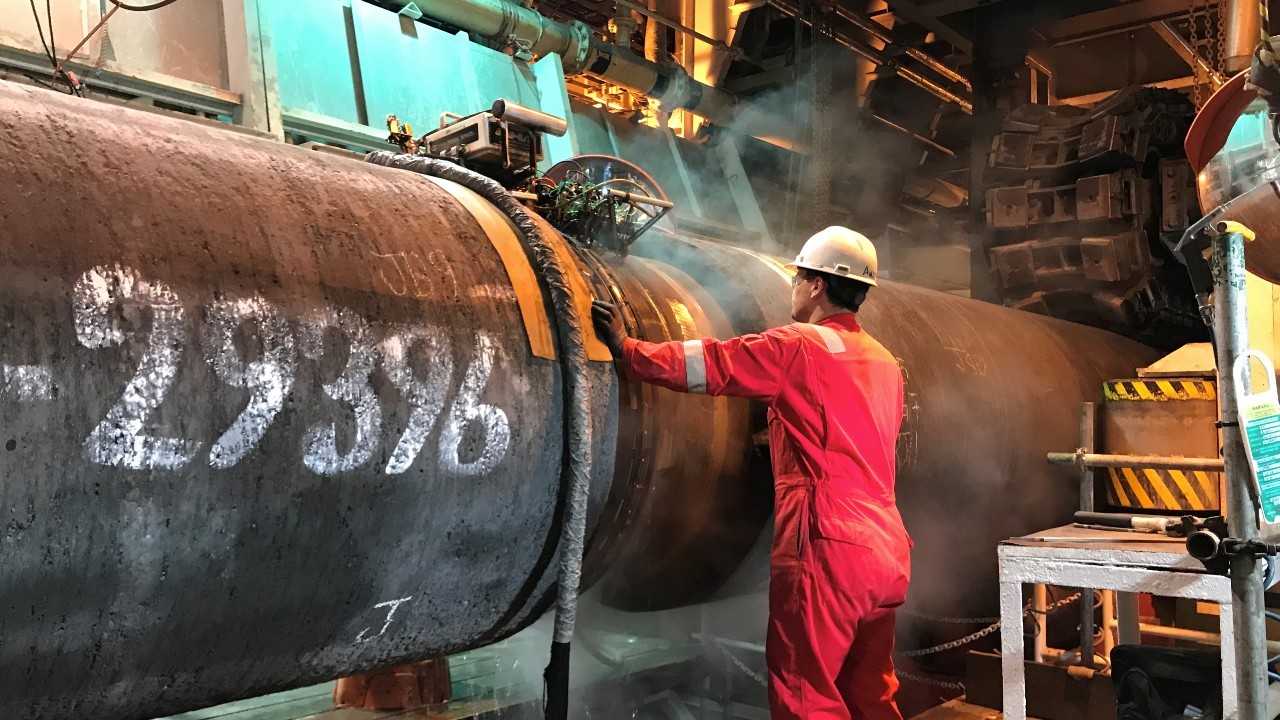 Almost exactly one year ago, I wrote a CEPA analysis entitled “Back to December: Exposing Nord Stream 2 Spin,” which noted the return of annual Thanksgiving customs in the U.S. even in then-virtual, socially distanced forms. This year saw the return of traditions, including the now biennial football institution of the Buffalo Bills closing out the holiday with a decisive victory.

Less cheeringly, we are also seeing the return of a new and unwelcome December tradition: narratives undermining bipartisan Congressional resolve to stop Russian President Vladimir Putin’s marquee gas pipeline project — Nord Stream 2 — once and for all. With key votes slated to take place in both houses of Congress over the next few weeks on the final version of the National Defense Authorization Act (NDAA) — potentially containing additional mandatory measures aimed at the pipeline — it is imperative that both Democratic and Republican lawmakers once again pay attention to the details during their push to stop the Kremlin project.

The first misleading narrative of the 2021 NDAA season emerged on November 16 with news that Germany’s national energy regulatory authority, the Bundesnetzagentur (BNetzA), had suspended the certification process needed for Nord Stream 2 to come into operation. With headlines like “Germany Blocks Nord Stream 2 Pipeline Approval,” and “Germany Suspends Approval of Nord Stream 2 Gas Pipeline,” policy observers could be forgiven for believing Germany had decided on a major policy shift to (finally) acknowledge and respond to the project’s threat to European energy and national security interests.

Except, it hadn’t. According to the Financial Times, the temporary suspension is purely procedural, rather than a policy decision to reject the Kremlin’s overt weaponization of energy. The “Nord Stream 2 project is creating a German subsidiary to own and operate the German section of the pipeline in response to EU ‘unbundling regulations,’ which require that companies producing, transporting, and distributing gas within the bloc are separate entities,” the paper reported.

It cited Pawel Majewski, CEO of Poland’s PGNiG, as stating that not only “is [it] not possible to certify a subsidiary of Nord Stream 2 AG as an independent operator of the gas pipeline,” but also that it is “not possible to establish an operator applying EU law only in the territorial waters of Germany.”

In other words, it appears that the German regulator will simply allow Gazprom to refile paperwork to advance one of the several legal fictions floated by the Kremlin-controlled enterprise over the past few years. The aim? Creating a structure that allows Nord Stream 2 to circumvent the full force of EU market liberalization policies, which would otherwise undermine Russia’s monopolistic business model. The FT report suggests that Gazprom may well be attempting to advance a scheme that I described in 2019 for the Atlantic Council in the month of (you guessed it) December. This proposal would “involve creating a shell company under which Gazprom could sell the last 12 nautical miles of the pipeline as it enters the German territorial sea to avoid having to comply with ownership unbundling requirements.”

Of course, understanding ownership is key here. Although physically located in Zug, Switzerland, Nord Stream 2 AG is 100% owned and operated by Kremlin-controlled Gazprom, and thus should be considered de facto a Russian state-owned-enterprise in legal and policy terms. If Kremlin-controlled Nord Stream 2 AG simply creates a German shell company to operate the last few nautical miles of the pipeline, as the FT report suggests, it’s hard to think of this as meaningful ownership unbundling.

That understanding should extend to sanctions policy as well. However, a November 22 announcement takes us back to December again — this time December 2020. At this time last year, the admirably straightforward German tabloid, Bild, reported on a plan “to trick the US government.” The alleged scheme would allow “the eastern German state of Mecklenburg-Vorpommern [to] set up a foundation with the stated purpose of combating climate change, but whose real objective would be to provide support solely to Nord Stream 2-related firms, somehow avoiding a sanctions designation in the process.”

Misunderstandings of the issues have been rife throughout the pipeline debate. It seems this German local government proposal was a response to a story earlier in 2020 that the inclusion of certification language in the 2020 NDAA would inadvertently lead to sanctions on EU government entities. Since then, it was (rightly) decided in last year’s NDAA that US sanctions policy intent was not aimed at allied government entities themselves, by including an “exception for certain governments and government entities” in Europe that are “not operating as a business enterprise.”

That last clause is highly relevant here since it appears to address the establishment of any quasi-government entity within US, allied and partner nations aimed at advancing the commercial interests of the Russian pipeline itself. Furthermore, as I’ve also described in these pages, the existing 2020 NDAA law takes ideas such as transfers to a Gazprom-backed “climate foundation” into account, stating that sanctions designations would include “foreign persons that have knowingly sold, leased, or provided the vessels for the construction of [the] project or facilitated deceptive or structured transactions to provide such vessels.”

Despite Congress closing these sanctions loopholes, it appears that the new November 22 Nord Stream 2 sanctions issued by the Biden Administration have not properly taken this language into account. That announcement “lists two vessels and one Russia-linked entity, Transadria Ltd., involved in the Nord Stream 2 pipeline. Transadria Ltd. will be sanctioned under PEESA [Protecting Europe’s Energy Security Act], and its vessel, the Marlin, will be identified as blocked property.”

While these sanctions are not designed to stop Nord Stream 2 (which is a problem), the story of the other listed vessel is the bigger concern here. According to a Bloomberg report, “another vessel, the Blue Ship, was cited for its work on the pipeline, but not sanctioned because it belongs to an entity affiliated with the German government.” Per German media reports, on July 1, 2021 Blue Ship — which earlier this year engaged in sanctionable stone-laying work along the Nord Stream 2 route — had its registered ownership transferred to the aforementioned entity set up with primarily Gazprom funding: Klima und Umweltschutz MV.

The Biden Administration’s elective act of specifying that Blue Ship was engaging in sanctionable activities but justifying not sanctioning the vessel by claiming the ship’s affiliation with the German government is more concerning than its mere impact on the future of Nord Stream 2. If left uncorrected, the move would provide a clear framework for other authoritarian nations currently targeted under the US sanctions program to create similar cynical shell “foundations” to evade designation and undermine the efficacy of US counter threat financing programs globally.

Finally, just this weekend, reports emerged in The Hill of another argument from German supporters of Nord Stream 2, who apparently have been saying that “US officials didn’t begin expressing serious opposition to it until late 2019.” Really? Not only did senior officials from consecutive US administrations loudly call for Nord Stream 2 to be stopped — most notably then Vice President Joe Biden back in 2016 — but Congress also passed serious sanctions legislation back in 2017 through the Countering America’s Adversaries Through Sanctions Act (CAATSA). In fact, then German Foreign Minister Sigmar Gabriel — a vocal Nord Stream 2 supporter — thought the opposition so serious that he wrote a public letter decrying that legislation.

It is unsurprising that complex regulatory and sanctions evasion schemes seem to crop up each year ahead of Congressional NDAA legislation voting. Nord Stream 2 supporters clearly understand that well-crafted US sanctions legislation can still stop Putin’s geopolitical weapon in its tracks, and may be hoping Congress will get lost in the details.

But until then, the Transatlantic security policy community will return every December to encounter the same arguments while working for the same outcome: a sanctions policy of maximum effect to support European energy security.