The alliance has important decisions to make about the future shape of its intelligence and surveillance systems. 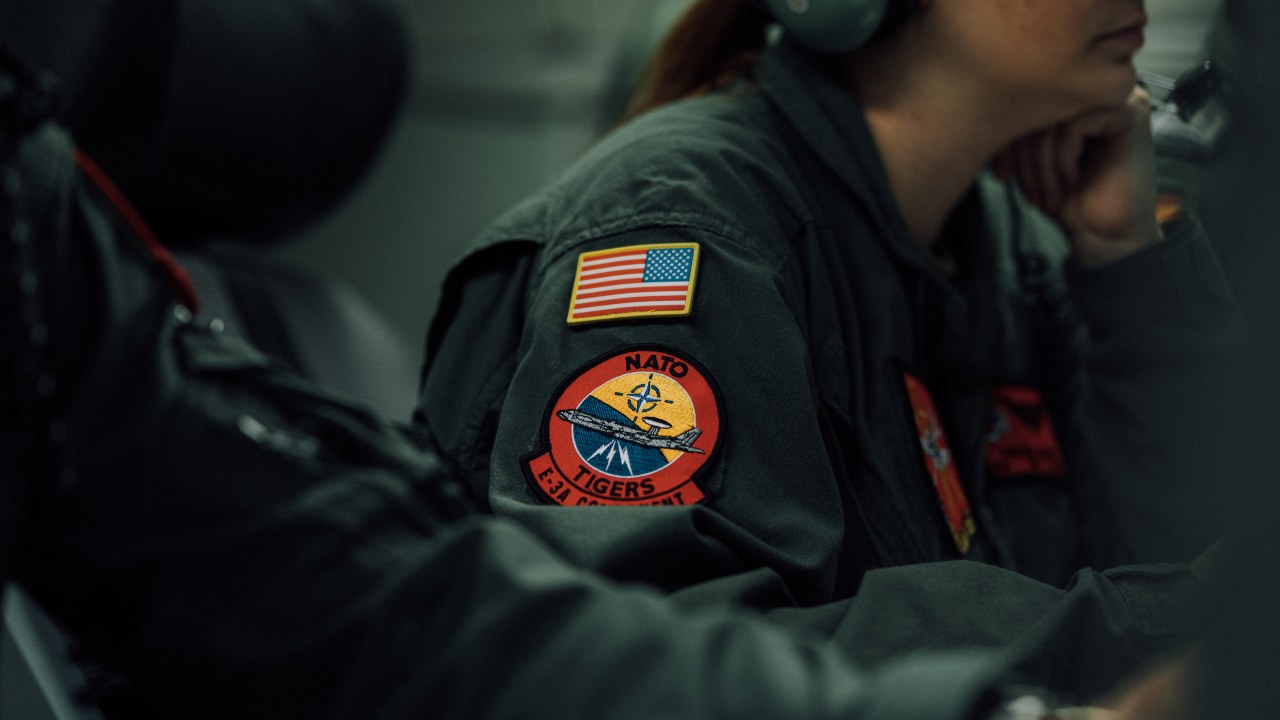 Photo: Two patches on the arm of an American crew member of a NATO Boeing 707 E-3A AWACS. Credit: NATO via Flickr.

NATO Madrid’s Summit agenda includes Joint Intelligence, Surveillance, and Reconnaissance (ISR), a capability in the process of rapid technological evolution that can greatly sharpen the performance of alliance forces.

ISR dates back as far as the oldest warrior cultures, but in the 21st century many approaches — like drones — can be operated by military personnel far from the frontlines, and offer an extraordinary ability to view and intervene on the battlefield. Copious numbers of drone videos from Ukraine have demonstrated how, for example, modern ISR works in devastating tandem with artillery.

The alliance must now ensure that its ISR fully digests the most useful lessons of the war in Ukraine and that it has the equipment and personnel to match this.

Joint ISR is one of a long list of capabilities designed to strengthen NATO’s long-term deterrence and defense. “At the Summit, NATO Leaders will significantly strengthen the Alliance’s posture for the long term, with more presence, capabilities, and readiness. Ensuring NATO remains fit for the future will require adequate resources and continued investment in defense.”

“Both surveillance and reconnaissance include visual observation (from soldiers on the ground) and electronic observation (for example from satellites, unmanned aircraft systems, ground sensors, and maritime vessels), which are then analyzed, turning information into intelligence.”

This encompasses a lot, but in short, JISR multiplies the options for commanders and decision-makers. At a time of expanding capabilities and opportunities, it is a good time to be discussing how much JISR capability should be NATO-owned and NATO-operated, and how much should be provided by member states.

For example, the AGS with its flight of five RQ-4D Phoenix remotely piloted aircraft associated ground installations for processing, exploitation, and dissemination (PED) is a NATO capability. AGS reached initial operational capability at its main base in Italy in February 2021 and flew extensively in the Black Sea Region prior to Russia’s largest invasion of Ukraine on 24 February. Large numbers of flights have continued in NATO member airspace, including a surge week from 11-18 May. The force buildup and Russia’s war in Ukraine will inform the Madrid Summit’s discussion of JISR and provide some solid lessons learned.

Unmanned systems should not be limited to air vehicles only. AGS performance in the Black Sea region should inform NATO discussions of remote maritime systems, on both surface and subsurface platforms.

The Ukraine war has also spotlighted the value of commercial space-based imagery. The timing of the Madrid Summit offers a great opportunity to begin mapping the way ahead for this capability. NATO has explored this, but allies with pre-existing commercial contracts can also deliver what is needed through national contributions. This is a growth area; in truth, NATO leadership has little option except to identify paths for acquiring this capability.

For AGS, commercial imagery, data from NATO AWACS, and more, the most important future capability is to apply Artificial Intelligence and Machine Learning (AI/ML.) This can be a game changer for the critical PED portion of the ISR process, reducing voluminous data to a manageable level for the human in the loop. Automated processes can speed the sensor-to-shooter link and provide a distinct advantage in combat. In order to optimize interoperability — data standards, product standards, command and control systems — AI/ML in Joint ISR needs to find the right balance between NATO and national capabilities.

Another key segment of the Joint ISR system which must have the right balance, is in intelligence staff.

Alliance leadership at the Madrid Summit will discuss increased forces in Europe, but must also consider the training and manning not only of the NATO JISR system but all of the intelligence billets at regional headquarters and other structures providing increased force posture. This is another area to find the balance between investing in NATO and in national contributions.

Intelligence sharing from NATO to non-ally partners with whom NATO operates (like Ukraine) also needs attention. Not just on policy, but also for technical solutions to share intelligence between NATO partners.

The Madrid Summit is occurring at exactly the right time to consider the future of NATO Joint ISR, whose critical importance can be graphically illustrated to alliance leaders. Looking ahead, Joint ISR lessons from the war in Ukraine and any Joint ISR decisions from Madrid can be exercised and tested in Unified Vision 2023.

Steven Horrell is a Nonresident Senior Fellow with the Transatlantic Defense and Security Program at the Center for European Policy Analysis (CEPA). He is a former US Navy Intelligence Officer, retiring as a Captain in 2021