Reexamining the Alliance’s Vulnerable Shoulder Ahead of the NATO London Summit At NATO’s London Summit on 3-4 December 2019, Alliance leaders will refocus their attention on the Black Sea. This will provide a valuable opportunity to assess the dangers facing the Alliance’s most vulnerable flank between the Black and Baltic Seas, particularly from conflicts promoted […] 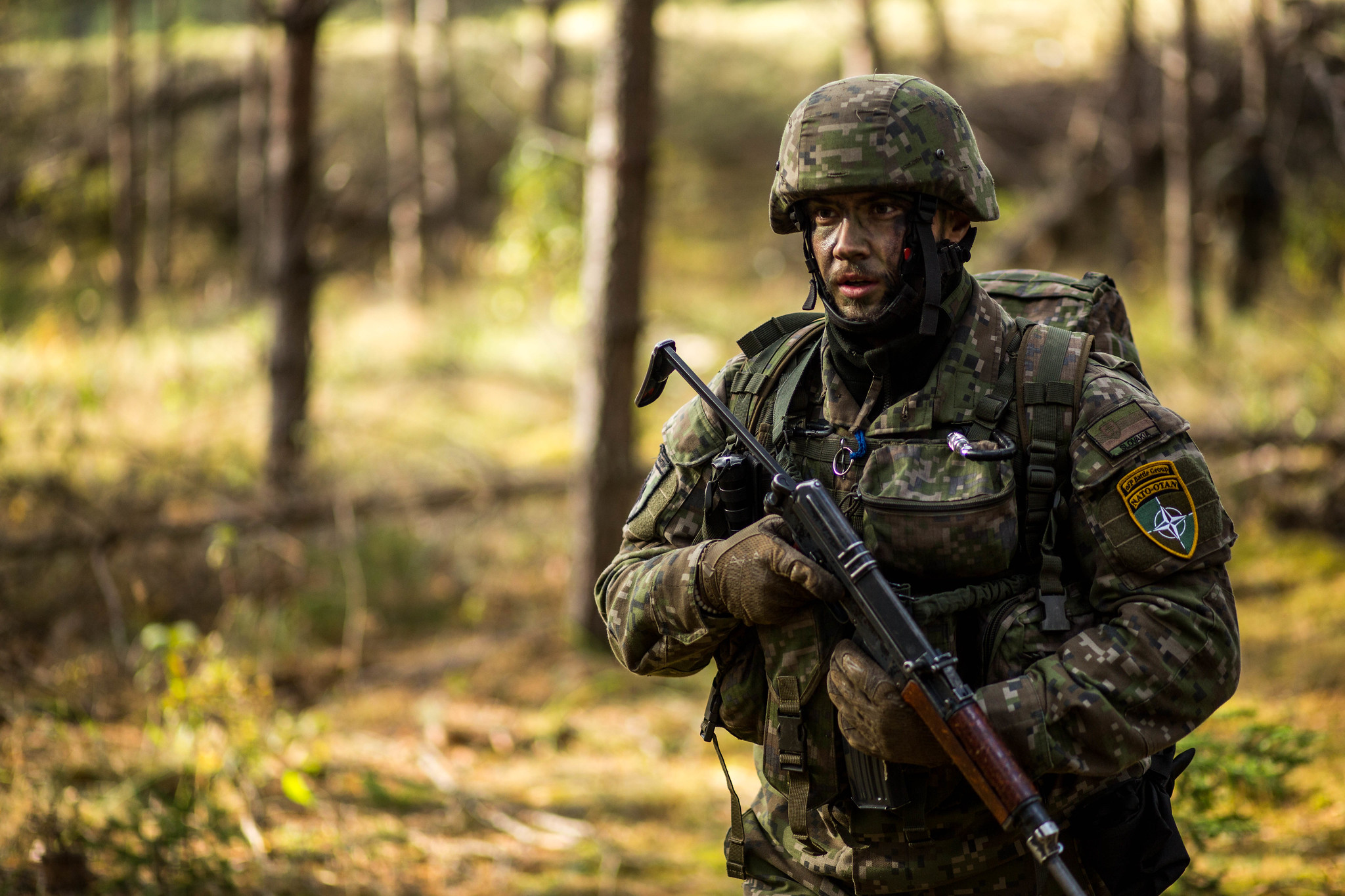 A Slovak soldier with Stefanik Company marches down a road in eastern Latvia. Stefanik Company, a mechanized infantry unit currently based in ?dai, Latvia, is Slovakias first contribution to NATOs enhanced Forward Presence in Eastern Europe.

At NATO’s London Summit on 3-4 December 2019, Alliance leaders will refocus their attention on the Black Sea. This will provide a valuable opportunity to assess the dangers facing the Alliance’s most vulnerable flank between the Black and Baltic Seas, particularly from conflicts promoted by Moscow.

The London Summit will revisit the package of measures agreed at NATO’s Foreign Ministers meeting in Washington in April. The package stresses improving NATO’s “situational awareness” through information sharing, training of maritime forces, exercises, and increased support for Georgia and Ukraine. In highlighting the importance of the NATO initiative, CEPA has outlined potential conflict scenarios in a new report on Strengthening NATO’s Eastern Flank: A Strategy for Baltic-Black Sea Coherence.

The Alliance needs to make preparations for five potential conflicts, whether to deter escalation, defuse armed conflicts, or defend against outright military confrontation. The goal should be to inflict severe costs on Russia in three crucial domains: military resources, geopolitical effectiveness, and international sanctions.

First, Moscow can escalate its war against Ukraine. In addition to blocking Ukrainian ports on the Azov Sea, the Russian navy can target other ports along the Black Sea, including the key outlet of Odesa. Crimea would be used as a bridgehead for operations along the entire Ukrainian coastline. Having built up its maritime capabilities, Moscow is in a strong position to ward off any countermeasures by NATO forces to open sea lanes. The impact of a long-term blockade would be to strangle Ukraine economically, promote social instability, weaken the government in Kyiv, and make it more susceptible to Kremlin political demands.

Second, Moscow could engineer a provocation involving ethnic Russians or Russian speakers in Estonia or Latvia to justify a direct incursion on behalf of allegedly endangered national minorities. Undercover Russian agents and disinformation outlets could inject separatism, similar to the Ukrainian Donbas model, in Russian speaking areas of eastern Estonia (Narva) and eastern Latvia (Latgale) or even stir ethnic conflicts in Riga and Tallinn. Several simultaneous subversive scenarios would precipitate a direct challenge to NATO and test whether there is sufficient Alliance cohesion to subdue Russian proxies.

Third, Moscow could destabilize Belarus by seeking to replace President Alyaksandr Lukashenka with a pro-Putin loyalist if Belarus is viewed as veering outside of Russia’s orbit toward Western institutions. Putin can also push toward a closer union between Russia and Belarus and provide a pretext for another term in office as president of a new state after his current term expires in 2024. Such moves could precipitate Belarusian resistance and lead to a more comprehensive Russian military intervention. The presence of Russian troops along Belarus’s western borders would be viewed as a direct threat in Poland, Ukraine, Lithuania, and Latvia. It would raise prospects that Moscow could engineer incidents to close the Suwałki Corridor and link up its forces in Belarus and Kaliningrad. Moscow would also be in a more favorable position to attack Ukraine from the north as well as the east.

Fourth, the Moscow-backed Transnistrian separatist region inside Moldova can be employed to precipitate a conflict with the Moldovan government or with Ukraine or Romania. Moscow’s disinformation attacks have claimed that Kyiv threatens Transnistria’s existence and may assist Romania in absorbing Moldova. Concurrently, Russia’s propaganda asserts that Bucharest seeks to annex Moldova together with pockets of territory inside Ukraine. Moscow’s purpose is to stir uncertainty and conflict between Moldova, Romania, and Ukraine and lay the groundwork for intervention to defend Transnistria or Russian-speaking populations in Moldova and Ukraine.

Moscow can also support Gagauz separatism in southern Moldova and Danubian Ukraine as a pretext to emplace its troops or proxies in these territories. The Kremlin may threaten both Romania and Ukraine simultaneously with partition by backing the creation of a Russian-protected Budjak Republic in southern Moldova and parts of Odesa oblast in Ukraine that contain Moldovan, Gagauz, Russian, and Bulgarian minorities.

Fifth, Moscow can provoke conflicts in the South Caucasus to prevent the development of closer ties between the three regional states and the West. It can undercut Georgian sovereignty by a new offensive bifurcating the country with a military corridor between the Russian-occupied territory of South Ossetia and Armenia. This would boost Russia’s military presence in Armenia and signal to the reformist government in Yerevan that Moscow will not tolerate the country moving closer to the West.

Moscow could also reignite the conflict between Armenia and Azerbaijan over the occupied Nagorno-Karabakh region and adjacent territories as a pretext to inject its troops as “peacekeepers” and apply more pressure on both states. Tensions between Tbilisi and Baku, including disputes over access to a Georgian Orthodox monastery in Azerbaijan, can also be fanned by Russia to its advantage. Such maneuvers would also enable Moscow to disrupt non-Russian energy and transportation links between the Caspian basin and Europe, including the Southern Gas Corridor from Azerbaijan, and bolster its energy offensives in Europe.

Photo: “A Slovak soldier with Stefanik Company marches down a road in eastern Latvia” by NATO under CC BY-NC-ND 2.0.