NATO’s Case for War With Russia

The West’s most recent conflicts have involved long debates about legality. This time, Vladimir Putin’s aggression leaves no room for debate. 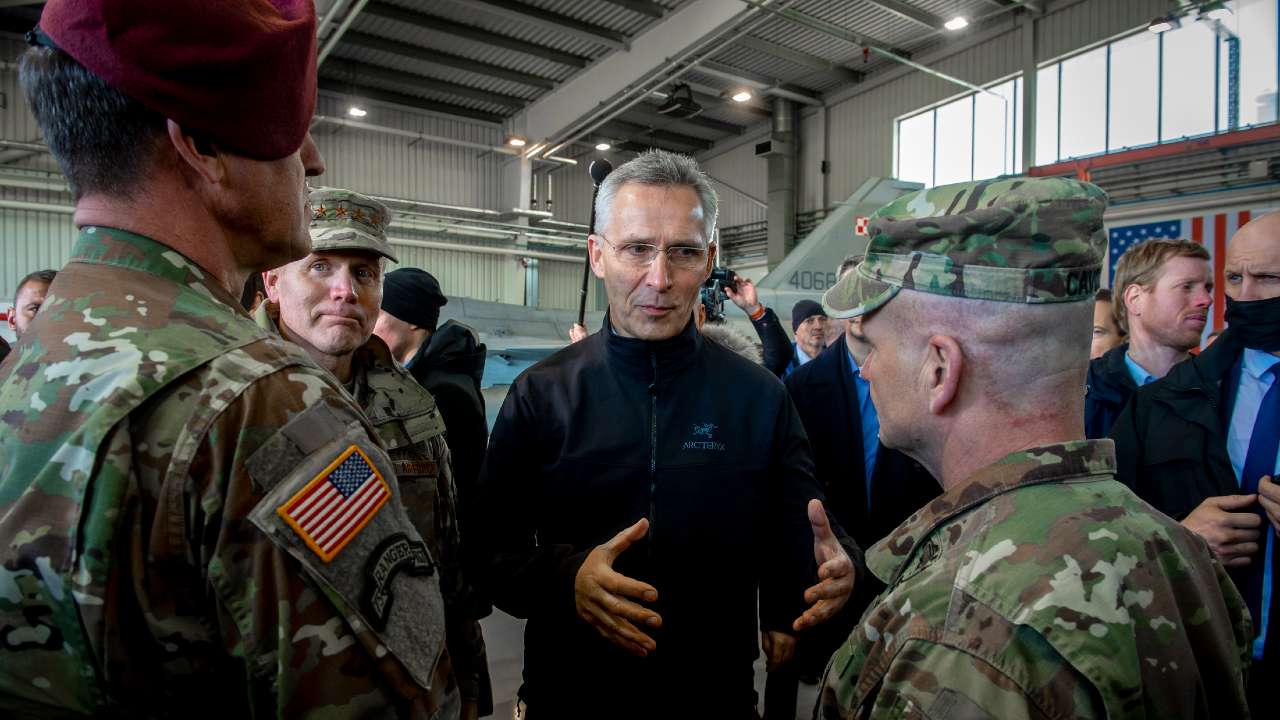 Putting aside for the moment the willingness of the US and its NATO allies to become engaged militarily in Ukraine, their right to do so is unquestionable. Russia’s February 24 invasion of Ukraine was both unprovoked and illegal. If Ukraine’s government were to request assistance from the US or the alliance to help defend its territory, this would be permissible and legal under international law.

Article 51 of the United Nations Charter states that a country under armed attack can respond by defending itself. Although not all military invasions are considered an “armed attack,” most experts argued Russia’s illegal annexation of Crimea in 2014 met this test and entitled Ukraine to respond through continuing hostilities.

Such military responses must however be proportionate to those of the perpetrator. More simply, this means if the Russian army decides to bomb a military base in Ukraine, in theory, the Ukrainian army could respond by doing the same to a base in Russia. The principle of proportionality though prohibits military objectives which seek to intentionally kill or injure civilians. Basically, both sides of the conflict should try and limit disproportionate damage they cause to one another during the war; Russia’s alleged failure to do this — by attacking civilian targets such as housing blocks — is already providing encouraging lawyers and civil rights activists to collect evidence for possible future war crimes trials.

Ukraine’s right to seek assistance under Article 51 is enshrined as part of Chapter VII of the UN Charter, which states that a country can employ individual or collective self-defense until the UN Security Council (UNSC) acts. In the case of Ukraine, Russia is not only the aggressor but also a veto-wielding UNSC member, so no action will come from that quarter unless Vladimir Putin is looking for a way out (as the British and French did after their Suez invasion in 1956.)

The issue of Ukraine has come before the UNSC, but it has taken no action (as it is empowered to do.) International legal scholars anyway disagree about how to precisely define Security Council action, which is described as taking “measures necessary to maintain international peace and security.” Some argue a country loses its right to use force in self-defense after the Security Council takes the necessary measures to restore peace. The language is somewhat ambiguous.

There is another legal consideration — the 1994 Budapest memorandum, signed by Ukraine, Russia, the UK, and the US. Many commentators have suggested this obliges the Americans and British to assist Ukraine. This is not the case. The Budapest memorandum followed the re-establishment of Ukrainian independence in 1991, and was designed to ensure the safe removal of huge numbers of Soviet-era nuclear weapons in its geographic territory. Ukraine gave up what at the time was the world’s third-largest nuclear arsenal in exchange for Russia’s promise to respect its borders and sovereignty. This promise was codified in the Budapest memorandum but these were security “assurances,” not “guarantees.” By providing guarantees, the US would have had to commit and promise to intervene militarily should Russia ever decide to invade, but neither the US nor the UK agreed to that. At the time, the US and Ukraine did not discuss what these assurances would look like in real life, and sadly now they seem like empty promises.

Although the United States and NATO can technically intervene on Ukraine’s behalf (responding to a request from Ukraine’s government) in reality, this is highly unlikely. By intervening they run the risk of rapid escalation. This is precisely the reason why NATO and other allies have rejected calls for a “no-fly zone” over Ukraine. The moment a Russian plane enters Ukrainian airspace, NATO or the US would have to shoot it down, potentially leading to an unrestricted conflict. The same argument has been made against sending combat aircraft to Ukraine, even though Ukraine has formally requested them. The sad reality is Ukraine is not a NATO member and therefore the alliance has no treaty duty to defend it or intervene.

That is not to say that Russia is safe doing whatever it wants to Ukraine. The US administration has warned the Kremlin not to use chemical weapons and the employment of other weapons of mass destruction (WMD) would also be likely to provoke a retaliatory response. So too would any spillover of Russian military action onto NATO territory. Yet the cold truth, for now, is that while the West could legally intervene, it is making every effort not to do so.