NATO or Not, Finland Is a Valuable Security Contributor

Given Russia’s recent military build-up near Ukraine and the debate on Finland’s possible NATO membership, it’s easy to forget that Helsinki is already intimately tied to the West. 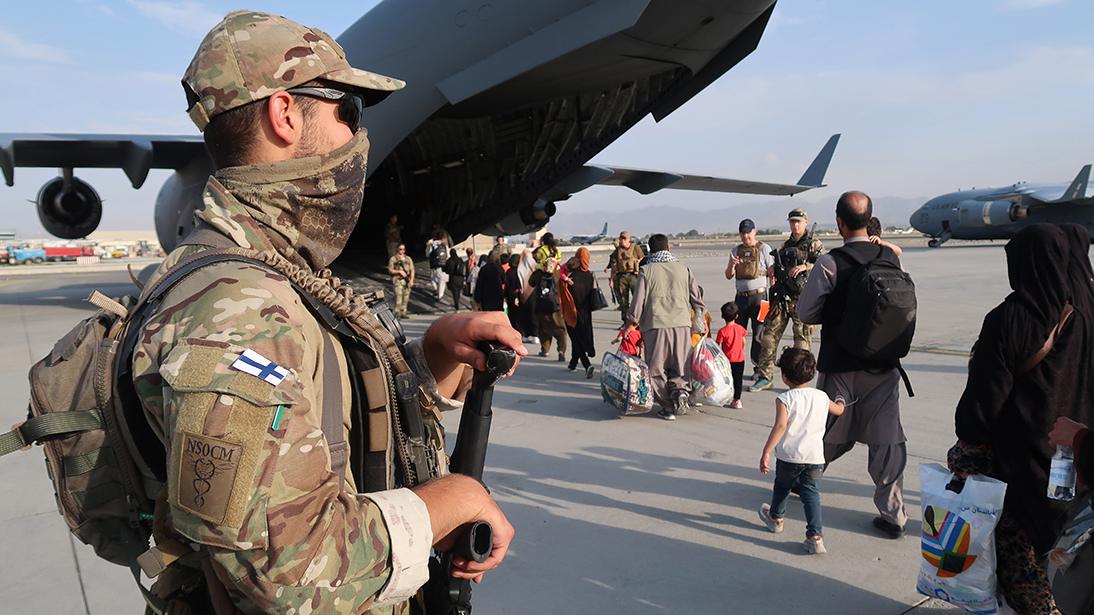 On January 1, Finland’s President Sauli Niinistö broadcast his New Year’s Speech. It gained widespread international attention, not only for its analysis on European security but also for his remarks on Finland’s possible NATO membership.

President Niinistö said Finland’s room to maneuver and freedom of choice include the possibility of military alignment with and application for NATO membership, should it so decide. He added that NATO’s open-door policy has been confirmed to Finland publicly. While the President’s words indicated that Finland’s current policy remains as it has been for some years, the speech raised questions for some as to whether the country was actually signaling it was preparing to seek full alliance membership. And indeed, Finns have carefully watched Russia’s military moves — which now involve 130,000 troops near the border. Perhaps uncoincidentally, public opposition to membership has shrunk to a historically low 42%.

Even so, a NATO membership application seems unlikely. Instead, Finland is more likely to continue its policy of defense integration with NATO and with partners such as Sweden, Norway, the United States, and through other regional defense arrangements.

Finland fought and lost two lost wars with the Soviet Union. It ceded territory and was for decades under Russian pressure. In practice, it was in the Kremlin’s sphere of influence throughout the Cold War, which some referred to as “Finlandization.” In the eyes of Finns, this did not mean slavish adherence to Russia’s desires; it meant improving its room for maneuver by utilizing a policy of formal neutrality to avoid an uncomfortable position between great power conflicts. Finland stayed outside NATO and had only minimal international defense engagement with the West, as the Finno-Soviet Treaty of 1948 defined the limits on defense cooperation with third parties. According to the treaty, the Soviet Union and Finland could activate joint military consultations when deemed necessary. As a result, Finland, NATO, the United States and Sweden endeavored to avoid unnecessary military action in Northern Europe that would provoke the Soviet Union to activate this clause.

It was only after the collapse of the Soviet Union, when Finland formally abandoned neutrality and was able to execute defense cooperation with the West more freely. In practice, the post-Cold War era of 1992-2013 saw Finland becoming a fully NATO interoperable country as it developed its Defense Forces (FDF) to meet alliance standards (a requirement for Finland’s defense procurements since 2007), participated in NATO-led operations in Kosovo, Afghanistan, and Iraq and cultivated a close defense partnership with the United States through the purchase of state-of-the-art military hardware, including the F/A-18 Hornet fighter aircraft, JASSM missiles as well as the NASAAMS air-defense system. On February 11, it signed a $9.4bn contract to buy US-made F-35 combat aircraft.

The events of 2014 in Ukraine represented a change of paradigm for Finland’s security and defense policy. While the country remained outside NATO and its security relied above all on its national defense capabilities, the changes in European security have opened up new opportunities. This is visible in three ways.: through defense cooperation agreements, increasing exercises with partners for the territorial defense of Northern Europe, and with amended laws on the FDF’s core tasks.

The main reason for Finland’s closer defense integration with NATO after 2014 has been geostrategic. NATO realized it would need to beef up defense capabilities and planning in Northern Europe, making Finland a natural partner.

Finland has also participated in NATO and other multinational activities concerning collective security such as the Trident Juncture and BALTOPS exercises as well as NATO’s annual Crisis Management Exercises, in which the Alliance has rehearsed its political-military decision-making in a fictitious Article 4 and Article 5 crisis scenarios.

The country has also implemented an agreement on Air Situation Data Exchange and signed a Host Nation Support agreement (HNS) with NATO, which while it does not supersede Finland’s national legislation or obligations, nonetheless enables political and military-technological cooperation and opportunities such as training and exercises on Finnish territory. Equally important, in 2017 Finland revised the FDF’s tasks to remove legal obstacles to the provision and receipt of international military assistance.

In recent years, the interoperability Finland has built for decades has evolved into defense cooperation in crises and conflicts, as stated in Finnish Government’s 2021 Defense Report. This means that potential NATO membership is not the sole measurement of Finland’s commitment or role in European security. Finnish non-alignment increasingly means absence from a formal military alliance, but it does not describe or predict the country’s behavior in emergencies.

International defense cooperation is critical to Finnish security and defense policy. The country will continue its steady integration into the Western security community and so also to strengthen NATO. For the alliance, cooperation and defense engagement with Finland is valued as its geographical position and proven national military capabilities would be important in a regional crisis. From a NATO perspective, Finland already strengthens the security of its north-eastern flank and the defense of the Baltic states and northern Norway.

All of which means that applying for NATO membership is not deemed necessary. At a moment when Russia is challenging NATO and its enlargement policy, Finland recognizes the geostrategic stakes and is choosing not to become a source of acute tensions. More importantly, its links with NATO are already established.

That is helpful for the alliance, but there remains an issue that is perhaps more of an issue for Finland; it has no automatic Article 5 mutual defense commitment from the alliance. This means Finland has to work hard to uphold close dialogue and seek new ways to deepen its defense cooperation.

For now, the country’s policy might be enough to provide it with a credible deterrent against Russian military threats. Russia’s most recent military build-up in Ukraine and attempts to re-make European security will certainly underline the need for close defense cooperation in the north of the continent. Events can however provide another change of paradigm for Finland. This is particularly the case if in Russia’s view Finland should refrain from extensive security collaboration and training with NATO — and there are increasing signs that this is the direction of Kremlin thinking. President Putin has even referred to Finland’s “neutral status.” In this case, Finland would experience political tensions with its neighbor outside or inside the alliance.

For Finland, a possible NATO application is soft deterrent vis-à-vis Russia. Any change in that position would bring a loud Russian response and it is therefore reasonable to assume that even if Finland was seriously considering membership, we probably wouldn’t know early in the process. Do not expect Finland to show its cards beforehand.

While NATO membership still seems unlikely at the moment, Russia’s aggression may have permanently changed Nordic security debates, including that of Finland. See, for example, how Finnish opinion favoring membership has grown from 20-24% up to 28-30% in just a few months.

Finland’s foreign and security policy has traditionally been characterized by ambiguity. In his New Year’s Speech, President Niinistö gave an example of this when he described Finland’s foreign and security policy as stable, and highlighted how in a fast-paced world, it is “more valuable than ever to know when to hurry, and when to have patience.”

While Finland seeks strategic stability, its partnership-based solutions are producing conditions for an incremental alliance-like defense policy. If Finland does one day opt for NATO membership, it most likely wouldn’t do so in a hurry; practicing patience at this time might be a suitable option for everyone.

Henri Vanhanen is foreign policy advisor to the National Coalition Party in Finland. He previously worked at the Finnish Institute of International Affairs and the Finnish Parliament and Ministry of Foreign Affairs.