NATO After the Pandemic

Convalescence, Recovery, and Greater Resilience Schadenfreude — joy in the misfortunes of others — is in the air. “The coronavirus has confirmed what the world has been afraid to admit for several years: “there are no global responses to global challenges” crows a piece by Elena Alekseenkova, published by the Valdai Club, a Putin regime talking shop. “No […]

Schadenfreude — joy in the misfortunes of others — is in the air. “The coronavirus has confirmed what the world has been afraid to admit for several years: “there are no global responses to global challenges” crows a piece by Elena Alekseenkova, published by the Valdai Club, a Putin regime talking shop. “No wonder some people in Europe are already comparing the pandemic to World War II, and this probably means that Europe will need a second Yalta and new agreements on how to organize [the] afterlife once the pandemic is over,” she concludes.

The jubilation in Moscow is telling, if premature. NATO militaries have already shown their solidarity and effectiveness on behalf of their own countries’ populations. For example, British soldiers have just built one of the country’s largest hospitals from scratch in a couple of weeks. NATO foreign ministers on April 2 tasked the Supreme Allied Commander Europe (SACEUR), General Tod Wolters, with coordinating the air transport of medical equipment and personnel to fight the “invisible enemy” of the coronavirus. The Euro-Atlantic Disaster Relief Coordination Centre (EADRCC) has been tracking and organizing assistance requests. NATO planes have already been distributing medical equipment, most recently to Slovakia, the Czech Republic, and Romania.

While dealing with current challenges, NATO must not forget old ones. The coronavirus may have eclipsed earlier strategic conundrums but it has not erased them. Russia shows no sign of negotiating on Ukraine or reducing its information warfare and other threats to European security. The EU has already shown itself unable to cope with the Italian challenge. U.S. leadership has been visibly insufficient, unlike earlier crises, leading some analysts to proclaim the end of American leadership. European resentment at the U.S. administration is growing. Existing rows over trade and defense spending are compounded by diplomatic friction over secondary if not tertiary issues like the name of the virus, an issue that caused disarray at a recent G-7 Foreign Ministers meeting.

If, as some predict, the COVID-19 virus is a recurring, cyclical threat, then until a vaccine or cure is developed we will undoubtedly see long-lasting pressure on public finances, prioritizing healthcare spending over defense. This trend offers the regimes in Moscow and Beijing numerous opportunities in their common campaign  to erode NATO’s cohesion.

Alliance members must start preparing now to deal with these future challenges. The crisis offers opportunities. The armed forces in member states have demonstrated their indispensability and effectiveness in safeguarding public health. With proper political leadership the enhanced public support for the military should translate into greater investments in preparedness and logistical support. That should help overcome deficiencies in logistics, transportation infrastructure across Europe, and medical support in case of hostilities or another humanitarian crisis. Spending on these items increases NATO’s ability to rapidly go to wherever the crisis is.

The case for greater spending on training is now stronger, too. This benefits Allied capabilities both in supporting social resilience during emergencies and military missions. Pandemics on this scale have been routinely predicted for years in wargames as well as economic forecasts.

Security has long since shown to be more than the defense of the realm. And it will certainly now include defense against epidemics and pandemics. Militaries and international cooperation have essential roles to play here and NATO governments from Washington to Skopje must step forward and assume them now and into the future. In this case, seizing the day must start today, by building our common defense and our mutual security against pandemics as well as military threats. 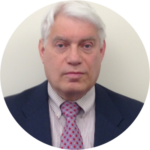