Much More Than Just Ukraine

A failure to prevent further Russian advances into Ukraine will have ramifications across the South Caucasus and Central Asia. 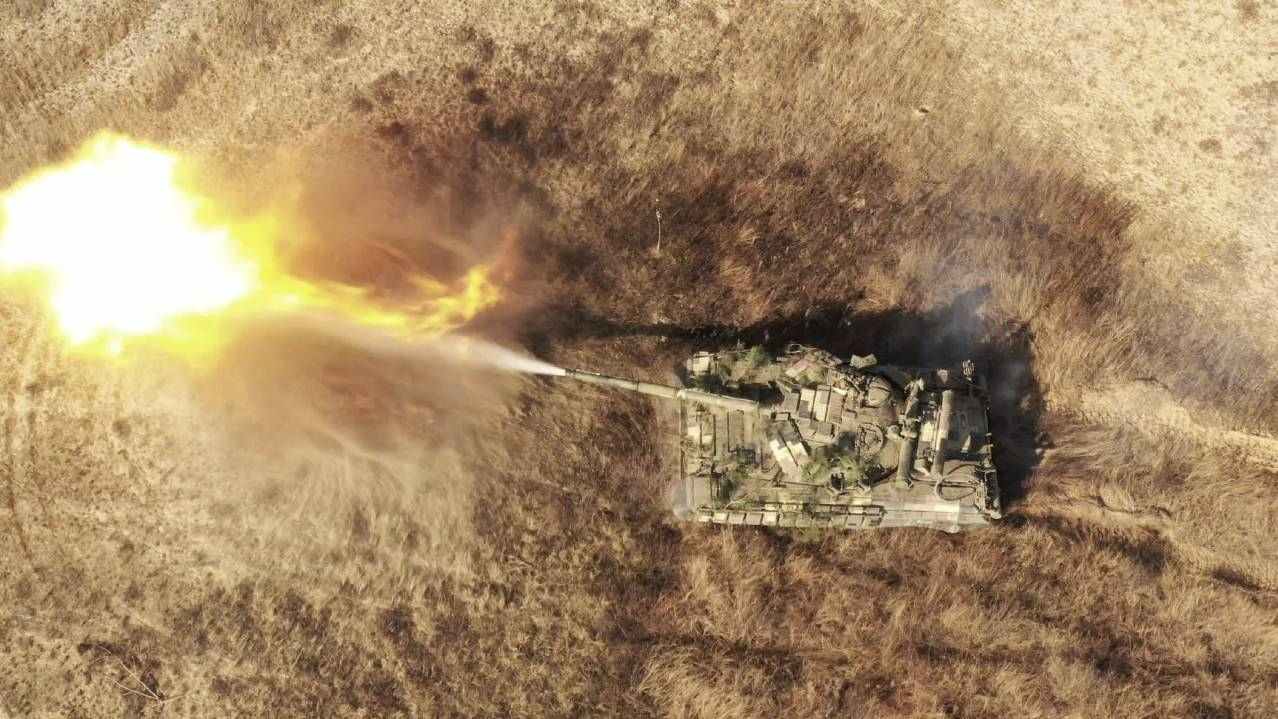 A war scare in Ukraine is a pivotal moment for the West. It tests transatlantic resolve, unity, and the very foundations of NATO. Failure to prevent potential Russian military advances or an unwillingness to respond if such a move occurs will likely cause an accentuation of internal divisions within NATO and the European Union (EU.)

Equally important, the reluctance and hesitation will impact those aspiring to become members of Western organizations or see the West as a balancing foreign policy tool against Russian influence. The escalation around Ukraine is anxiously watched by the wider Black Sea region and the South Caucasus states which feel most vulnerable to Russia’s influence. Failure to avert a Russian offensive and most importantly connivance in its effort to browbeat Ukraine will have a profound impact on pro-Western Georgia and Moldova, and will have wider ramifications for the broader Caspian and Central Asia regions.

An aggravating factor is that the public debate on the implications of the Ukraine-Russia standoff is largely muted. For instance, few Georgian politicians (if any) openly ponder what might happen in Ukraine. The reasons vary. The insularity of Georgian politics is certainly one driver. Another is the likely geopolitical motive of avoiding involvement in a struggle where Georgia thinks it might derive little benefit. Yet, perhaps the biggest motivator is the fear of Russian reprisal.

Moldova is also in a difficult position, and has to navigate carefully so as not to cause Russian anger (it’s just a month since the Kremlin effectively threatened to shut off its gas supplies). Armenia and Azerbaijan are more preoccupied with solving their border and transport corridor issues. Each needs help amid ongoing trilateral railway-revival negotiations headed by Russia and is keenly aware of the West’s remoteness and uninterest, something best exemplified by the second Nagorno-Karabakh war last year.

Further east in Central Asia, the region is geographically far from the Russia-Ukraine conundrum. And here too, the threat of a hostile Russian response far outweighs any benefit from words of solidarity toward Ukraine. Best to wait and see. Kazakhstan is especially vulnerable to Russian pressure and is regularly the target of nationalistic statements by Russian politicians on the so-called shallowness of Kazakh statehood (an echo of the Kremlin’s questioning of Ukraine’s right to exist.)

But even as they remain silent, Russia’s neighbors know what this may portend for their futures. The Ukraine crisis is part of a bigger reassertion of influence which approximately covers the area of the former Soviet empire. The Kremlin’s threats and ultimately possible military action foretell the fate of any neighbor deviating from its geopolitical agenda.

The invasion of Georgia in 2008, the instigation of a separatist war and invasion of Eastern Ukraine, and the annexation of Crimea in 2014, shook the foundations of the liberal world order. Back then, Russia risked and feared being isolated. Presently, however, the global shifts in power provide much more promising mood music for the Kremlin. Where previously Russia pressured neighbors to say no to Western aspirations, now Russia offers peace only in return for treaty guarantees from the Western powers.

Russia is also aware (as the US must be too) that the war scare around Ukraine could possibly be used as a distraction by China to ramp up pressure around Taiwan, or perhaps even to attempt something bigger. China’s challenge is critical for the US and focusing on it makes sense, but ignoring Russia’s behavior could store up serious future trouble. Increasingly the US faces a two-front dilemma – not necessarily on a military level, but rather intermittent pressure for both authoritarian states which does not evolve into an open conflict, but could stretch American policymakers and eventually result in a gradual dilution of America’s resolve, leading to a willingness to settle on bad terms.

A more optimistic picture can also be drawn. Russia’s potential move deep into Ukraine could produce not only positive sentiment in the West toward the victim, but also influence long-term policy toward the wider Black Sea region. Recent years have seen a stalling of EU/NATO expansion plans. Moreover, enlargement fatigue with Georgia, Ukraine, and Moldova was also evident.

The West needs a win. This would raise the battered morale of its own policymakers and allow a more robust Western engagement with the arc of instability along Russian borders. Instability is what Russia feeds on. A stable neighborhood, therefore, disarms Russia’s tools of influence.

This will be especially opportune for Moldova and Georgia, where ambivalence toward the West’s willingness to engage has never dissipated. Renewed engagement will strengthen these states’ efforts to build solid liberal democracies and beat back a growing array of illiberal and openly anti-liberal forces.

In the longer run, and strangely enough, Russia’s Damoclean threat strengthens its neighbors. True they are fragile and vulnerable, but the constant menace re-invigorates the national energies of Ukraine and other nations. Modern Ukraine is very different — more confident and less deferential — to its pre-2014 predecessor. So are Central Asian and South Caucasus states. The threat can also reanimate the Western resolve.

In many ways, this is a pivotal moment for the transatlantic community and presents an opportunity to silence NATO’s critics with insurmountable evidence of the need to keep and strengthen the institution.