The Kosova offensive A groundbreaking report just released in Prishtina provides important details on how Moscow seeks to transform Kosova into a failed state. It demonstrates that the attempted coup in Montenegro in October 2016, reportedly engineered by Russia’s intelligence services, is part of a broader Balkan offensive to divide societies, corrupt political leaders, unseat governments, foster […] 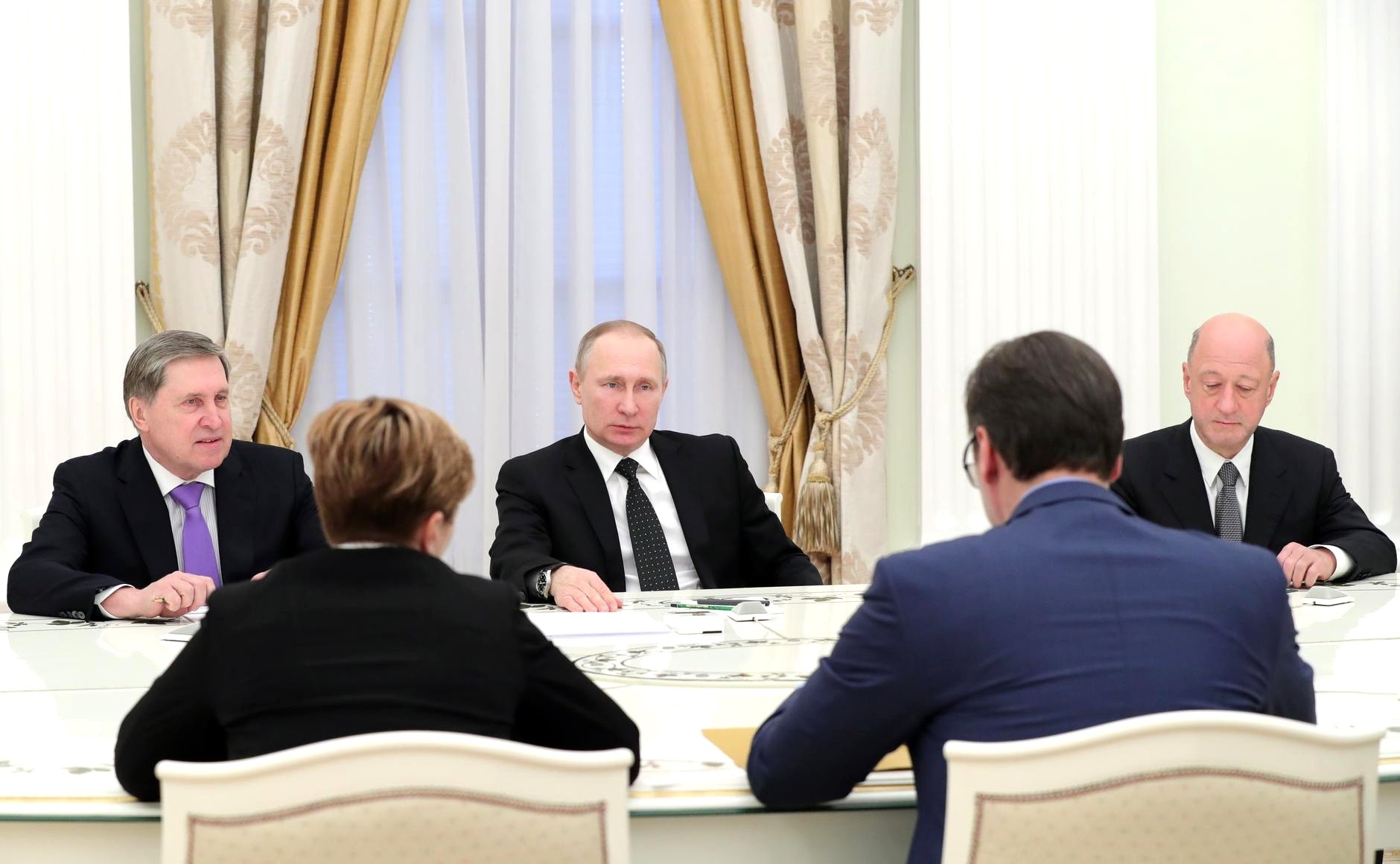 A groundbreaking report just released in Prishtina provides important details on how Moscow seeks to transform Kosova into a failed state. It demonstrates that the attempted coup in Montenegro in October 2016, reportedly engineered by Russia’s intelligence services, is part of a broader Balkan offensive to divide societies, corrupt political leaders, unseat governments, foster inter-state conflicts, and reduce Western influences.

The report, issued by the Kosovar Center for Security Studies (KCSS) and authored by Pëllumb Kallaba, tackles two fundamental questions, as specified in its title: “Russian Interference in Kosovo: How and Why?”

The why question is essential to comprehend and dispel the conventional wisdom that Moscow only seeks to be a “spoiler” for the West and has no long-term strategic objectives in the Balkans. In reality, Kremlin leaders view the region as the West’s “soft underbelly” where the process of EU and NATO enlargement can be stopped and Russian influences magnified. In this equation, Kosova is a key target because the United States and its allies have invested so much political capital to consolidate a new state after the massacres perpetrated by Slobodan Milošević’s Belgrade.

The report details the tools of influence and subversion that Moscow uses to undermine Kosova, both from inside and outside the country. Above all, it seeks to delegitimize the country’s independence, by for instance comparing Kosova to Crimea, which allegedly returned to its “Russian motherland.” Likewise, Kosova needs to return to its “Serbian home.” On the diplomatic front, Moscow obstructs Kosova’s integration into the United Nations and other international organizations and poses as Serbia’s main defender.

Although it does not recognize Kosova’s independence, Russia is represented in Prishtina through its Liaison Diplomatic Office – a branch of the Russian Embassy in Belgrade. This provides Moscow with diplomatic cover to penetrate the country with spies and provocateurs. According to the report, more than 1,000 Russian citizens visit Kosova every year, as holders of Russian diplomatic and service passports under the Special Category exempted from visa requirements. It is unknown how long they remain in the country while engaging in Kremlin-sponsored activities.

Simultaneously, the Russian-Serbian Humanitarian Center based close to Kosova in the Serbian town of Nis, is viewed in Prishtina as a long-term security threat. The Center is an outpost for Russian military and intelligence activities in the region and a potential headquarters for active subversion.

Russian media outlets, including Sputnik and Russia Today, conduct propaganda barrages and incessantly depict Kosova as a regional threat. Their attacks are repeated by the Serbian media and target the Serbian community living mostly in northern Kosova to prevent them from integrating into the new state. In addition, Moscow-directed media in Western Europe presents Kosova as riddled with organized crime and ISIS terrorists, allegedly as a consequence of NATO intervention.

Moscow endeavors to stimulate Serbian separatism through several channels. Ties have developed between Putin’s United Russia and Srpska Lista, the largest Serbian party, which has three ministers in the new Kosova government. The planned creation of the Association of Serbian Municipalities inside Kosova, according to the Brussels agreement between Prishtina and Belgrade, could present new opportunities for Moscow to push for a Serbian entity similar to the Republika Srpska in Bosnia-Herzegovina.

The Russian presence in Kosova is also enhanced through links between the Russian and Serbian Orthodox Churches, the report argues. Both are bastions of ultra-conservatism and anti-Westernism. As Kallaba asserts, the Kremlin channels funds to front organizations such as humanitarian groups and friendship societies that promote Russia’s interests as well as the Serbian Orthodox Church, which refuses to be financially audited by Prishtina.

Moscow pursues economic inroads through energy contracts with Serbia that also involve Serb minority leaders in Kosova. The Kremlin is intent on expanding Russia’s energy network to Kosova, Albania, Macedonia, and southern Serbia, and seeks access to Kosova’s gas market. Moscow intends to raise the dependence of Serb-populated states on the Russian economy and will also test the thesis that Albanian and Kosovar politicians are not corruptible by Russian money.

The Prishtina report also issues several warnings. Kosovo’s central institutions are not properly equipped to prevent Russian economic and political penetration. The government has no consistent strategy to address its diplomatic relations with Moscow. At the same time, the EU is not ensuring equal treatment for Kosova with the rest of the Western Balkan countries when it comes to joint foreign policy statements and positions toward Russia.

One of the key KCSS recommendations is for Kosova to pursue institutional cooperation with Baltic, Scandinavian, and other countries to share experiences with Russian subversion and disinformation. This should include Latvia’s Strategic Communications Center of Excellence and Estonia’s Cyber Center of Excellence. Indeed, Kosova itself is now accumulating evidence and experience of Moscow’s attacks on statehood, democracy, and Western institutions that it can share with other vulnerable states.