Novo argues convincingly, “it is worth giving Cyprus a more comprehensive look.” 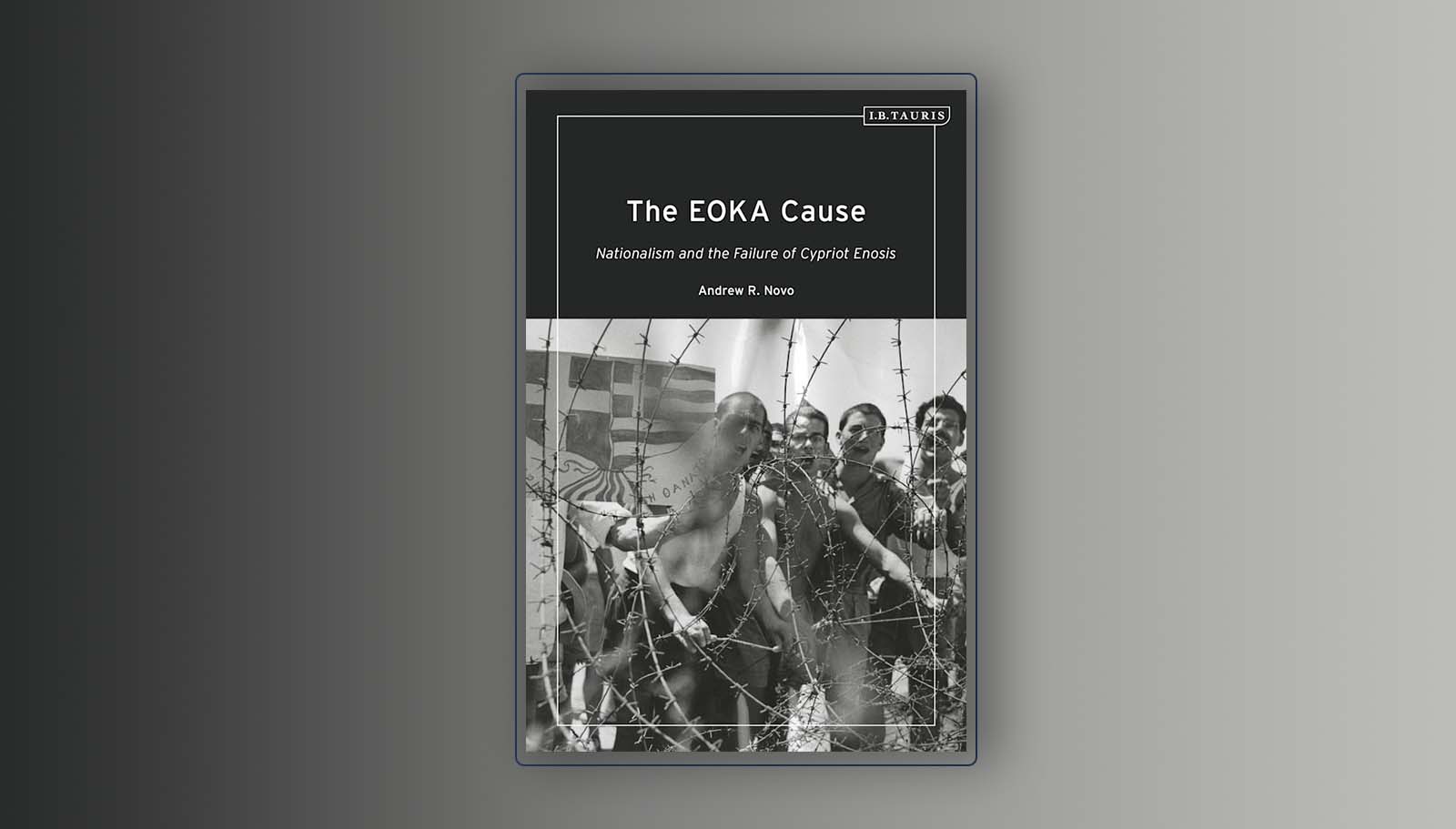 “The EOKA Cause and the Wrinkles of History” by Andrew Novo

In “The EOKA Cause” (2020, Bloomsbury), CEPA fellow and historian Andrew Novo asks why the eponymous cause failed to achieve Cypriot unification with Greece (enosis) in the anti-colonial fervor of the mid-20th century. Meticulously researched, the book draws important lessons from 20th-century Cyprus for 21st-century conflicts.

As much political history as psychological study, “The EOKA Cause” paints a dramatic portrait of the leaders navigating this turbulent period. It thereby highlights the danger of simplistic, macro-level explanations for intercommunal violence in a postcolonial world. In place of easy narratives about right and left, colonized and colonists, or even Turks and Greeks, Novo uncovers an idiosyncratic reality that resists such easy categories.

The book achieves an almost novelistic narrative quality. In perhaps its most theatrical moment, British Governor John Harding writes triumphantly to his son after finally resolving to deport the pro-enosis Archbishop Makarios III. “Now,” Harding wrote, “I can give the restoration of law and order . . .  priority — so in that result my task will be simplified.” Yet, as Novo notes, the governor’s confidence was mistaken — by removing the archbishop, he had unknowingly given control of the enosis cause to the more militant Georgios Grivas. What ensued was not restored order but “the escalation of violence.”

The island’s troubles, in Novo’s telling, stem from its past but turn largely on machinations among a host of strong-willed leaders — men like Harding, Makarios, and Grivas. In his sustained analysis of their flaws, strengths, and complex relations, he gestures to many moments when the island’s history could have been different.

History itself emerges as one of the book’s most interesting figures. At turns the source of confidence and consternation, it occupies policymakers as much as it deceives them. As Novo puts it in describing Greek Cypriot nationalism, a focus on history animated their struggle — but simultaneously “precluded substantive compromise” and “would impose strategic limitations.” Britain’s governors, similarly, may have gleaned key lessons from Kenya and Malaya, but they lost sight of Cyprus itself. Turkish policymakers were too focused on historical ethnic relations to stomach any reality in which Greeks might govern Turks. Leaders from each group, therefore, stood firm in their prior beliefs while the island seized up with violence.

This historical ambiguity is one of the book’s best lessons. Novo helpfully opens with a record-setting account of the Cypriot past, but he is careful to note the vagaries and conflicting interpretations involved. If the book’s subjects too often get stuck in their history to apply it, “The EOKA Cause” offers itself as a corrective. This quality makes the book enlightening reading for foreign policy thinkers in a moment when emerging conflicts confound 20th-century orthodoxies. As Novo argues convincingly, “it is worth giving Cyprus a more comprehensive look.”