Brave protestors in Russia and Belarus need leadership and support 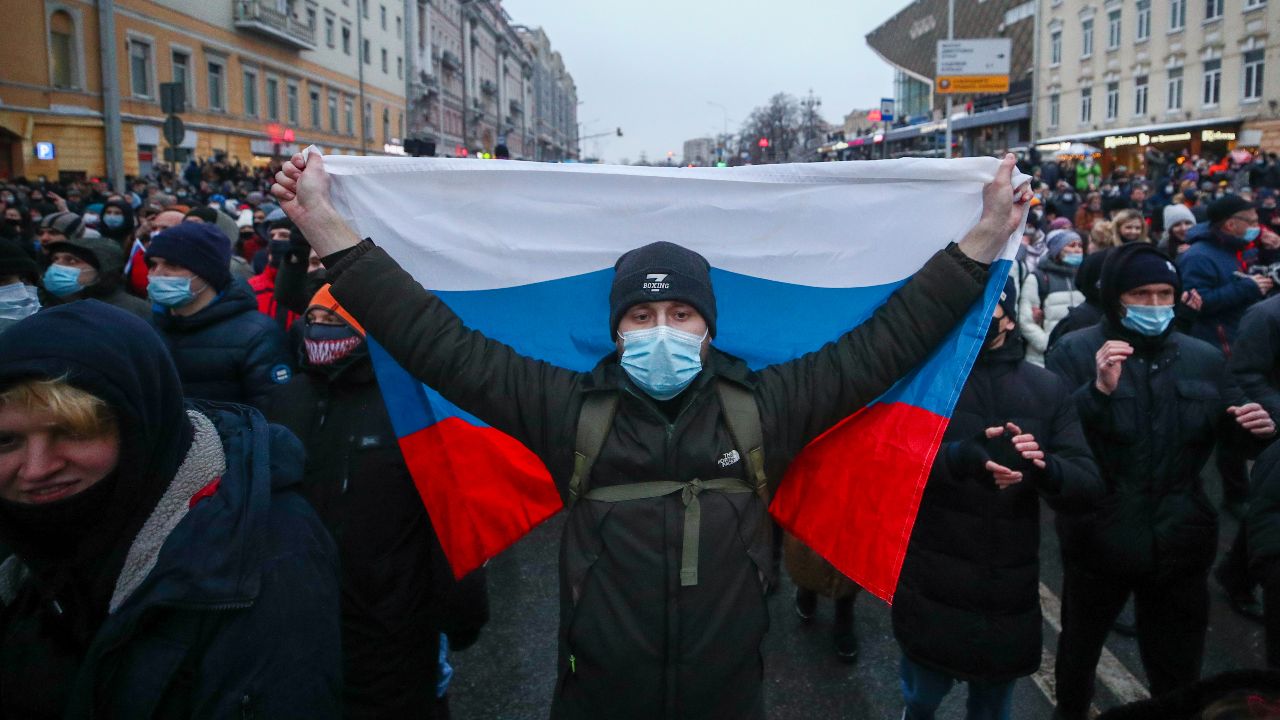 Bravery and idealism are necessary but insufficient conditions for fighting tyranny.

That is the lesson from Moscow and from Minsk. Russia’s leading anti-corruption campaigner Alexei Navalny is in prison along with 3,000 of his supporters who protested on his behalf on Saturday. In Belarus the main opposition leaders are jailed, along with 200 people detained at the protests sparked by rigged elections in August.

True, bravery and idealism inspire and fuel the fight. I remember the flickers of resistance against the Soviet empire in the 1970s and 1980s: fragments of news about dissidents detained or dying on hunger strike, and dismal little demonstrations on windswept street corners in London, Washington DC, and elsewhere. How people laughed at the thought of independence for Estonia, Latvia, Lithuania, or Ukraine. Even improving Václav Havel’s prison conditions counted as a big win.

Success requires other ingredients too, though. A big dose of luck helps: the Kremlin under Mikhail Gorbachev lost the will to kill. The internal contradictions innate in dictatorships can work in freedom’s favor. The Soviet system’s economic failure helped delegitimize it in the eyes even of people like Vladimir Putin.

Most important is strategy. Those trying to topple autocratic regimes, whether from outside, from below, or (even) from inside, need flinty determination. They need to muster resources, set priorities, win allies, make demands, consolidate gains, manage setbacks. Public protests can be a vital part of that strategy. But not a substitute for it.

This is the mistake, I fear, that the opposition in Belarus has made. It has failed to split the regime at the top, or to demoralize the people who implement its orders. The opposition lacks the cohesive structures that were the hallmark of Poland’s Solidarity movement from 1980 onwards. It relies far too much on photo-ops showing its likable exiled leader, Sviatlana Tsikhanouskaya, meeting foreign dignitaries, and on the drumbeat of weekly demonstrations.

This approach can work, if the numbers of these rallies and of participants surge, as in Czechoslovakia in 1989. But it is a gamble. Without such a convulsive national uprising, the protestors are like foot-soldiers in the First World War, marching bravely into the face of the enemy with little chance of success. The regime has plenty of truncheons and prison cells. The protests thus highlight the opposition’s weakness, not its strength. The authorities gain experience and insights in dealing with their adversaries — and pursue their own plans instead.

That is what has happened in Hong Kong, and in Venezuela. Without a big dose of luck or a speedy switch in strategy, that same fate, I fear, awaits Navalny’s supporters too.

A big missing ingredient is the hard, determined political work that builds networks of trust and solidarity between thousands, then tens of thousands, and finally millions of people. Activists learn leadership and discipline. Ideas are debated. Policies develop. Limited victories form the foundations of bigger ones. That, particularly, is what Belarus needs.

In Russia, grassroots activism will help too, but the regime’s weakest point is that its performative anti-Westernism belies its dependence on the rich democracies. Kremlin-linked companies list their shares in London and sell gas to Germany. Their bosses holiday in France and save money in US dollars. Western governments, if they choose, can destroy the Putin regime by freezing and seizing its assets, banning its cronies (and their families) from traveling abroad, and, vitally, deterring the kleptocrats’ concierges: their bankers, lawyers, and accountants.

We in the West can make that happen. If our cowardice and greed mean that we choose not to, then the fate of brave, idealistic people is on our conscience.