On the road to Brussels, Washington should make an appeal to the German people. Germans are pacifists: a well-known fact and the reason for the Bundeswehr’s chronic underfunding. Right? Actually, that apparently self-evident truth is less true than we assume. While Germans are wary of foreign military interventions, they support a strong defense. Donald Trump […] 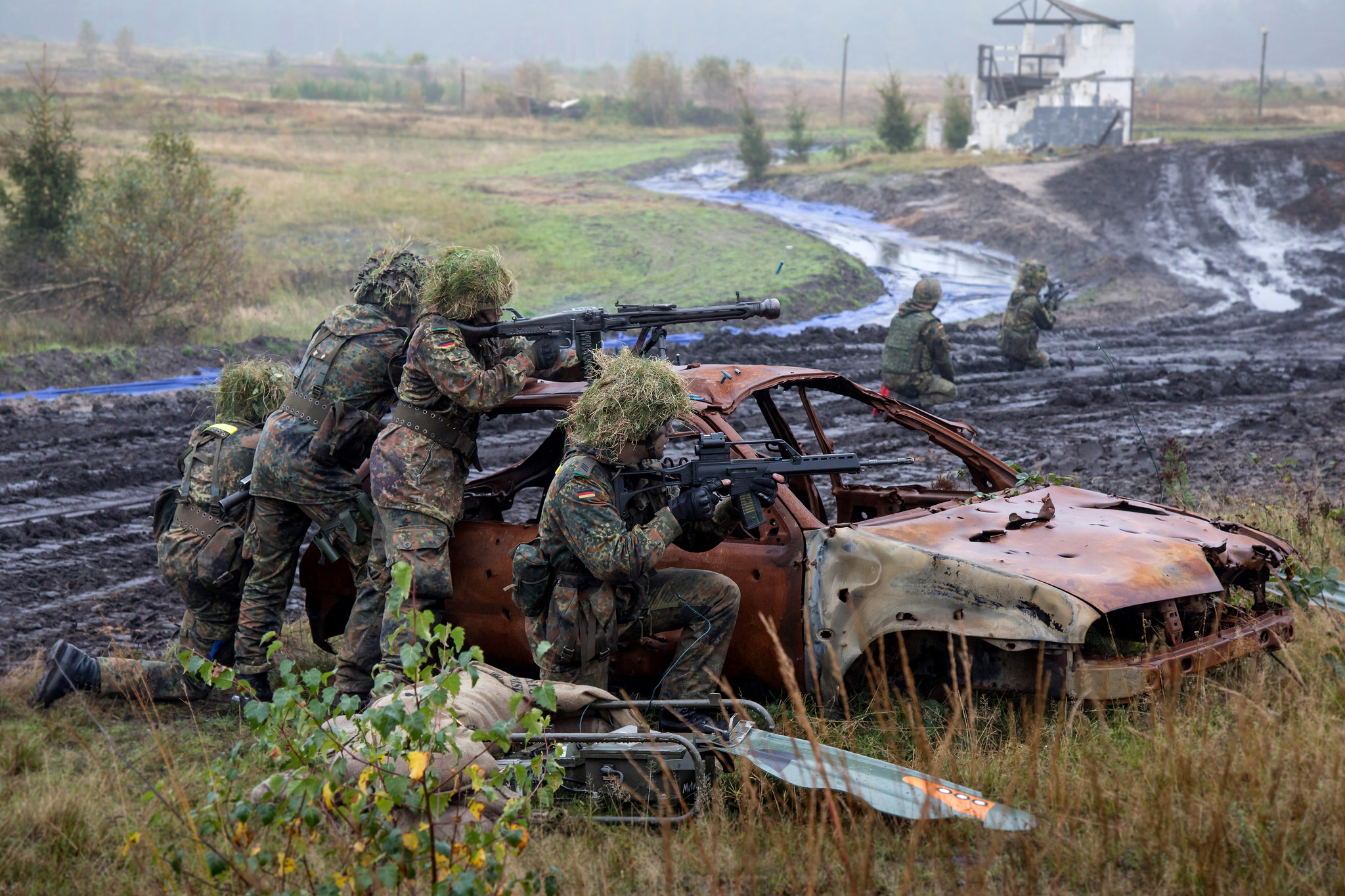 On the road to Brussels, Washington should make an appeal to the German people.

Germans are pacifists: a well-known fact and the reason for the Bundeswehr’s chronic underfunding. Right? Actually, that apparently self-evident truth is less true than we assume. While Germans are wary of foreign military interventions, they support a strong defense. Donald Trump has been pushing Germany to spend more on defense, though he’s unlikely to be successful in the current domestic political climate. But Germany’s own voters could play a crucial role in improving the country’s defense. They are, in fact, an untapped resource for European security.

But national defense is rather different from foreign missions against terrorists – and when it comes to national defense, Germans present a rather different mindset. Every year, the Zentrum für Militärgeschichte und Sozialwissenschaften der Bundeswehr – the Bundeswehr’s academic center for military history and social sciences – conducts a national survey of Germans’ attitudes towards their armed forces. In the most recent survey, from October 2017, no less than 91 percent of respondents want the Bundeswehr to protect Germany against attacks (only five percent say no to such defense). 87 percent want the Bundeswehr to respond to natural disasters, and 72 percent advocate deploying the Bundeswehr if an allied country is attacked. The only Bundeswehr role not supported by a majority is combating local forces in “conflict regions,” that is, permanently unstable parts of the world.

But with the Afghanistan war winding down, such foreign deployments are decreasing; currently only 3,737 Bundeswehr troops are deployed on foreign missions. Afghanistan has the largest share of them, 1,113 soldiers; the only other large mission is MINISMA, the United Nations’ stabilization force in Mali, where 1,022 Bundeswehr soldiers are serving. And according to German media, Defense Minister Ursula von der Leyen is now planning to shift the Bundeswehr’s focus from out-of-area missions to territorial defense. The reason is, of course, that security in Europe is deteriorating. President Donald Trump has repeatedly criticized Germany for spending too little on defense. “NATO is wonderful but it helps Europe more than it helps us, and why are we paying a vast majority of the costs?” he asked during Chancellor Angela Merkel’s visit in April. Last year Germany spent 1.24 percent of GDP on defense.

Such criticism won’t make German legislators eager to spend more on defense – rather the opposite. But it’s no secret that European countries need to do more for the security of the continent, and that Germany has the potential for the largest leap. The government has for years been short-changing defense, despite pleas from its top brass.

It would be difficult for Europe’s largest economy to jump to 2 percent defense spending – but the German government owes it to its allies and to its long-suffering armed forces to upgrade the Bundeswehr. And here’s the crucial part: German voters would support it. According to the Zentrum für Militärgeschichte und Sozialwissenschaften’s survey, 47 percent of Germans support increased military spending, while only nine percent support cutting it. Forty-nine percent want more soldiers; only seven percent are in favor of reducing the Bundeswehr. Given their uneasiness with offensive expeditionary warfare, German voters would clearly not support large new expenditures for such missions. But the expenditures required today are needed for the territorial defense – which the voters clearly do support.

Indeed, foreign allies and German voters form a potentially powerful alliance in support of improving German defense. Imagine the effect of Secretary of Defense Mattis giving a speech to Berliners on, say, the benefits of stronger Bundeswehr for European security. Indeed, a range of U.S. officials trusted by the German public could conduct town hall meetings on European defense around Germany.

Sure, speaking to German voters won’t fix the Luftwaffe’s Eurofighters, only four of which are currently deployable. But the voters clearly have an understanding of their armed forces’ needs and responsibilities. Let’s involve them. It will be more effective than reciting spending demands to Chancellor Merkel.

Elisabeth Braw is a Senior Associate Fellow at the European Leadership Network. All opinions are those of the author and do not necessarily represent the position or views of the institutions they represent or the Center for European Policy Analysis.