Citizens of Kyiv are learning a new way of life as Russia blasts their city and their homes. 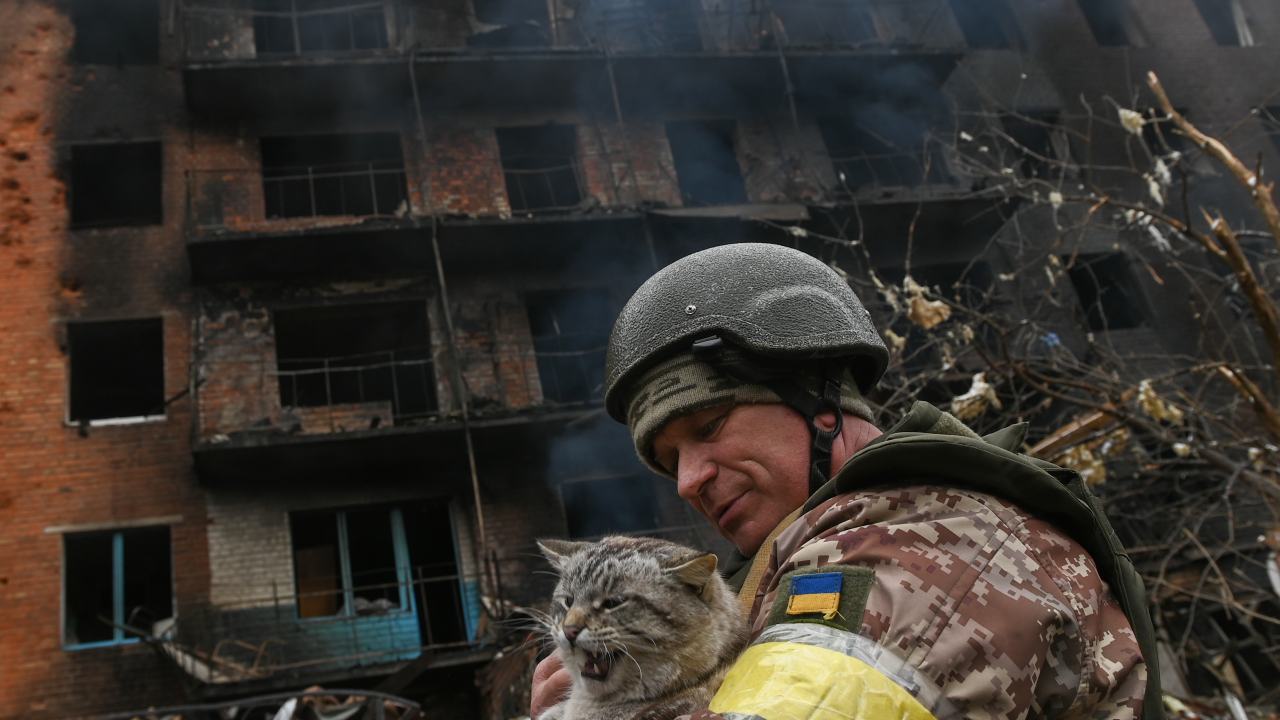 The memory of the first air raid alarm on that morning of February 24 — a day that will live in infamy — will stay with me forever. I responded (as peaceful people do) by rushing to the window to see what was going on, which is exactly the opposite of what one should do during an air raid. Like most inhabitants of Kyiv, I had no instinct for the etiquette of wartime. But I have adapted fast, and it’s not just me. Everyone is on a fast-track learning course on life in a city under bombardment. Seven days in, this is how it has been.

On Saturday, Day 3, Kyiv authorities declared a curfew from 5 pm Saturday to 8 am on Monday morning, a period of 39 hours. As Monday morning approached, residents were told that supermarkets would open, allowing everyone to restock their diminishing supplies. For safety reasons I avoided my usual supermarket and decided on a place where there are several smaller shops, so-called produkti, that might still have some stock. This seemed a reasonable judgment given the queues stretching for hundreds of meters from the bigger supermarkets by the small square; by contrast, a small basement shop belonging to Ukraine’s leading discount chain, ATB, had a much shorter line and moved at a reasonable pace.

My fellow Kyivans were a delight. The line was orderly, calm, and polite. There was absolutely no panic, nobody tried to jump the queue and when people asked each other for information it was willingly shared. By the entrance, an employee made sure the shop didn’t get overcrowded and also that process worked smoothly, and people respected her exact instructions.

Two things were immediately obvious inside the shop. There were plenty of empty shelves, and there were plenty of shelves that were still well-stocked. The only products totally sold out were bread and dairy products, while vegetables and fruits were in short supply. Toilet paper (probably the most hoarded item in some wealthier countries during the pandemic lockdowns), was available, and overall shoppers were incredibly restrained — people didn’t simply grab everything they saw, but were still selective with their real needs in mind.

And oddly perhaps, there was laughter too; “It’s so hard to choose,” they said, reviewing shelves with only one type of product remaining. We don’t think about war unless it comes to our door, but when it does, there are realizations that an earlier and hardier generation might recognize — small jokes lighten a heavy atmosphere, and those around join in the laughter and smiling. Bizarrely, or so it seemed in the circumstances, the checkout accepted my debit card, when I’d imagined we would already have returned to a cash-only society.

Later in the day, I took a short walk around the neighborhood. Not far from my home is a high school, which I pass almost every day when out walking. Now there was a long line of (mostly) men stretching from the doors of the school and half a block down the street. The building is now a recruitment center for the territorial defense forces. As I watched, men arrived and joined the queue that would end who knows where? They looked grave but calm, these volunteers, mostly family men and women.

Still, there is absolutely no doubt that the people of my Kyiv district have high morale and a clear determination to fight until the very end.

In my opinion, and I have held it for a long time, there is no way Russia will win the war. The tragedy is that it might cost many Ukrainian lives to prove this to the Kremlin.