Italy continues to speak to Russia, despite the threats to Ukraine. But if conflict erupts, it is clear where Mario Draghi’s government will stand. 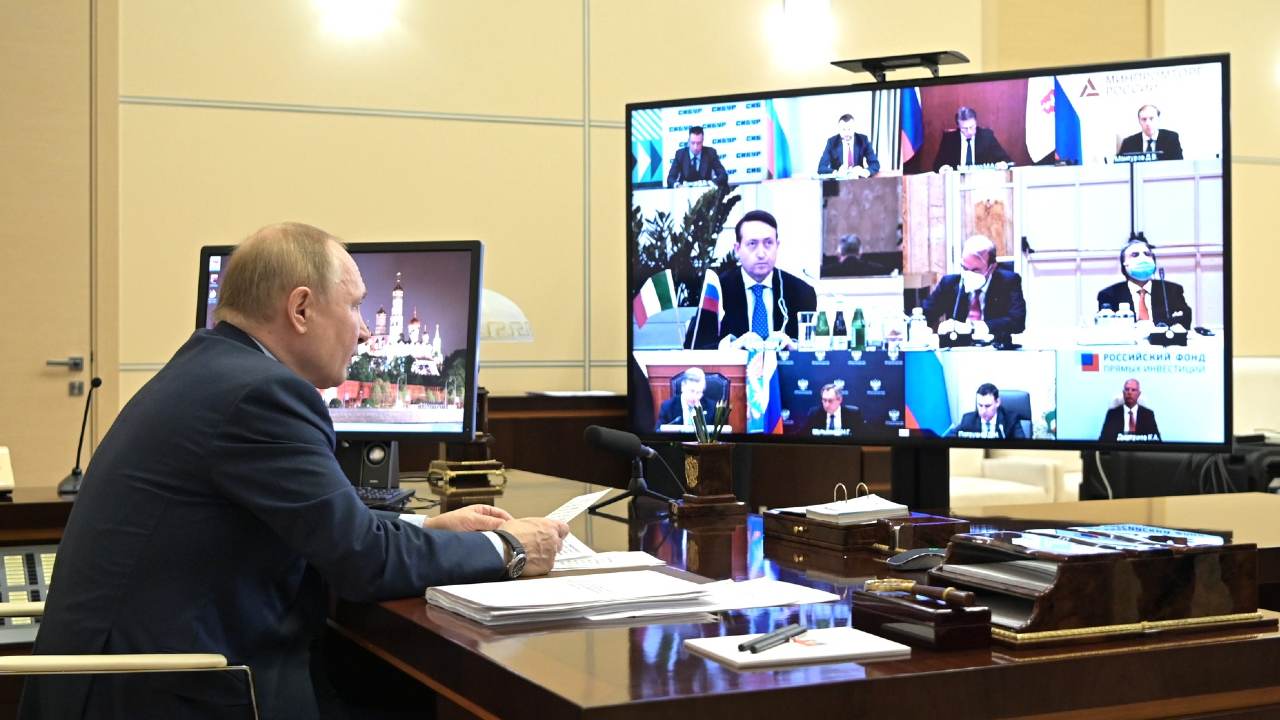 It’s no mystery that despite its staunch Atlanticism — reflected in its ongoing coordination efforts with NATO allies over the Ukrainian crisis — Italy enjoys solid historical and business ties with Russia.

Confirmation came with the January 26 video conference between Italian investors and Russian President Vladimir Putin. That Zoom call elicited widespread expressions of disappointment within NATO circles, as geopolitical tensions between Russia and the West made its timing appear out of tune with alliance calls for unity.

The Italian government, led by Mario Draghi, distanced itself from the event. It also pressured participating CEOs to avoid it. Officials from the Ministry of Foreign Affairs called the meeting a “private initiative” and stated that the Italian ambassador to Russia would not attend.

Notably, in the hours before the Zoom call, the strongest signal came from a Repubblica interview with Defence Minister Lorenzo Guerini, who offered assurances that “Italy would do its part” in the Ukrainian crisis, alongside the rest of NATO.

Guerini underscored that the Italian parliament had already approved participation in the alliance decision to strengthen deterrence on the eastern flank. He added that Italy would make further contributions further if additional measures were agreed upon.

Italy’s government has been working hard to signal its solidly Western credentials this month, after indications that some in the US are troubled by a seeming silence on Russian threats to Ukraine. Government figures led by Draghi, a former President of the European Central Bank (ECB), spoke to President Joe Biden on Monday, and Foreign Minister Luigi Di Maio talked to Secretary of State Antony Blinken last week.

On that occasion, Di Maio offered a glimpse of Italy’s double-track approach: deterrence and dialogue with Russia. In short, Italy believes keeping an open channel isn’t detrimental to the alliance’s posture on Ukraine, but instead presents an opportunity to aid a diplomatic solution.

That approach has been underlined by Draghi himself, who spoke to Putin once a month (on average) throughout most of last year, on a range of issues like Afghanistan. Putin remarked in his end-of-year speech that Italy “could have a key role” in normalizing Russia-EU and Russia-NATO relations.

Draghi’s few declarations on the eastern tensions exhibit an almost German level of moderation. In his mid-December speech to parliament, he spoke of supporting Ukraine’s territorial integrity and of diplomacy being “the only way” to solve conflicts. More recently, after a call with all major Western leaders, his communiqué reiterated as much, and added a vague reference to the “serious consequences that a further deterioration of the situation could entail.”

But actions speak, too. The Italian armed forces have joined all the main NATO operations between the Baltic and the Mediterranean Sea. Italy currently commands the Task Force Air Black Storm air policing mission in Romania, near Ukraine’s border, and is taking part in operations Neptune Strike and Baltic Guardian on NATO’s southern and north-eastern front, respectively.

While it’s true that Italy (like most of Europe) is vulnerable to Russia’s leveraging of natural gas as a geopolitical weapon (Italy buys about half its natural gas from Russia) and the commercial interchange between the two has been growing over the last year, that is not enough to loosen Italy’s Atlanticist anchor. (Notably, Italy’s largest bank, Unicredit, announced on January 28 that it was abandoning a possible bid for the Russian lender, Otkritie, because of the tensions over Ukraine.)

Given its military deployments, official declarations and diplomatic efforts are anything to go by, the meeting of Italian business people with Putin does not signal any change in Italy’s foreign policy positioning.