The Coronavirus Sparks Infatuation With China and Disillusionment With the U.S.

China is near, as never before. A new SWG opinion poll reveals that among the countries considered “friends” by Italian public opinion, China stands out with 52%, fully 40% up on 2018, followed by Russia at 32% (up 17%). The United States is cited by only one in six — 17%, down by 12%. Another question, on Italy’s future orientation, prompted 36% of the respondents to choose China, while only 30% opted for the U.S.

The many cargo planes full of coronavirus aid shuttling from Beijing to Rome and the accompanying propaganda campaign by the Chinese authorities have a visible, unequivocal, and unprecedented effect, even though the aid promised and sent from Italy’s western allies is in fact far greater.

This radical reversal of perception cannot be explained by a few tons or headlines. The Chinese campaign builds on ground prepared in advance. In March 2019, Italy became the first G7 country to sign a memorandum to join Xi Jinping’s new Silk Road Initiative. The agreement covers not only physical and technological infrastructures such as ports, but also investments and financial cooperation, and a political partnership with Beijing including the exchange of information.

Xi’s state visit to Rome also inaugurated a collaboration between some of the most important Italian media with their Chinese government counterparts, such as the state news agency Xinhua, the China Economic Daily, and the China Media Group (CMG). This allows pro-Chinese narratives to penetrate the Italian information system, even on public TV. Research carried out by Formiche using video material provided by the company DataStampa shows how the main public broadcaster RAI gave Chinese aid arriving in March triple the coverage of that supplied by the U.S. The impact was also amplified by bots on Twitter and by pro-China politicians.

Even one of the most convinced Atlanticists in the Five Star Movement (part of the governing coalition), Luca Frusone, who is the deputy of the Five Star Movement in the Italian parliament’s defense commission and president of the Italian delegation to the NATO Parliamentary Assembly, says that the U.S “is no longer the hegemonic power of the past.”

Public opinion, says Italy’s Europe Affairs minister, Vincenzo Amendola of the Democratic Party, is increasingly sympathetic to the idea that authoritarian capitalism copes better with crises. “This for Europe, our community of destiny with its democratic and liberal values, is a great risk. Because in the new multilateralism it is necessary to maintain our traditional European and Atlantic positioning. So as not to become marginal in the post-COVID-19 world.”

Others are blunter. Geopolitics will undergo enormous changes in the coming months, says Il Fatto Quotidiano newspaper, and China “will win the third World War without firing a shot.”

Italy’s infatuation with Beijing has drawn attention on Capitol Hill and in the White House. The American government has gone from words to deeds. President Donald Trump pledged $100 million on March 30. USAID has allocated $50 million, and another $50 million to be distributed by the private sector. Together with other U.S. donations, this is far more than the combined aid provided by Russia and China. The U.S. ambassador to Italy, Lewis Eisenberg, said in a television interview that the intervention was greater than any since the time of the Marshall Plan. “We will continue with this friendship, built forever on democracy and the freedom of individuals,” Eisenberg said. Aid from China and Russia is welcome too, he said, “if it comes with transparent goodwill and for no other reason.”

Professor Edoardo Novelli, a sociologist at the University of Roma Tre says mistrust towards the U.S. is the offspring of “America First” politics. The administration’s “withdrawal from the international chessboard” he says, does not help Italians “perceive the U.S. proximity.” To counterbalance Chinese success, he says, the U.S. should listen to European allies and “abandon the rhetoric of self-sufficiency.”

To repair the damage, says David Unger, a former New York Times writer who is now a professor at Johns Hopkins University, President Trump should understand that Italy was the pandemic’s first and hardest-hit victim. Given Italy’s long struggle against Brussels-imposed austerity,  he argues, “the White House should extend its help to Rome in negotiations with the EU.”

Photo: By Emma Fabbri on Unsplash. 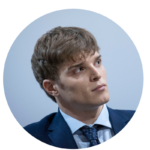