In Search of Victory

The threats from Russia and China are different but overlap. 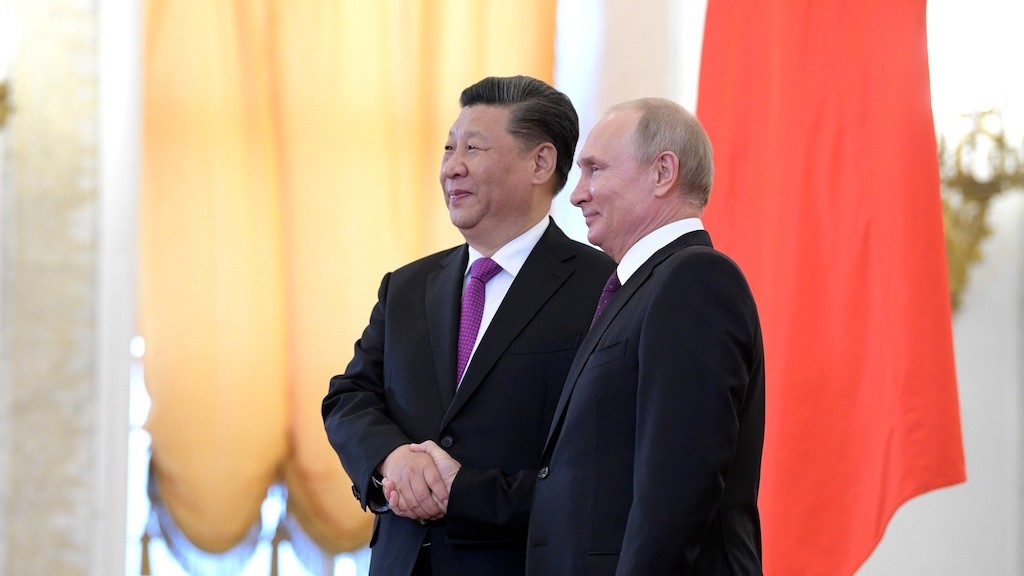 The threats from Russia and China are different but overlap.

I have spent most of my life countering the Kremlin but now spend my time chiefly on China. Which is worse?

On the surface, the answer is easy. For Russia’s neighbors, it is a big threat. The Baltic states, central Europe, and countries like Moldova, Georgia, or Ukraine worry constantly. Russia can and does invade them, cut off their natural gas supplies and subvert their politics.

For other countries, the threat is China. It is far more totalitarian — even Vladimir Putin doesn’t put a million people in mind-control camps — and ten times bigger than Russia. The Chinese Communist Party has explicit ambitions for global domination and pursues them credibly, with rapid economic growth, burgeoning soft power, and effective political leadership. Those ambitions would sound absurd coming from the Kremlin, which runs a stagnant, Italy-sized economy — and does so badly.

But the more that China consumes Western decision-maker’s attention, the less time they have to counter the Kremlin. Resources are finite too. If the United States pulls the US Marine Corps out of Norway because it is needed in the Pacific, all northern Europe feels the pinch. Nobody is safe against Russia if the West fails to deal with China.

The problem here is that we do not know what victory looks like in the struggle against the Chinese Communist Party. With Russia, I can see many outcomes that are plausible in my lifetime (I am 59). Maybe it breaks up. Maybe it turns inward. Maybe it becomes too poor to pose a threat. Maybe (just) it becomes democratic. Most outcomes are tragic, one is pleasant. But it is increasingly unlikely that Putin will succeed in restoring Soviet-style hegemony in eastern Europe, or in busting NATO or the EU in the process. The combination of higher military spending, greater resilience, closer security cooperation, and better threat awareness means that we are well on the way to safety.

I stress: we are not there yet. Ukraine has paid a horrible price for the West’s education in geopolitics. More bills will be paid in the future. But I can see what victory looks like and how we can reach it.

Such clarity on China is absent. My heart yearns for a Soviet-style collapse, involving the toppling of the Chinese Communist Party and independence for Tibet and East Turkestan (which is called Xinjiang, or New Frontier, in Chinese). But Xi Jinping’s leadership bears no comparison with the Soviet Union in its dotage. And regime change in China typically involves tens of millions of dead. Would we avoid that? And how would we make it happen? We squeezed the Soviet Union by hiking defense spending and crashing the oil price. Forcing China into bankruptcy seems impossible.

It is easier to see China being nudged back onto the path of reform and co-existence. That prevailed in the years before 2012 when it was possible to argue that economic liberalization would eventually bring political dividends too. The Chinese Communist Party would gradually permit more political competition. The media would gain more freedom and civil society would develop.

But even then China was a hellhole, lying about its history, repressing its minorities, destroying the environment. Do we really want this huge country to concentrate on getting richer quicker? At least Xi’s policies are wasteful and counterproductive.

Maybe NATO-style containment is the answer. But we don’t have NATO-style allies. Are we aiming for Article 5 alliances with communist Vietnam? With fractious Indonesia? With the Philippines?

The bleak truth is that China (for all its problems) is rising, while we are floundering. Defeat is visible, while victory is not. That’s bad.

Photo: In the Kremlin, Vladimir Putin held talks with President of the People’s Republic of China Xi Jinping, who arrived in Russia on a state visit. Credit: Kremlin.ru