Give Us the Tools — War Aims in Ukraine

The West is beginning to think about a long war in Ukraine, but for most allies, the end game is still far from clear. 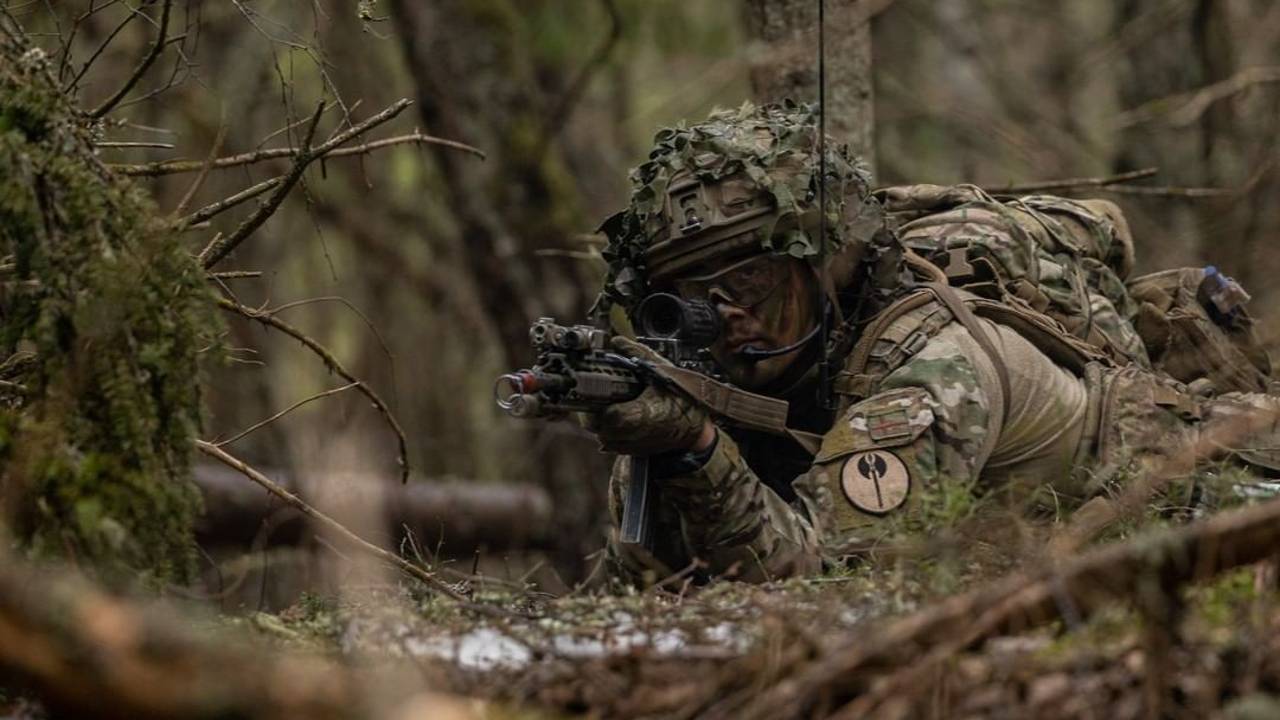 Photo: UK MOD Welsh Warriors recently got to grips with the harsh environment of the Tapa Central Training Area in #Estonia, to establish their role as lead for NATO’s enhanced Forward Presence. Credit: British Army via Instagram.

Since then, there’s been a lot of talk about supporting Ukrainian freedom and independence, but without much detail. Last month, however, US Secretary of Defense Lloyd Austin went further: “We want to see Russia weakened to the degree that it can’t do the kinds of things that it has done in invading Ukraine.” Soon afterward, on April 28, British Foreign Secretary Liz Truss went further, saying the aim was to “push Russia out of the whole of Ukraine.”

But how can this be achieved and how can it be maintained thereafter?

The first measure is of course to stop Russia from doing what it’s doing right now. Destroying the Russian armed forces inside Ukraine and the liberation of its territory should be the highest priority. The military support to Ukraine in combination with the Ukrainian Armed Forces’ (UAF) brilliance on the battlefield makes achieving this first objective likely over the next 12 months, if not sooner (remember that Russia did not simply withdraw from the Kyiv region, it was forced to retreat.)

Second, action is needed to prevent the Kremlin from sending reinforcements of men and equipment into the country. To achieve this Ukraine has to attack targets inside Russia that are needed for reinforcements, such as arms industries, railroads, and fuel and ammunition depots. This has been happening — multiple attacks have been recorded although not acknowledged by the UAF — and seems to be accelerating.

Further, Ukraine needs to strike at Russian forces forming up within its borders, as well as it’s capacity to generate new forces to prevent future campaigns against Ukraine. This could occur either by direct ground action after crossing the Russian border (UAF forces northeast of Kharkiv were reported May 11 to have fought their way to the frontier near Ternova) or through the use of combat aircraft or long-range artillery and missiles, which may prove less costly in terms of possible casualties.

In the longer-term, Western sanctions against Russia can be expected to have a very serious effect — Russia’s own estimates show GDP may slump by more than 12% this year which would be the biggest fall in almost 30 years. In the meantime, Ukraine can also target Russia’s oil and gas industry to stop it from selling oil and gas to countries that are not participating in the sanctions regime. Ultimately, the aim would be to demotivate its population from continuing the invasion by creating severe economic conditions for ordinary people and ensuring the state struggles to pay for soldiers and arms.

It is true that nothing can remove Russia’s final high-value card, its huge stockpile of nuclear weapons. But the endless saber-rattling by Putin and his cronies was no reason to hold back from helping Ukraine at the start of the conflict and it’s no reason now. Buckling to nuclear blackmail would, after all, give Russia the freedom to do whatever it wanted worldwide. Other dictatorships would understand the message and adopt similar tactics.

Russia’s attack on Ukraine has been a horrendous experience for a smaller neighbor and the cost has been extraordinary. But now that it has happened, the world has an opportunity to rid itself of Kremlin aggression for at least a generation. The payoff would be a Europe (mostly) whole and free, as President George H.W. Bush said in 1989. The continent would be a much safer place and Russia might ultimately return to the fold once its warmongers have been deposed.

For now, there is an urgent need to demilitarize Russia and that means more arms for Ukraine. The starting point of the Western response — armaments to resist aggression — remains key. Ukraine has proven itself more than capable of using the weapons provided, as Putin’s shattered tank armies and at least 20,000 dead troops attest. Yet we must be clear that while the future course of European history begins with a plentiful supply of weapons, this should be a thought-out process to serve the war aims of Ukraine and the West. That will require the provision of include more advanced armaments systems to match the recent US and UK statements.

Many will object to sending weapons that can be used for attacks deep into Russia, but this is a highly fluid crisis — three months ago, very few countries were supplying arms and economic assistance. Now, most of the Western allies are doing just that. Is it really beyond the range of possibility that in a few months, Ukraine will receive long-range cruise missiles and heavy UAVs?

Anders Östlund, a native Swede, has lived in Kyiv, Ukraine, since 2009. He was active on EuroMaidan and he has followed geopolitical developments in Eastern Europe ever since.