Germany Reaches a Crossroads as Merkel Bows Out 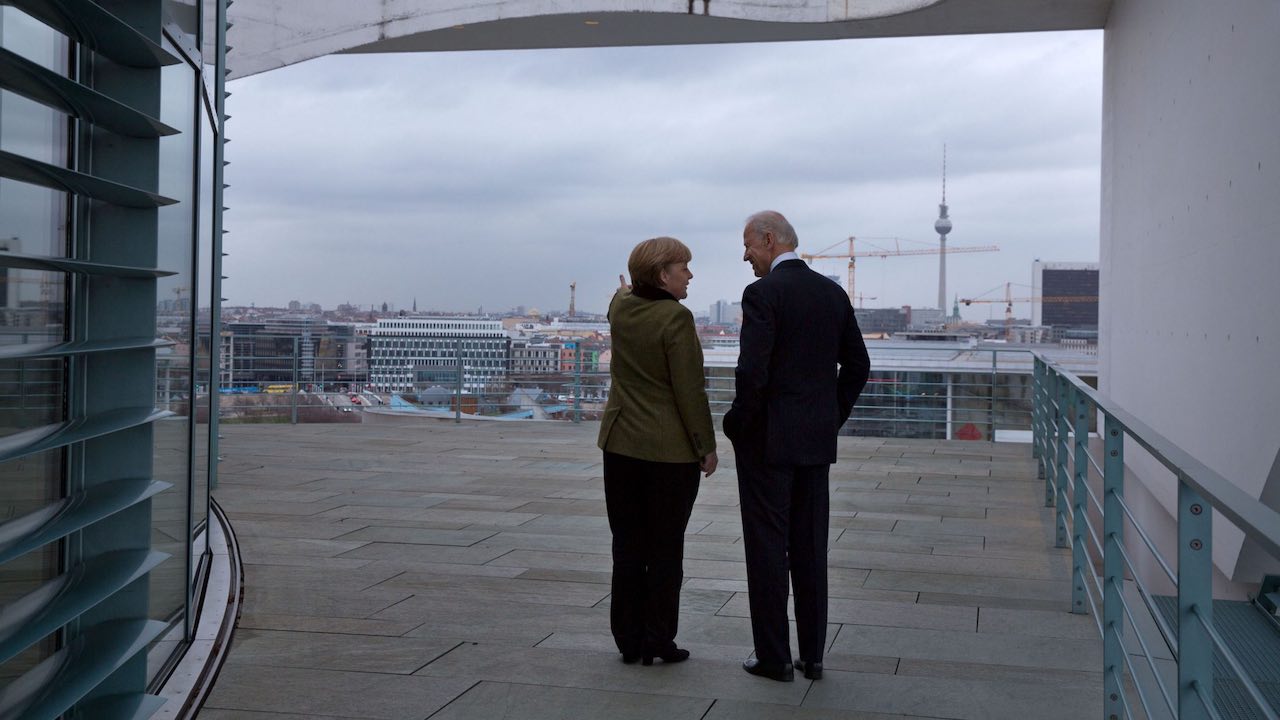 Last week, Angela Merkel came to Washington for what is likely her final visit to the White House as Chancellor of Germany. This was a historic, valedictory moment by any measure. After all, Chancellor Merkel is modern Germany’s longest-serving head of government, other than Helmut Kohl, not to mention the first woman, the first east German, and the first Ph.D. scientist to hold the position.

Merkel oversaw a particularly tumultuous period in U.S.-German relations. When she was first elected to office in 2005, the Iraq War and its fallout were only the most notable and most animating of the disagreements between the U.S. and Germany. There followed the 2008 financial crisis, when Merkel’s austerity agenda drove the response for the entire continent. Six years later, Russia illegally annexed Crimea and invaded eastern Ukraine. In response, Merkel prodded the European Union (EU) to implement strong sanctions and pushed to recertify them every six months for years afterward. When the Syrian civil war triggered a migration crisis, Merkel made what was perhaps her most historic decision, allowing at least 1.25 million refugees into the country. The bilateral relationship between the United States and Germany also weathered a wiretapping scandal and the multiple indignities from President Donald Trump towards Chancellor Merkel over the years.

Merkel’s foreign policy legacy is therefore mixed, with a combination of decisions that include the politically brave and geopolitically concerning.

This is perhaps what makes her dogged support for the Nord Stream 2 pipeline so perplexing. The Chancellor has expended a significant amount of political capital to pursue what has been a constant irritant in Germany’s relationship with the United States and Germany’s European neighbors (not least, but not just, Ukraine and Poland.)

In her joint press conference with President Joe Biden, Merkel demonstrated that even seven years after its inception, she has not learned the risks posed by authoritarian infrastructure investments to the Transatlantic community. Standing beside Biden, Merkel proclaimed that: “Nord Stream 2 is an additional infrastructure project and certainly not a project to replace any kind of transit through Ukraine — because anything else would trigger huge tension.”

Given that the Kremlin’s pursuit of Nord Stream 2 from the outset aimed to replace the Ukrainian gas transmission system rather than deliver significant new gas volumes to Germany and points west, this should be merely read as a variation on her longstanding description of the project as “just a commercial deal,” in spite of its longstanding role as a vehicle for Russian malign influence and strategic corruption in the Transatlantic community.

The Chancellor also used the press conference to note the success in getting an extension of the gas transit contract between Russian and Ukraine to 2024. But in reality that resulted from the imposition of bipartisan U.S. sanctions in December 2019 – one week before the then-existing Gazprom-Naftogaz contract was set to expire – that forced the Kremlin to the table, since Nord Stream 2 had not then been completed. If Nord Stream 2 is ultimately finished, it will be incredibly difficult if not impossible for the Chancellor to make good on her assurances of continued gas transit via Ukraine without taking strong sanctions action.

The world today is a very different place than in 2005 when Merkel entered office. She was first elected to lead Germany at the peak of the “War on Terror” in international security. Today’s threats facing Germany, Europe, and their allies are vastly different.

The most significant security trend today is increased competition from authoritarian states. This is evidenced by the drumbeat of Western intelligence agencies – including Germany’s and most recently the head of Britain’s MI5 – issuing warnings about the threat to citizens from Russian and Chinese intelligence services. Germany’s pursuit of Nord Stream 2, along with the Merkel government’s advocacy for the Comprehensive Agreement on Investment (CAI) with China, reflects an outdated view of the world and what is at stake.

This is why the foreign policy debate around Germany’s election this September will be so critical. Germany remains the largest country and biggest economy in the EU. It has an incredibly important role to play in the world and has as much at stake as any other country. Hopefully, the Nord Stream 2 issue can at least spark debate among the various candidates to replace Merkel about what role they see for Germany in the world and how to meaningfully advance that vision. It’s too important to sit out.