Russia’s war in Ukraine has forced Germany to rethink its energy sector. 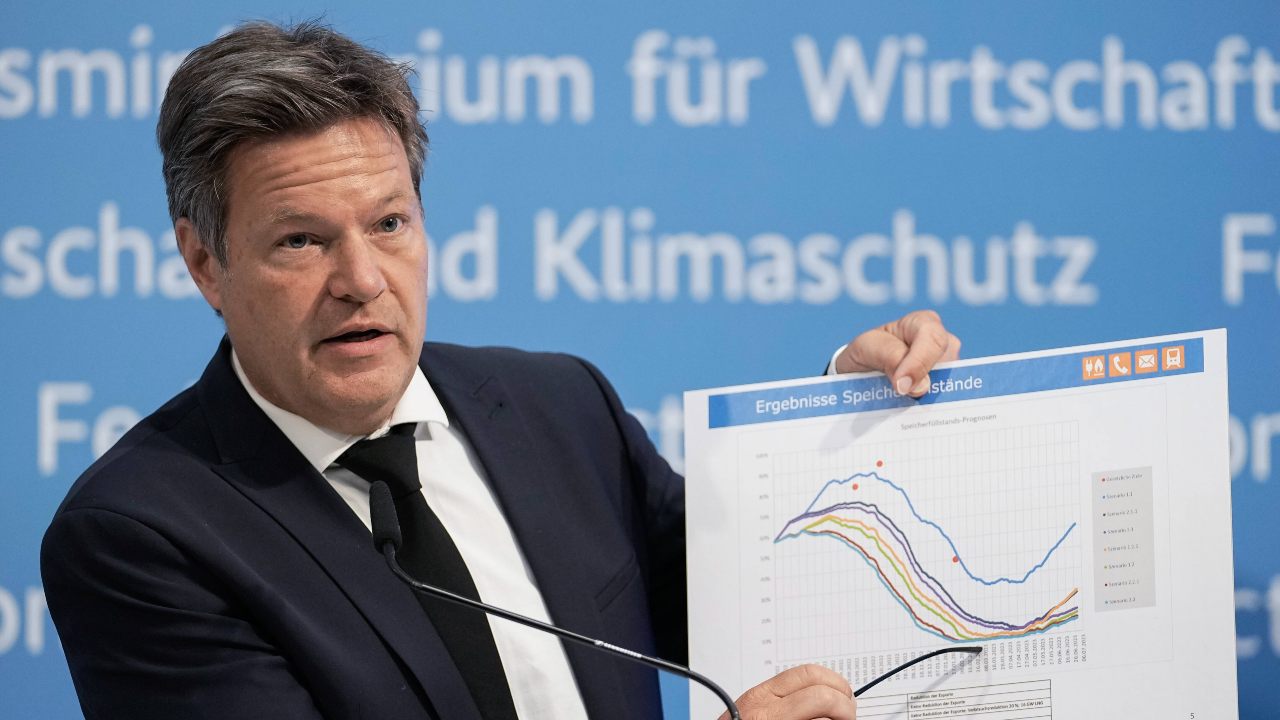 Iran vs. the People: A Test of Legitimacy Black Sea Cables to Slake Europe’s Thirst for Energy Western Elites — Rubles Bought (Some of) the Best ChatGPT Chills – Will Its Hoaxes Divide Transatlantic Regulators? Russia’s Return to Gulag Economics What’s a Russian? Rebuilding Ukraine: A Historic Plan for Congress
Explore

The idea that Russia and Germany were reliable energy partners was a constant in European energy policy for decades. That dates to the 1960s, when Germany began importing gas from the Soviet Union in the hope of developing a peaceful security alliance. But the relationship has since turned into a tumultuous, unstable dependency, and Germany has spiraled into an energy crisis.

With Russia cutting the flow of gas through the Nord Stream 1 pipeline, and Germany halting the certification of Nord Stream 2, its energy security has been dashed. As recently as March, Germany relied on Russia for a third of its gas. Rather than watch while Chancellor Olaf Scholz’s government builds new liquefied natural gas (LNG) terminals and seeks other suppliers, Russia has started cutting supply to the European Union’s biggest economy — down by as much as 50% in some sectors. This has Germany scrambling to enact a gas emergency plan to counter the threat.

Just how quickly the sector can change is a vital question for future European energy security. Diversification is both labor- and time-intensive and could take years, requiring the discovery and development of new fields, new LNG terminals (expected next year), and significant investment in research and development. The most obvious solution, nuclear power, is being phased out by the end of this year, a plan former Chancellor Angela Merkel initiated in 2011 and current Chancellor Scholz is determined to follow. As a result, the country is left with one short-term option for energy: Extending its use of coal, thus increasing its carbon emissions.

The hunt for alternate sources of energy has provided Germany with a strong incentive to bolster the renewables sector. The agenda is being driven by the success of the German Green Party, which became a part of Scholz’s ruling coalition after the 2021 election, giving it a seat at the table in climate discussions.

On April 6, the government presented the “Easter Package,” the most comprehensive energy reform in 20 years, with the aim of streamlining Germany’s energy transition. It set a goal to produce 80% of all energy from renewables by 2030 and 100% by 2035. While a major overhaul of Germany’s energy sector was expected as a result of the Greens’ newfound power, Russia’s war in Ukraine dramatically increased the impetus to reduce dependence on Vladimir Putin’s regime. Germany is changing the energy mix at a pace “never been seen before in Germany,” Economy Minister Robert Habeck said on July 2.

The package promised an increase in both onshore and offshore wind power, an improvement and expansion of solar energy production, and a framework to ensure climate neutrality and efficiency. With Germany struggling to stabilize energy prices and gas rationing looming, the measures offer a sustainable and stable option for its energy sector.

By weaning itself off Russian energy, the German economy would become more efficient, so bolstering the EU and weakening the Kremlin’s influence in Europe. But the benefits of the package are not imminent, and Germany will continue to bear the burden of its energy crisis for years to come.

Germany is one of 12 EU countries affected by Russia’s gas cuts and the European Commission has drawn up its own plan, REPowerEU, to speed the green transition and end dependence on energy from the east. Many European countries also aim to implement their own measures to diversify energy supply, including exploring renewable sources such as hydrogen.

The Esbjerg Declaration, signed in May by Germany, Denmark, Belgium, and the Netherlands, may prove a major breakthrough in developing hydrogen capacity. The signatories committed to expanding existing offshore wind farms and developing new hubs to connect them, providing renewable electricity needed for the production of “green hydrogen.”

Denmark already produces wind power on a large scale and under the agreement will further increase this, with excess power exported to meet demand in other countries. The signatories agreed to a combined target of 65GW by 2030, and 150GW by 2050. The 150GW target is more than half the capacity needed for the entire EU to reach net zero. Norway’s sovereign wealth fund could also play a vital role in the creation of a sustainable and efficient European hydrogen market.

The war in Ukraine has revealed the consequences of relying so heavily on an untrustworthy authoritarian regime; as the largest energy consumer in Europe, Germany finds itself in a particular squeeze. Without unified efforts, Russia will continue to strangle Europe whenever it chooses. Countries need to create, adapt and innovate if they are to implement the diversification needed to face down Vladimir Putin’s weaponization of the sector.

SaraJane Rzegocki  is a Program Assistant with the Democratic Resilience Program at the Center for European Policy Analysis (CEPA). She holds an M.A. in Political Science with a concentration in European Union Policy Studies from James Madison University.

Åsmund Jødahl is an intern with the Democratic Resilience program at the Center for European Policy Analysis (CEPA). He is a student at the Johns Hopkins School of Advanced International Studies (SAIS), concentrating in States, Markets, and Institutions, with a regional specialization in Europe.