From Sea to Shining Seas

An initiative to build Europe's potential and shut out the autocrats 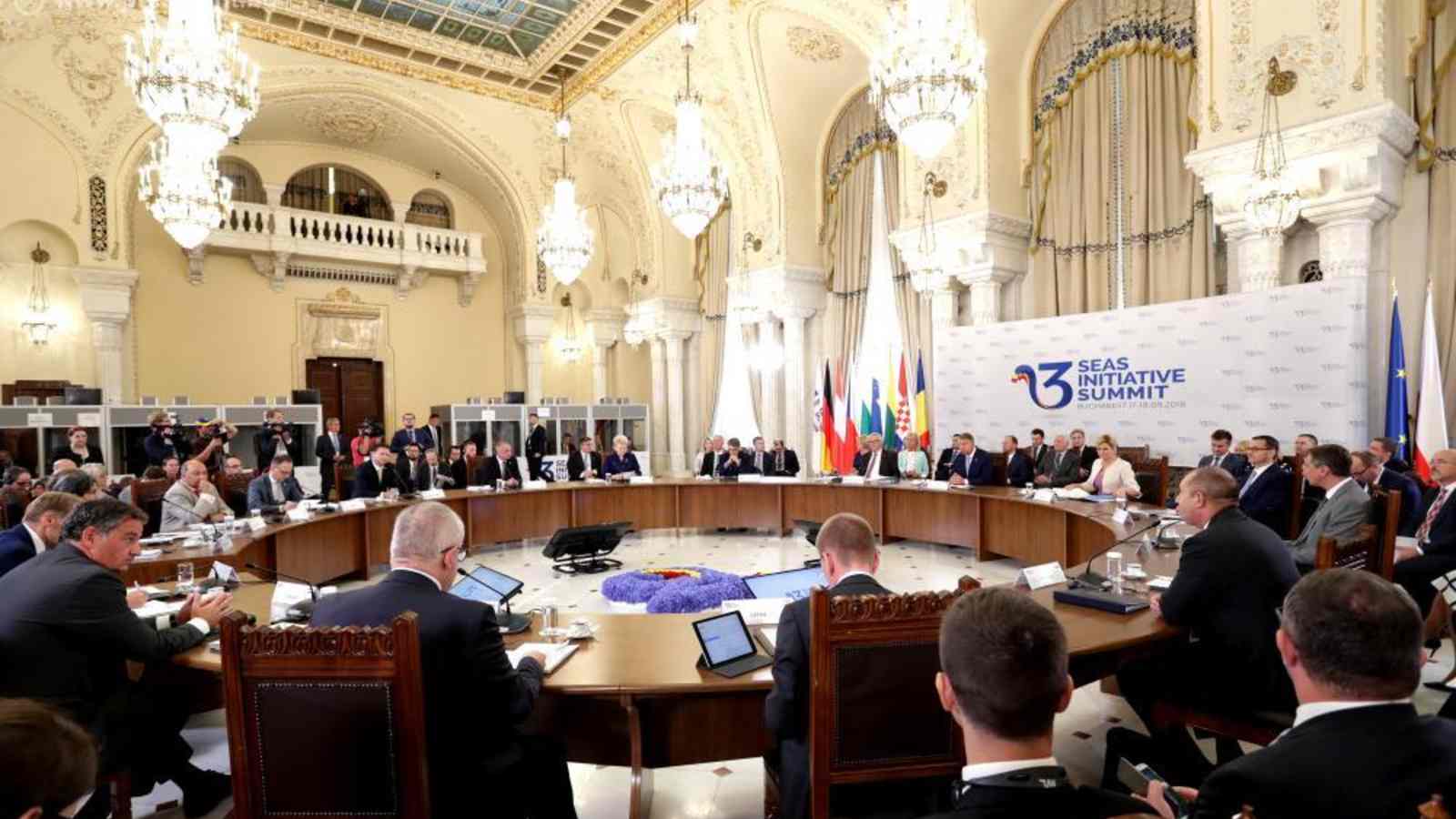 Photo: The Bulgarian Head of State is on a visit to Romania to take part in the Three Seas initiative summit. September 18, 2018 Credit: Wikimedia Commons

Infrastructure development in Central and Eastern Europe (CEE) lags its western EU counterparts. To remedy this disparity, the Three Seas Initiative was established in 2015 to invest in infrastructure connecting its 12 CEE member states, aiming to improve not only commercial opportunities, but democratic institutions throughout the region.

Members of the Three Seas Initiative will deepen their economic and political integration, and cement their partnership through investments connecting highways, telecommunications, and energy infrastructure. By attracting investment from the United States, the EU, and European capitals, the Initiative will bring transparently sourced, Western investment to infrastructure projects. This will encourage additional foreign direct investment (FDI) from transatlantic institutions and investors, a process that will perpetuate adherence to the rule of law, transparency, and good governance practices.

The 12 countries of the Three Seas Initiative are located between the Baltic, Black, and Adriatic seas. They comprise:  Estonia, Latvia, Lithuania, Poland, the Czech Republic, Slovakia, Hungary, Slovenia, Austria, Croatia, Romania, and Bulgaria.

Critically, the effect will be to crowd out the strings-attached investments from autocrats, such as Putin and Xi, that cement corrosive business practices inside the EU. These investments by constructive capital providers will also help to cultivate democratic institutions within CEE, a region that includes countries flirting with authoritarianism.

Given its strategic importance, the Three Seas Initiative needs the support of the U.S., the EU, and individual EU member states in the form of political and financial assistance. Thus far, the Three Seas Investment Fund (3SIIF) has received €913m ($1.1bn) in commitments from cornerstone investors Poland, Romania, Slovenia, Hungary, Croatia, Bulgaria, Estonia, Lithuania, and Latvia. The U.S. allocated $300 million to the Fund in January and pledged to extend this pledge to $1billion. The 3SIIF, operated by Amber Investment Group, will assess potential projects based on their financial appeal. This will ensure projects are selected based on their commercial rather than political return on investment (ROI). Investors must now back up these significant monetary pledges with the political will needed to propel the Initiative forward.

The Three Seas Initiative will bring greater prosperity and stronger democracy to its members. It will also produce positive spillover effects for the broader region.

The benefits will be even broader. Securing the Black Sea region is a priority for Europe and the U.S. The Russian Federation has already deployed its military might to occupy the sovereign territory of NATO-aspirant countries Georgia and Ukraine, and it is steadily increasing its military buildup along the coasts of Romania, Bulgaria, and Turkey — NATO members bordering the Black Sea. Much as the Baltic States have created a brand for themselves based on shared strategic priorities, Three Seas members and partner states bordering the Black Sea can do likewise. A positive agenda for members and partners in the Black Sea region will become a calling card for the Initiative with immediately recognizable strategic aims.

Commercially, new transportation infrastructure from north to south could connect as far as Georgia in the east and Greece in the west. These thoroughfares would allow for more products to enter Europe, creating opportunities for new investments to benefit communities all along the new routes.

Finally, a successful Three Seas Initiative that includes a strategy for Black Sea security will help to ensure Ukraine’s sovereignty. As a country bordering the Black Sea which is a continual target of Russia’s hybrid activities along its eastern flank, Ukraine can be a powerful partner in efforts to shore up defenses against malign Russian activity and so benefit Three Seas partners, the EU, and the transatlantic alliance.