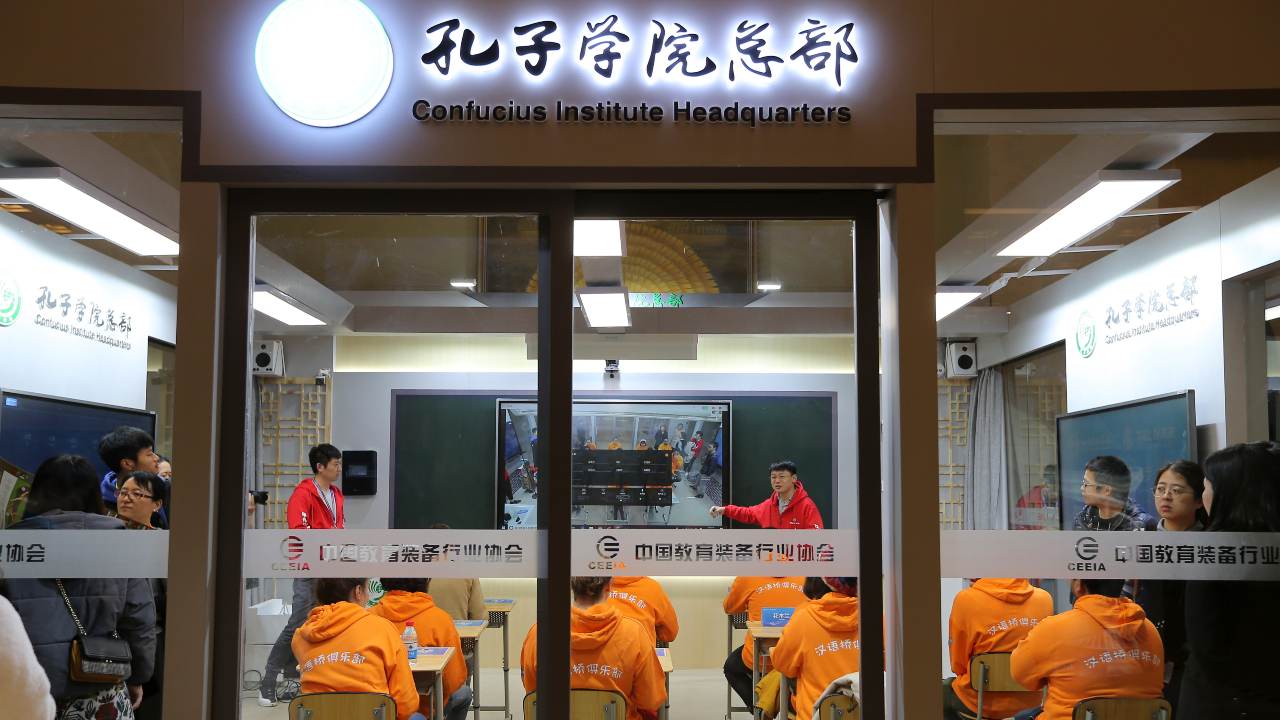 Putin Gambles His Future on Mobilization Getting Ahead of the Curve: Chinese Influence in Central and Eastern Europe After Putin Sweden Pays for a Negative Election An Education: Islamic Universities in Russia The Elizabethan Era The West Must Break China’s Solar Chokehold
Explore

In October 1956, students marched through the streets of Budapest chanting “This we swear, this we swear, that we will no longer be slaves.” That prompted the Hungarian uprising against Soviet occupation, crushed by tanks and betrayed by the West.

Sixty-five years later, students are on the march again. This time they are protesting against another kind of occupation: Chinese cultural hegemony. The Hungarian authorities, who have expelled the liberal-minded Central European University on a bureaucratic pretext, have invited China’s Fudan University to open its first European campus in the Hungarian capital. A district of the city that had been allocated for student housing will now host the Chinese guests. The hugely well-funded Chinese colossus will also compete for talent with cash-strapped local universities. Bearing banners reading “treason”, Hungarians demonstrated against the project this weekend. “I do not agree with our country’s strengthening feudal relationship with China,” a participant told Reuters.

That may be an overstatement. The government of Victor Orbán certainly flirts with China. It has several times blocked European Union protests and statements dealing with the crackdown in Hong Kong and other contentious issues (because such gestures change nothing, Hungarian officials say). But it is not Chinese communists or Kremlin kleptocrats who run Hungary. Mr. Orbán and his Fidesz party are firmly in charge, at least on a national level (the opposition runs some major cities, including Budapest).

That has already created some obstacles to the Fudan project. The Budapest municipality has renamed streets around the proposed campus, with additions such as “Uyghur Martyrs’ Road”. Other thoroughfares will honor Hong Kong’s pro-democracy campaigners, the Dalai Lama, and other taboo-busting subjects.

The authorities in the British university city of Cambridge should be getting out their paint-pots and brushes too. Worries about Chinese influence there have been bubbling for years. But this weekend news broke of how Peter Nolan, a leading figure in China studies there, had sought in November to veto public discussions of issues that would upset the Beijing authorities. He told colleagues at Jesus College that holding public events on topics such as Hong Kong and the treatment of the Uighurs would harm the college’s image and thus be “unhelpful”.

I have heard privately from several scholars at Cambridge that they feel stifled by the university’s ties with China. One was asked to tone down criticism of Chinese state-sponsored infrastructure projects in his teaching because it would put students from the mainland in a difficult position. Others have said that research funding for topics seen as “anti-China” is hard to come by. (Cambridge has brushed aside journalists trying to investigate its ties to China.)

These may seem like small problems. But they are the ingredients of a big victory for the Chinese party-state. Its goal is simple: all discussion of China, anywhere in the world, should be subject to control from Beijing. That applies to media, entertainment, publishing, academic work, and politics. The fact that freedom in these fields is a core part of democratic countries’ political systems is irrelevant. A fourteen-point memo presented to Australia in November instructed that country not just to stop criticizing China, but to ensure that criticism stopped. A big difference.

The lever is China’s size: as a market, a supplier, and a donor. Universities in most Western countries are expected to be entrepreneurial. China provides the research funding, students, and faculty they are supposed to be attracting. The bigger those inputs, the greater the chance that Chinese pressure then curbs academic freedom. For now, we can complain about this, in English, Hungarian or any other language. Enjoy it while you can.