As EU leaders move towards a more independent foreign policy in the wake of AUKUS, the U.S. will need to reassess its strategy in order to include long-term allies 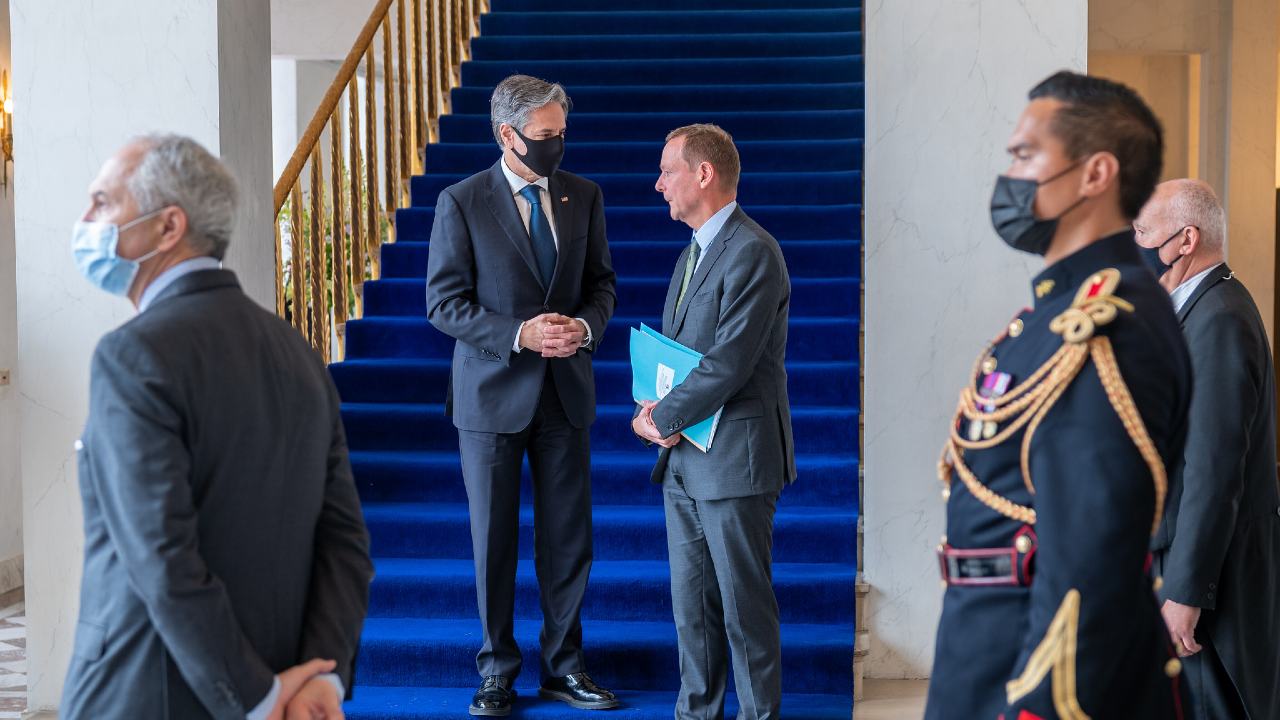 Has the U.S. Cabinet moved to Paris for an emergency meeting? Secretary of State Antony Blinken, Trade Representative Katherine Tai, National Security Adviser Jake Sullivan, and Climate Special Envoy John Kerry all travelled to Paris this week for discussions with their French counterparts. On Tuesday, Blinken met President Emmanuel Macron at the Elysée Palace, trying “to restore trust” after the announcement on September 15 of the AUKUS alliance, between the U.S., the UK and Australia.

The amazing display of friendship towards France, whose 2016 submarine contract was scrapped unilaterally by the Australian government (to be replaced by U.S. nuclear subs sometime around 2040), is revealing. Blinken and Kerry, in particular, enjoy deep personal and family ties with France. For the Biden administration, following months of attempts to gather democratic countries in countering China’s global rise, the recent move is at the very least a misjudgment. The U.S. blatantly ignored France’s Indo-Pacific strategy despite close bilateral contacts and a shared approach to the China threat in the region. “We expected better from you” is a phrase often heard over the past three weeks, including during Blinken’s TV interview on prime time, on October 5.

France has had territories in the region for over two centuries, with up to 1.6 million French citizens living between the Indian Ocean and the South Pacific. As the only European Union (EU) country with a significant military presence, France was also instrumental in the launch of a European Union Indo-Pacific strategy published on September 16 – barely a day after AUKUS was announced.

For France, it is not just the loss of a multi-billion contract, but also a blow to its regional strategy. What will happen now to French-Australian relations, given that the two countries only signed a strategic partnership in 2018? France has 280,000 nationals based on the nearby archipelago of New Caledonia. Dialogue between the two countries is currently reduced to a strict minimum. A legal battle over the cancellation will soon begin. On the other hand, Macron’s government had no need to waste time reaching out to other countries in the region, including India, Indonesia and Malaysia, all of which have purchased French defense equipment. By the end of 2022, the Indian air force will, for example, be able to fly its new fleet of 36 French Rafale jetfighters. Macron and Prime Minister Narendra Modi spoke on the phone just a day after the AUKUS announcement. The French commitment to the region and the region’s appreciation of its role is clear.

France has also been able to gather support at the European level. On Wednesday, the 27 leaders of EU member-states met in Brdo, Slovenia to address the EU’s role on the international stage. They discussed the need to “rebalance” the EU’s relationship with China: while the EU wants to keep communication open with Asia’s greatest power on issues such as climate change and trade, it will not compromise on its values. The Indo-Pacific strategy is a carefully considered part of the EU response. France also received “sympathy” from fellow Europeans. At the very least, the AUKUS affair may lead the EU a step forward in the direction sought by Macron’s government: more European strategic autonomy, and an independent foreign policy not relying exclusively on the United States.

EU leaders now agree on the fact the U.S. is one partner among others, hence the need for a more coordinated European policy. In an in-depth interview with a French newspaper just days after the AUKUS fallout, Foreign Minister Jean-Yves Le Drian summed up France’s approach: “We do not underestimate the depth of competition with China, which can be ferocious, and the need for a constant evaluation of risks, but we try to avoid the militarization of our strategy to allow us to include –respectful of their sovereignty- all interested countries.”

Judging from the cold shoulder that Indonesia and Malaysia have given to the AUKUS launch, it seems the French view is shared by a significant number of both European and Asian countries. A fully military approach will probably not work in Asia. In this sense, the U.S. strategy — already impacted by the lack of communication with partners over the recent withdrawal from Afghanistan — will surely need to be reassessed in order to include long-term allies. Even the U.S. cannot move alone in such a complex geopolitical environment.