Europe has to become geopolitical — or face the increasingly uncertain, even dangerous times 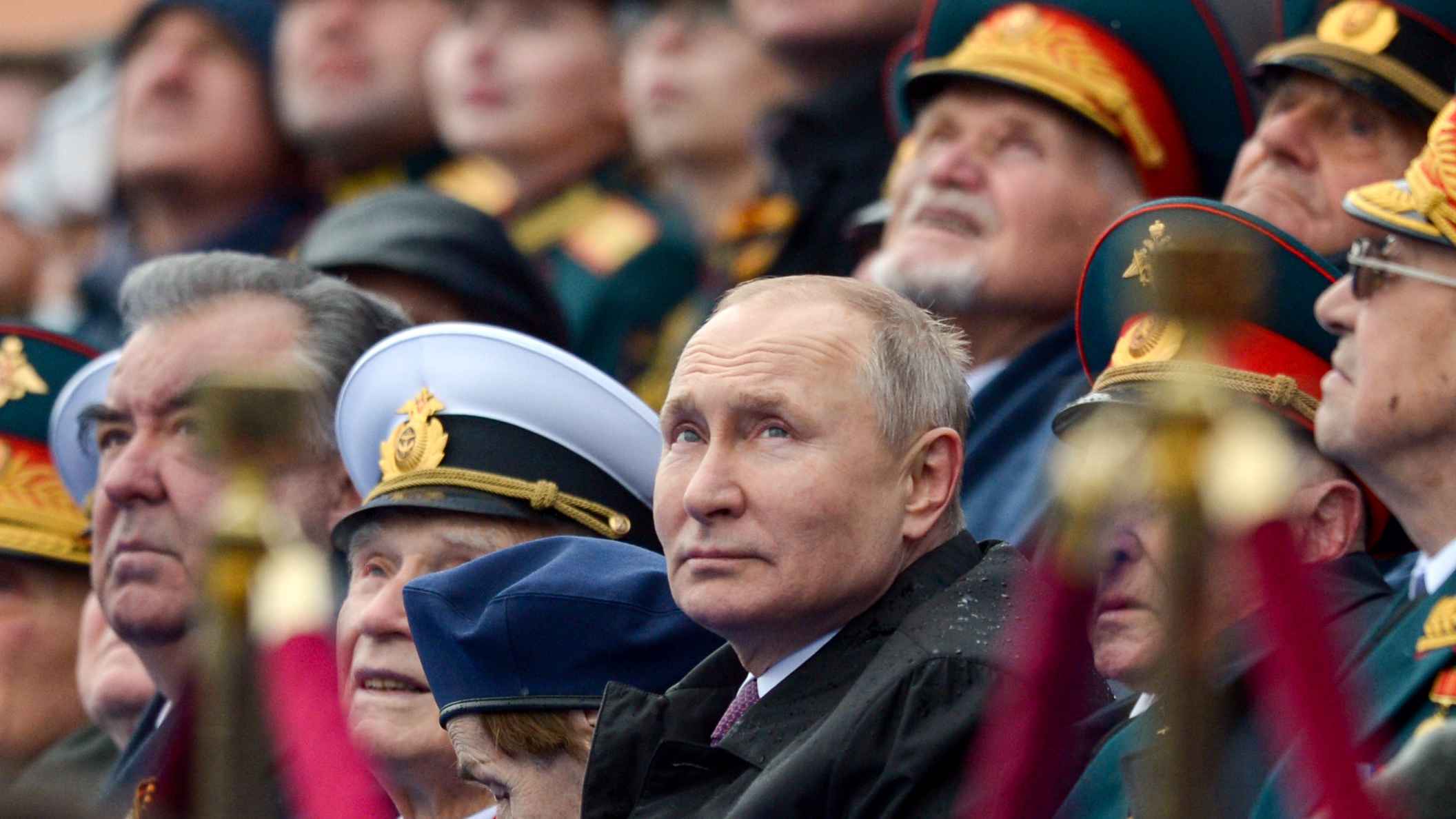 Europe has to become geopolitical — or face the increasingly uncertain, even dangerous times.

When a plane from Athens to Vilnius, from Old Europe to New Europe, was forced to land in Minsk (the future Europe?) with threats of an explosion on board and the scrambling of a fighter jet last month, there was uproar and anger from European capitals. It seemed, at the time, like the vindication of Jean Monnet who used to say that, “Europe will be forged in crises.” Speedily and unanimously, Europe decided to impose sanctions on Lukashenko’s regime. Europe was united, it acted resolutely and decisively. Europe was magnificent. Needless to say, I very much hope we will stay that way.

There is a danger of complacency creeping in, however, as we congratulate ourselves for our very fine performance. Are we not somehow missing the bigger picture? Let’s take a step back and take stock of the larger perspective — what is happening here, precisely?

Heretofore, the weaponization of civil institutions such as air traffic control was not thought an option. Now it is. What next? This is difficult to say when dealing with a regime that is bordering on insanity. Lukashenko‘s Belarus has habitually been referred to as the last remaining outpost of the Soviet Union, but nowadays it is increasingly reminiscent of North Korea in its mix of capricious unpredictability and unbridled, paranoid aggression.

Yet the question remains — is it really only Lukashenko‘s doing? Does he go it alone? It remains unclear who precisely was involved in the incident, and the investigation continues. But one thing is clear — Russia was not unaware of it, its reaction was pre-prepared and reached the world faster than Western shock reached Twitter. Moreover, as in Soviet times, Lukashenko immediately flew to report to his Kremlin patron. Since last year‘s stolen election, Russia was involved in Belarussian affairs more than ever with political consultants, military advisors, and propaganda aid.

But not only in Belarus. The question I would like to raise is this: what is the goal of Russia’s current regime apart from ensuring its own survival? What is Russia’s overall geopolitical goal?

Exporting instability across the border was Russia‘s go-to policy for the last couple of decades, from Transnistria to east Ukraine, from Abkhazia to Nagorno Karabakh. But that instrument has become increasingly costly, with unstable regimes a drain on its budget. They are ineffective, their economies cannot sustain the day-to-day needs of their populations, so Russia ends up footing the bill – just as it did in the Soviet times, from pro-communist regimes in Africa to Castro’s Cuba. And those territories are not incorporated, which means they still retain a certain level of independence and a modicum of choice, at least in internal politics. And that usually ratchets up the costs.

We are now witnessing the next phase, as the Kremlin actively tries to fix what Putin called the biggest geopolitical mistake of the 20th century – the dissolution of the Soviet Union. Ultimately it doesn’t matter whether the Kremlin does it to create a personal legacy, or because it is unable to de-escalate the situation around the Russian borders. Nobody thinks Putin could match Stalin’s project, perhaps he is not that ambitious. But he is aiming for the next best thing.

Belarus is close to being consumed by Russia. Now is the time we should ask ourselves — what happens if Lukashenko signs a common state agreement with Putin? Can we recognize it? Shouldn’t we call it annexation, as we did with Crimea and as some countries did following the Soviet occupation of Lithuania after World War II? If the annexation occurs, then Belarus should become an absolute no-go zone for western businesses, just as Crimea is today.

But it’s not just Belarus. Armenia is becoming ever-more dependent on Russian security guarantees and has a growing Russian military presence. Azerbaijan, in order to reclaim previously lost territories, won the war against Armenia, but now has 5,000 Russian troops inside the country. Georgia lost territory during the 2008 war and is witnessing continuous militarization of the occupied territories of Abkhazia and Tskhinvali (South Ossetia). Recent Russian military escalation in occupied Crimea and along the Ukrainian border leaves Ukraine in a less than ideal position: living with a permanent low-level war and continuously worrying that full-scale hostilities could erupt. The same goes for Transnistria – the semi-criminal territory snatched from Moldova, the country which until recently held the best record of pro-European reforms.

Some say that all these conflicts were pre-programed by Stalin with the famous red pencil he used to redraw the borders of newly occupied territories after World War II. We have witnessed Kaliningrad becoming a de facto Russian military base in the middle of Europe, complete with nuclear capabilities. And yet what is the difference between Kaliningrad and South Ossetia? The latter also has Russian troops, it has also become a threat to neighboring countries. (And not only neighbors – it is said that the Russian radars from South Ossetia can see as far as Turkey, a NATO member.)

The only difference is that South Ossetia and other similar “territories” are not yet Russia. Putin is 68, he is obviously beginning to think about the infighting that will start after he steps down. One way to control it is to start something grander – a New Russia that would incorporate Belarus, Armenia, Donbas, Abkhazia, South Ossetia, Transnistria, and who knows what else.

This slow annexation is already underway on the EU’s borders. Unchecked, it will create instability for the next century. Countries with problematic, disputed territories will be reluctant to pursue democratic, pro-European reforms, since that might provoke Russia. They will remain de facto geopolitical hostages of the New Russian Empire – and a tempting target for its further expansionist ambitions.

Not such a long time ago it was the United States that was a main stabilizing actor in the region. With NATO enlargement in Central and Eastern Europe, active involvement in the Eastern Partnership and Central Asia, it could check and balance the involvement of disruptive geopolitical actors like Russia and China. The diminished U.S. geopolitical footprint in the region during the last four years has left more space for maneuver for malicious actors, and this is exactly what we have been witnessing.

Of course, the NATO shield is still working, it still provides sufficient deterrence for the border countries, such as Baltic countries, Poland, and others. It even guarantees shelter for the opposition from the non-democratic regimes – Russia and especially Belarus. Lithuania has been chosen as a country of residence by thousands of opposition leaders, activists, journalists, and non-governmental organizations.

The recent statements by U.S. leaders that the U.S. is back in world politics are very welcome. They were warmly received by the Central and Eastern European states, as well as Nordic countries. However, while we heard the words, no real action has followed. So far at least. Perhaps it is not easy to turn a huge ship around so quickly.

And thus the question remains: where is the EU? Is it to remain a bystander, watching with helpless apprehension as the world around it becomes an increasingly more volatile and dangerous place?

Europe needs a grand geopolitical strategy. The promise was to have a geopolitical union. The time is ripe to make good on that promise.

The first signs are there. The EU Council President took an active part in solving the political crisis in Georgia which could have slowed the progress of the reforms there even further. The result was admirable — the diplomatic effort worked and the opposition in Georgia is back in the parliament, which is now able to promulgate laws and amend the constitution, where needed, for Georgia to continue on its European path.

However, much more could and should be done. Europe is direly needed in Belarus. The EU needs to increase pressure on the mad and criminal dictator Lukashenko until he is pushed out, and to help Belarusian people to have the election they deserve.

Europe is badly needed in Azerbaijan and Armenia – to guide the peace process, because Europe is the only truly disinterested party, because our only interest is stability, the rule of law, and respect for human lives and rights.

Europe is needed in Moldova and Ukraine, countries that specifically declared their wish to be closer to, or even in, Europe. The Ukrainian people paid the ultimate price for their European aspirations – from the Heavenly Hundred murdered by the pro-Russian dictator’s thugs in Euromaidan, to the brave soldiers who continue to be killed in the war in eastern Ukraine unleashed by Vladimir Putin as revenge for Ukraine choosing the European path.

Europe has to become geopolitical — or face the increasingly uncertain, even dangerous times, as China, Russia, and even Turkey decide, between themselves, the fates of countries not only to Europe’s east, but south as well. We are already seeing this playing out in Libya and Syria.

EU diplomats need a broader mandate and EU ministers need to discuss these matters in greater depth, and take broader, more far-sighted decisions. EU leaders also need to start seeing this as an overwhelming political priority. Because the EU security is inextricably bound up with the peace, stability, and democratic progress of its neighborhood. And only a safe and secure EU can deliver on its original mission — to act as a beacon of peace and human rights, of freedom and prosperity, for the world. The path to Europe’s future passes through the future of its eastern neighbors. Otherwise, our neighborhood programs will be just an expensive exercise in buying time from resurgent imperialist regimes. 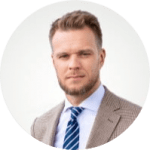