Energy Traders: Do the Decent Thing and Support Ukraine 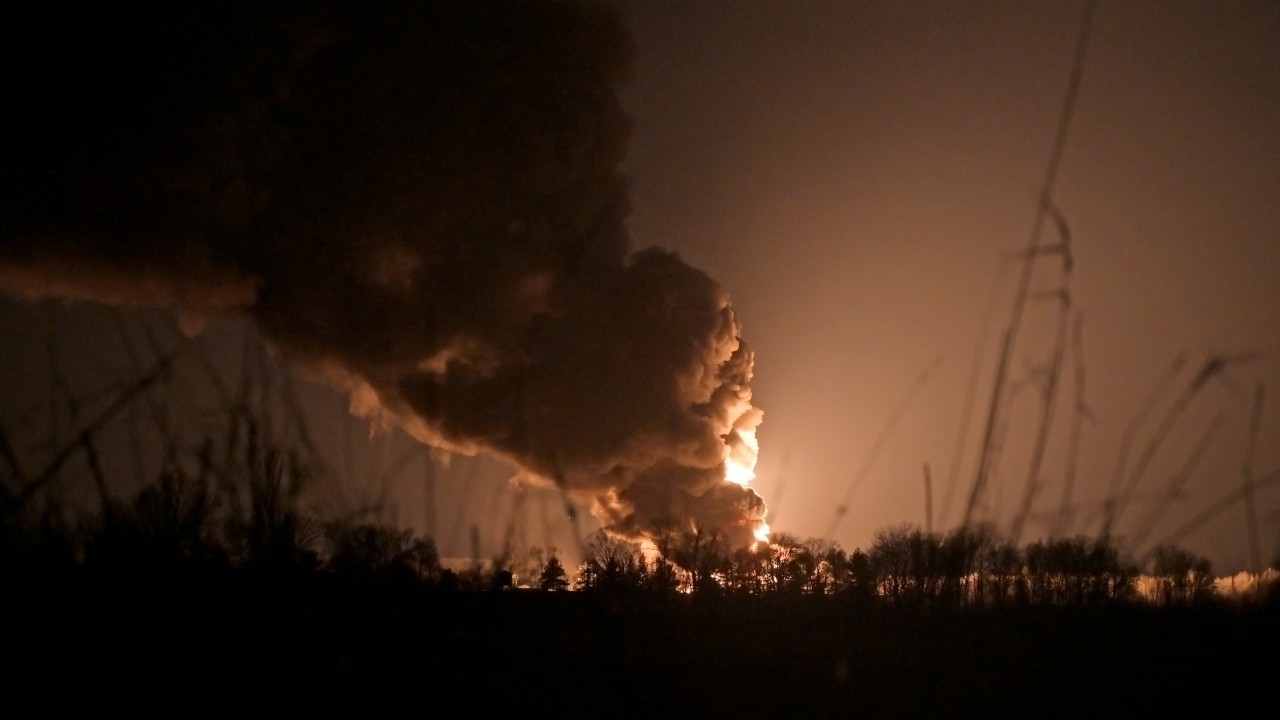 As I write, heroic Ukrainians are standing on the front lines of the global struggle between democracy and dictatorship. As internationally sanctioned Russian President Vladimir Putin has unleashed unprovoked aggression against Kyiv and many other Ukrainian cities, liberal democracies around the world have announced deliveries of urgently-needed weapons to support Ukrainian defenders, and imposed unprecedented sanctions on Moscow.

With Russian forces bearing down on Kyiv, more military equipment is needed, including Stinger and Javelin missile systems. And while we are rightly focused on what other major sanctions can be taken by governments to pressure the Putin regime to end its aggression (including the exclusion of select Russian banks from SWIFT owing to intensive Ukrainian diplomacy), the private sector has a job to do as well. After all, Ukrainians are giving their lives in defense of the values of liberal democratic norms and open markets which have provided the framework for unprecedented global stability and prosperity for decades.

Government-issued sectoral sanctions on Russian oil and gas exports need careful calibration to avoid sparking energy security crises. It also takes time for their impact to be felt. But there is one urgent step that energy traders themselves can take right now to demonstrate the lofty goals of corporate social responsibility and good corporate citizenship, while piling immediate pressure on the Putin regime.

This stems from recent market trends associated with Russia’s “flagship” oil grade, called Urals, that has taken a massive price hit compared to the Brent oil benchmark. For context, “the Brent benchmark is used to price over three-quarters of the world’s traded oil, as one of the most liquid crude grades,” according to Mike Wittner of the US-based Intercontinental Exchange.

In other words, the Brent price is often seen by energy traders as a key energy indicator baked into the global economy. That’s why the differential between Urals and Brent provides such a key opportunity for the private sector to pressure the Kremlin.

As of February 25, Urals was trading at a rate $11.60 per barrel *lower* than the Brent price, which Bloomberg described as “the deepest discount in 11 years of data compiled,” with S&P Global Platts confirming the differential hitting its “lowest level ever.” Furthermore, the five-day rolling average Urals-Brent price differential has Urals depressed by $7.86 per barrel compared to Brent, according to Thompson Reuters data.

The explanation for the Urals disparity is threefold. First, international oil importers — so far including China — have generally been cautious on importing the volumes due to geopolitical uncertainty on how much the international community response “may still complicate dealings with Moscow,” according to Bloomberg. This includes uncertainty on when and if the international community will begin to introduce sectoral sanctions against Russian oil exports as international condemnation of Russia grows. Oil tankers making calls in Russian ports on the Baltic and Black seas and beyond, of course, could suddenly find themselves running afoul of sanctions depending on future government decisions on general licensing and wind-down periods, adding to the risk.

Second, there is the very practical matter of physical security. Since Russia launched its new invasion of Ukraine, both the perceived and the actual security risk of tankers off-taking oil cargoes at Russia’s Black Sea ports of call has spiked. The two main oil terminals on Russia’s Black Sea coast between Krasnodar and the Kerch Strait — CPC Terminal and Novorossiysk — primarily export Kazakhstan’s Caspian Pipeline Consortium (CPC) blend, and Russian Urals, respectively. According to Bloomberg, “about three-quarters” of the total 400,000 barrel per day capacity of Novorossiysk’s export capacity is in the form of Russian Urals crude

Already this week, we have seen reports on February 24 of the Turkish-controlled bulk carrier Yasa Jupiter having been hit by a “shell or possibly a missile while sailing in the Black Sea” according to Turkish President Recep Tayyip Erdogan and Ankara’s General Directorate of Maritime Affairs. This was followed by reports on February 25 that two additional ships were damaged in the Black Sea: the Moldovan-flagged chemical tanker Millennial Spirit reportedly “struck with a missile from an unknown source,” and the Japanese-owned bulk carrier Namura Queen, which was “reported to have been hit by a missile on its aft side,” both according to TradeWinds. With statements on February 26 by Vadym Denysenko, advisor to the Ukrainian Interior Minister, that Russia is “preparing for naval warfare with Ukraine” the risk has only increased, which has led insurance rates for Black Sea shipping to spike along with Russian hostilities.

And finally, let’s set sanctions, physical security, and insurance risk aside. There is an overwhelming case that good corporate citizenship must demand that energy traders cease importing Russian oil given Russia’s attempt to extinguish Ukrainian independence, including the brutal targeting of civilian infrastructure. With the world looking on, it’s time for energy traders to demonstrate that like the citizens of Ukraine, they too can show resilience and find solutions to avoid importing what must be considered a socially toxic commodity, and forget the relative discount compared to the oil market standard.

While many of the sanctions introduced this week will take time to inflict the kind of pressure needed to counter the intensity of Russian kinetic warfare against Ukraine, the energy market must self-regulate to put instant additional pressure on the Putin regime.

A simple appeal to global energy traders to stand with Ukraine and pressure Putin: avoid the discount – say no to Russian Urals.