The Trump administration is strengthening the transatlantic alliance by pushing for greater defense spending among all members and reinforcing NATO’s military presence along its eastern flank. An additional political step can be taken by both Washington and Central and Eastern European (CEE) governments to energize the alliance: agreeing on political and security priorities. While Washington […] 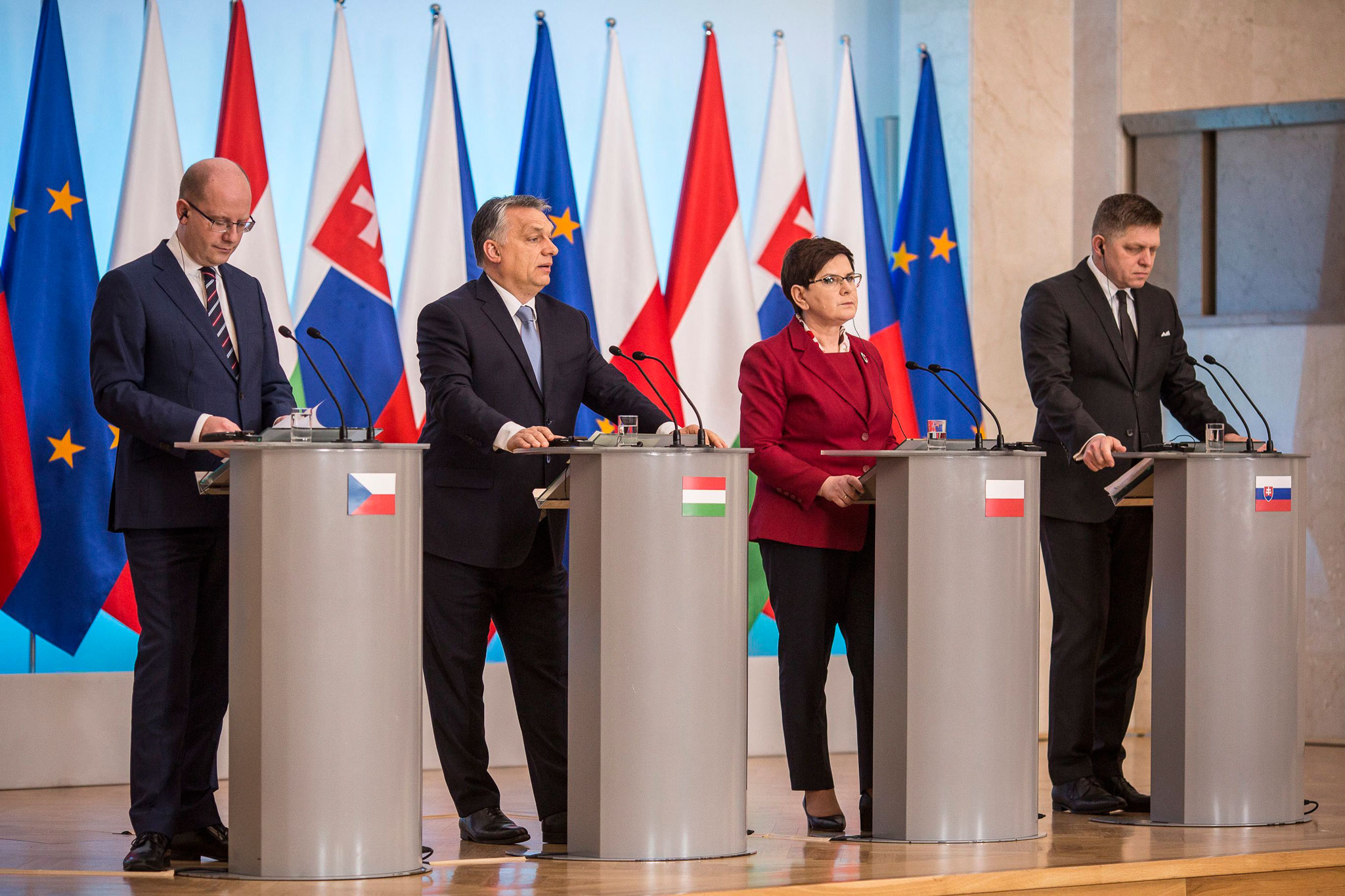 The Trump administration is strengthening the transatlantic alliance by pushing for greater defense spending among all members and reinforcing NATO’s military presence along its eastern flank. An additional political step can be taken by both Washington and Central and Eastern European (CEE) governments to energize the alliance: agreeing on political and security priorities.

While Washington does not ostracize elected leaders for their domestic policies—even while encouraging adherence to democratic principles—the CEE capitals implement their commitments to allied security and to counter Russia’s subversive influences.

Immediately after the collapse of communism, the promotion of democracy in CEE was a necessary objective for Washington. It reinforced the development of political pluralism, representative institutions, and civil societies. It contributed to enshrining the minority rights of ethnic, religious, and regional groupings. And it helped to propel each state to qualify for NATO and European Union membership.

However, at this hazardous juncture in Europe’s evolution, with the EU facing growing turmoil and an aggressive Kremlin seeking to destabilize the continent, Washington needs to consolidate its alliances and not risk destabilizing them. Public scolding of democratically elected allies because of their domestic politics could prove counter-productive by alienating broad sectors of society and pushing some politicians toward nationalist isolationism or dependence on Moscow. The United States can communicate to all NATO allies the importance of protecting democratic institutions without stirring national sensitivities and while not creating opportunities for Russia to widen political cleavages within the Alliance.

The United States has always had a role to play in supporting democratic systems. This is not to impose an American model of governance on others. Rather, this is because strong democracies are less vulnerable to destabilizing international influences. However, the United States should not be the primary advocate, especially as all CEE states have “graduated” (according to the USAID) from being recipients of U.S. democracy assistance and are full-fledged members of the European Union. The promotion of democratic standards is a fundamental role of EU institutions, in which each CEE country is firmly embedded.

There is a stark difference between criticism and ostracism. Constructive criticism should not affect high-level political and diplomatic relations or unbalance our close security ties. Context also matters. Countries such as Poland and Hungary, frequent targets of public criticism, possess durable democratic institutions, mature civil societies, and an active political opposition. Protecting and maintaining these bulwarks is important since they can shield core democratic values when judicial and media freedoms are under threat. Public diplomatic reprimands become counterproductive when they fuel defensive nationalism against perceived American ‘paternalism’ or provide ammunition for anti-American propaganda and narratives.

The past is likewise important. Europe’s younger generation in particular has no memory of the immense American role in toppling both fascism and communism, and may increasingly view the United States as a new ‘imperialist overlord’ that seeks to deprive nations of their identity and independence. Such misperceptions can undermine the alliance and assist the Kremlin in gaining political footholds by claiming that it (Russia) is defending others against ‘cultural imperialism.’ These lodgments would also increase the susceptibility of local political leaders to corruption, manipulation, and intimidation, and amplify their isolation from the United States.

Washington also needs to be mindful that bilateral arrangements with each CEE state, notably ones that neglect broader multinational frameworks, can contribute to both dividing Europe and assisting Kremlin objectives. A multi-speed or multi-tier EU may increasingly sideline the CEE states, which are still catching up economically with their Western European counterparts. Warsaw, Budapest, and other capitals have made it clear that they do not want to drift into some stagnant gray zone by falling into a lower EU tier at a slower speed. Bilateral arrangements can reinforce these divisions.

While the United States needs to focus on strengthening NATO, restoring strong diplomatic ties, and expanding economic links with Central Europe, the CEE governments must simultaneously bolster their obligations to transatlanticism. No government can logically pursue its national sovereignty (as persistently claimed) without resolutely defending its national security. In the case of Hungary this can be demonstrated by replacing Soviet-era military equipment in its arsenal, curtailing energy dependence on Russia, and combating the corrupting influence of Kremlin-connected oligarchs.

CEE commitments must include the defense of NATO allies and partners under attack from a predatory power such as Russia. As a prime example, the Ukrainian state must be strengthened both by consolidating its democratic institutions and by providing lethal defensive weapons to protect those institutions from Kremlin assault. In this mission, each CEE capital can assume greater responsibility.

To be relevant in Washington, all CEE states need to contribute to NATO capabilities according to their commitments, diversify their energy supplies, plug into U.S. energy exports, and enhance their attractiveness for U.S. business. They need to reach out to Washington with new initiatives that benefit both sides, whether in the economic arena or on the broad security front. In sum, both shores of the Atlantic must demonstrate solidarity and commitment or we risk dividing the alliance at an increasingly unpredictable time in Europe’s history.