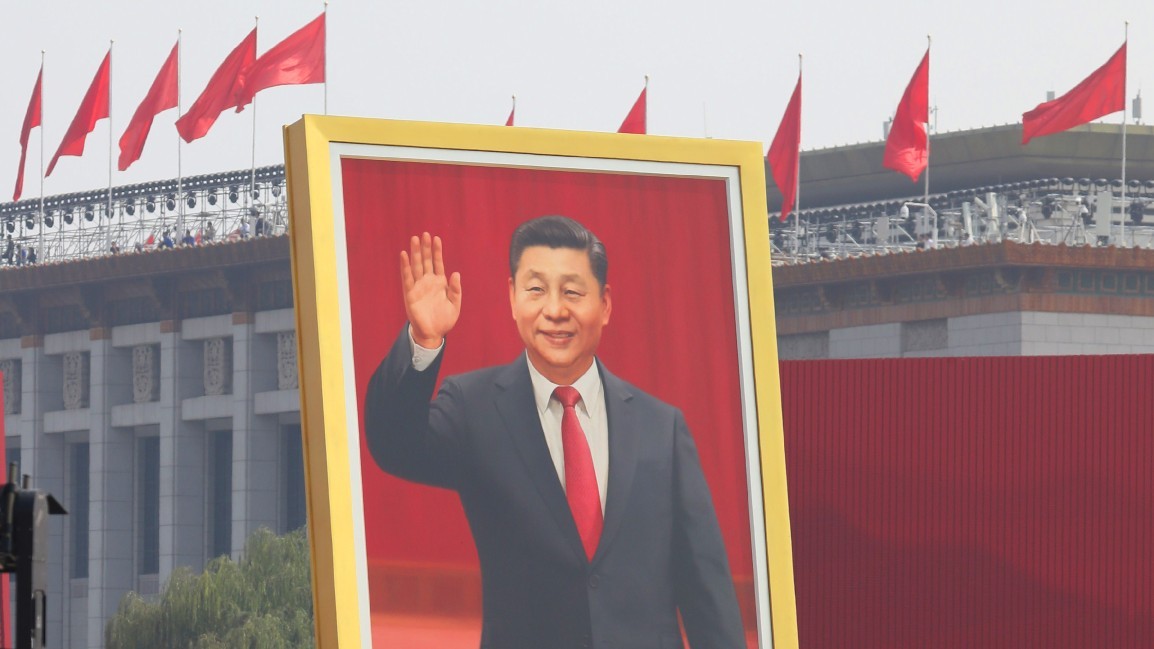 Photo: The portrait of China's President Xi Jinping appears during a military parade to celebrate the 70th anniversary of the founding of a nation at the Tiananmen Square in Beijing, China on October 1, 2019. New weapons were unveiled at the largest military parade ever. ( The Yomiuri Shimbun ) Credit: REUTERS

The president of China and top leader of its Communist Party is his own man — unique in many respects. Since taking supreme power in 2012-2013, however, Xi Jinping’s actions at home and abroad changed the nature of Beijing’s regime, rapidly creating a totalitarian dictatorship which is beginning to resemble, in some respects, the 20th-century threats posed by German National Socialism and Soviet Communism. This reality poses serious dilemmas for the United States and, indeed, the world.

Xi’s regime dictates policy and controls much of the economy and cultural life. It directs the media and purges dissent. Genuine religious leaders and real lawyers are silenced.

So far Xi has not practiced physical genocide, as other 20th century dictatorships have, but he has pursued forms of cultural genocide — and this, in turn, has resulted in numerous casualties as forced sterilizations of Uighur women target the unborn. While Xi does not go so far as to proclaim a dominant ethnic group a master race, he has pushed floods of the dominant nationality, the Han Chinese, into the borderlands. Han Chinese outnumber the locals in Tibet, Xinjiang, and Inner Mongolia, and take the best jobs there.  Local people are becoming second-class residents of their own homelands. When Uighur men and women are sent to different destinations to study or work, the separation curbs their community’s population growth.

The Xi regime differs from that of Joseph Stalin insofar as it regarded his policies as overly respectful of national difference: Stalin’s 1936 Constitution gave national minorities such as Kazakhs and Armenians the right to secede from the USSR and permitted them to use their own language in school and publications. Born in Georgia, Stalin allowed Georgia, Armenia, and the three Baltic republics to continue using their traditional alphabets. Kazakhs and other minorities had to adopt Cyrillic.

Demanding their right to self-determination from 1988-1991, the three Baltic republics triggered the collapse of the Soviet Union. To avoid that fate, Beijing clamps down on China’s minorities and systematically pressures them to think and speak in Mandarin. Even Cantonese speakers in Hong Kong and Guangdong are expected to forgo their cultural heritage.

Anxious to strengthen economic and military might, past dictators strove to acquire foreign technology and financial support. In the Soviet era, Stalin turned theft into an art form and eventually acquired even the know-how to make an atomic bomb. Like the USSR, Communist China has sought to acquire foreign technology by any and all means. In the 1950s Mao Zedong counted on the USSR to provide China with a sample atomic bomb. When that well ran dry, China sought the latest scientific and industrial know-how from the West. Normalization of ties during the administrations of Richard Nixon and Jimmy Carter opened the doors for Chinese business people, journalists, and students to learn from the United States both openly and covertly.

The most menacing facet of Xi Jinping’s regime for the West is its outreach. The tactics are generally less theatrical and more subtle, but like the Nazis and the Soviets, China is expanding its borders by force. It now pushes into Bhutan as well as India. It shreds its Hong Kong commitments by abandoning the one country, two systems Sino-British declaration. Defying the International Court of Arbitration, Beijing claims virtually the entire South China Sea — even the territorial waters of Vietnam and the Philippines. Beijing threatens Taiwan by air and by sea. All this risks a collision as Western navies transit the South China Sea and the Taiwan Strait. A similar danger looms in the Black Sea as Russia works to keep foreign ships far from Crimea.

Xi’s efforts at influencing world opinion also recall the tactics of Stalin and his successors.

Xi’s actions at home and abroad pose the same challenges in the 21st century as totalitarian states posed in the last century. Dangers loom even as the world needs great power collaboration to tap the best of modern science and cope with nuclear weapons, climate change and pandemics. The United States walks a tightrope between the imperatives of global interdependence and the need to contain aggression. Confronting a similar dilemma when Imperial Japan seized Manchuria, U.S. Secretary of State Henry Stimson in 1932 issued what is known as the Stimson Doctrine. It declared that the United States will never recognize political or territorial changes made by force of arms. Most League of Nations members followed suit. Reiterating the Stimson Doctrine would provide a constructive response to the expansionist claims of Vladimir Putin as well as Xi Jinping.