Unleashing havoc is easier than controlling it 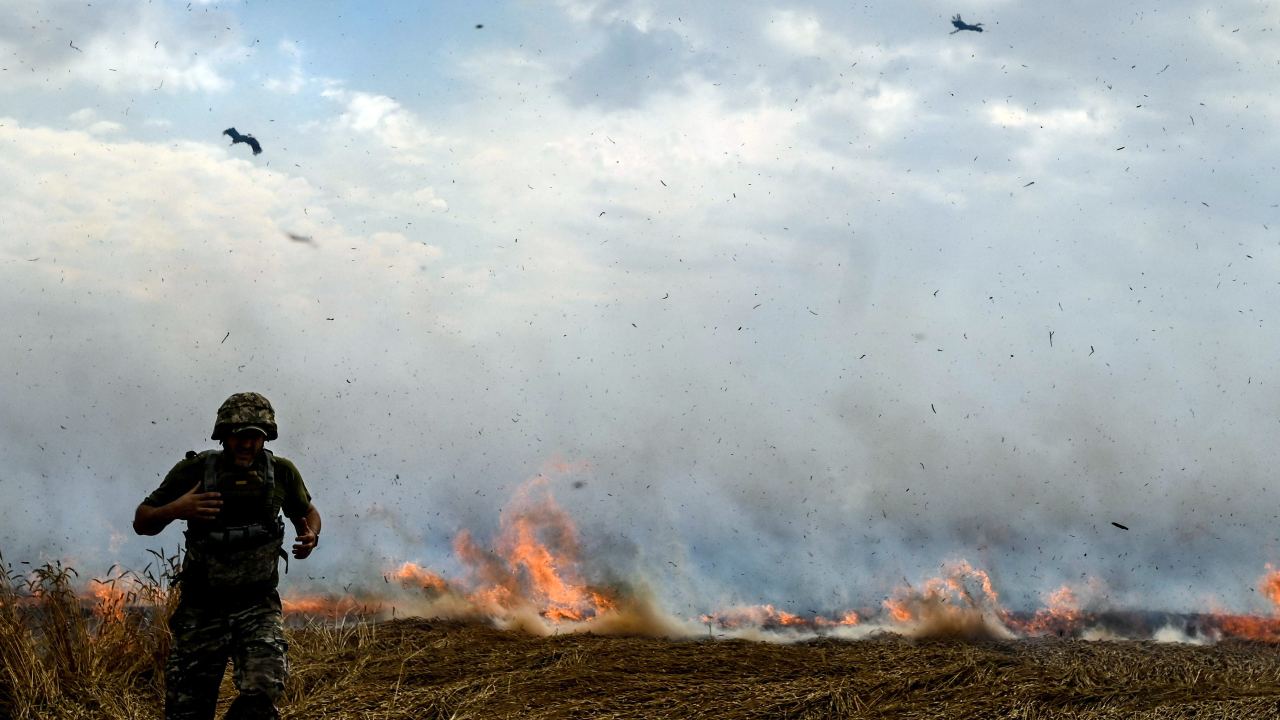 Since its seizure in 2014, Crimea has been a geopolitical trophy and a tourist hotspot. No longer. Ukrainian forces are repeatedly striking military bases on the Russian-occupied peninsula. Some attacks succeed. Others, seemingly, are foiled by intense anti-aircraft fire. Either way, terrifying explosions dent the perception of Russian invincibility and the holiday mood. Tourists are heading home in their droves.

Life is also heating up in uncontested parts of Russia. Last week a fire engulfed a huge arms depot in Belgorod, near the Ukrainian border. Nearby villagers fled to safety: their first whiff of war since Nazi forces retreated in 1943. More murkily, a car bomb in Moscow, seemingly aimed at the fringe nationalist ideologue Aleksandr Dugin, killed his propagandist daughter Darya instead. This could be score-settling among Russia’s far-right. It could be a false-flag operation, carried out by the authorities, or their proxies, to stoke panic. Many Ukrainians will rejoice, seeing the racist conspiracy theorist as one of the intellectual authors of their torment. But I find Ukrainian involvement unlikely. If the authorities in Kyiv are sending hit squads to Moscow, dozens of other targets would look more tempting and legitimate than the weirdo ex-professor.

Whoever is behind it, the attack will give every senior member of the Kremlin’s ideological and propaganda operations (and their immediate families) a Crimean twinge of nerves. Life was already cheap in Putin’s Russia. The latest killing just made it cheaper. The political fallout is immediate, too. Russian officials, and their defenders abroad, are frothing. Targeting non-combatants and civilians is a war crime. Ukrainian attacks on Russian territory are (irony is dead): illegal, senseless, provocative, outrageous, and will prompt merciless retribution.

For all the intricate arguments around the legality of targeted assassinations, Russia’s record on such killings is spectacular and undisputed. Numerous Kremlin critics, at home and abroad, have perished in the years since Vladimir Putin took power. Some plots have gone awry: the nerve-agent poisoning of the ex-spy Sergei Skripal in Salisbury in 2018 failed to kill its target but led instead to the death of Dawn Sturgess, who had no connection to Russia at all. In the Czech Republic in 2014, a sabotage attack in 2014 on the Vrbětice ammunition depot by the GRU military intelligence service killed two locals. The latest news, of the arrest in Albania of three apparent Russian spies at a weapons plant — and the use of a paralyzing spray against security guards — underline the Kremlin’s willingness to resort to murder and mayhem.

Worst-hit, of course, is Ukraine. Since February 24, Russia has attacked 17,300 civilian buildings, against just 300 military installations, according to Ukrainian official figures. The war has killed thousands of people ­— at least 5,514, according to the United Nations High Commissioner for Human Rights — with many more maimed, traumatized, or made homeless. That, not Ukrainian strikes on Crimea, or anywhere else, is the real outrage.

But the real lesson of recent days is that events are spiraling out of the Kremlin’s control. Not one element of the original plan to attack Ukraine has survived contact with reality. Morale has not fractured. Neither has Western support. Attrition and bad leadership steadily weaken the Russian forces while Ukraine’s military is becoming stronger, with better training and more modern equipment. Whether by sabotage, or through drone and missile strikes, Ukraine is hitting targets that the Kremlin did not think it would need to defend. Retribution indeed: these attacks undermine a crucial Kremlin narrative about the conflict’s limited geographic and military scale. Russia thought it could limit the fighting to Ukraine. But nobody asked the Ukrainians about that.