Do as You’re Told, Russia Tells the Neighborhood 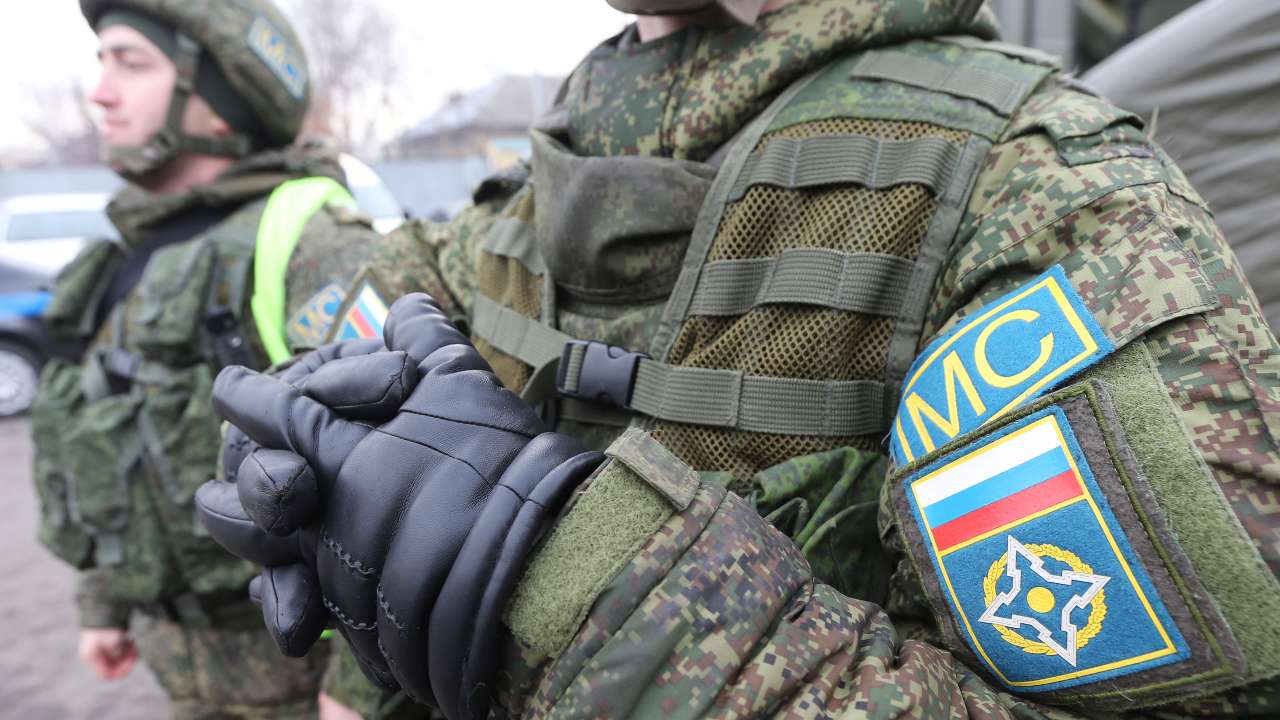 Photo: Russian servicemen take part in the ceremony marking the beginning of the withdrawal of peacekeeping troops of the Collective Security Treaty Organisation (CSTO) from Kazakhstan, in Almaty, Kazakhstan January 13, 2022. Credit: REUTERS/Pavel Mikheyev

The Kremlin has always argued that it has special interests and ties to what once constituted the Soviet space. Yet it struggled to produce a smooth mechanism for dealing with the neighborhood, where revolutionary movements toppled Soviet and post-Soviet era political elites. Popular movements in Georgia, Ukraine, Moldova, Kyrgyzstan, and most recently Kazakhstan have flowered and sometimes triumphed despite the Kremlin’s rage.

Russia’s responses have differed in each case, although it has tended to foster separatism in neighboring states to preclude their westward aspirations. As a policy, this was extreme and rarely generated support for its actions, even from allies and partners. The resultant tensions underlined the lack of legitimacy and generated acute fear even in friendlier states that Russia one day could turn against them.

But with the activation of the hitherto largely moribund six-nation Collective Security Treaty Organization (CSTO) in Kazakhstan seems to be an entirely different matter. Here, for the first time since its Warsaw Pact invasions, Russia employed an element of multilateralism. This was designed to show that the intervention was an allied effort, though it was Russia that pulled the strings and contributed most of the military force.

CSTO activation is also about something else. It blurred the boundaries between Russia’s security and the security of neighboring states. President Vladimir Putin recently stated the situation in Kazakhstan concerned “us all,” thereby ditching the much-cherished “Westphalian principles” of non-intervention in the internal affairs of neighboring states. The decision was also warmly welcomed by China, another Westphalia enthusiast.

In many ways, Russia always wanted to imitate the US, which in its unipolar moment used military power to topple regimes (in Afghanistan and Iraq) and to restore sovereignty (in Kuwait.) Liberal internationalism with an emphasis on human rights allowed America and its allies to operate with a certain level of legitimacy and to assert (a not always accepted) moral imperative. Russia had no broader ideas to cite. Until now. Upholding security and supporting conservative regimes has now become an official foreign policy tool. Protests in Belarus and Kazakhstan helped the Kremlin streamline this vision.

Since Russia considers its neighbors unstable (something it often helps to bring about), the need for intervention when security is threatened will now serve as a new dogma, though this does not necessarily mean that CSTO will now exclusively serve as the spearhead of Russian interventionist policy in crises along its borders. On the contrary, Russia will try to retain maneuverability and versatility. The CSTO option will be one weapon in the Kremlin’s neighborhood pacification armory.

Another critical element is the notion of “limited sovereignty,” whereby Russia allows its neighbors to exercise only limited freedom in foreign policy. This is a logical corollary, since maneuverability in their relations with other countries might lead to what the Kremlin considers incorrect choices, like joining Western military or economic groupings.

More importantly, the events in Kazakhstan also showed that Russia is now officially intent on upholding the conservative-authoritarian regimes. This fits into a broader phenomenon of authoritarians helping other authoritarians. Russia is essentially exporting its own model abroad. The export includes essential military and economic help to shore up faltering regimes.

The result is a virtuous circle, in the Kremlin’s eyes. Not only can it crush less than friendly governments in its borderlands but it also wins extensive influence, including strategic and economic benefits. Take for instance Belarus, where with Russian help, the dictator Aliaksandr Lukashenka managed to maintain his position after 2020’s elections through brutality and vote-rigging. The end result is that the regime is ever-more beholden to Russia, abandoning remnants of its multi-vector foreign policy and being forced to make financial and economic concessions of defense and economics to its new master. Russia is pressing hard for a major new airbase.

A similar scenario is now opening up in Kazakhstan. The country which famously managed to strike a balance between Russia and China and even work with the US, while luring multiple foreign investors, will now have to accept a new relationship with Russia. It will be similar to Belarus, short of integration talks.

Russia fears crises, but it has also learned to exploit them. Its new approach is a very striking evolution from the manner in which it handled Georgia and Ukraine in 2008 and 2014, through the Belarus and Armenia-Azerbaijan crises in 2020 to the Kazakh uprising of 2022.

Russia has a new vision for its neighborhood. It is in essence a concept of hierarchical order with Russia at the top of the pyramid. The neighbors have to abide by the rules. Failure to do so would produce a concerted military response.