Darkness on the Black Sea

The closest observers of the Russian navy’s large-scale drills will be the Ukrainian military, which must consider whether an attack on their coastline is imminent. 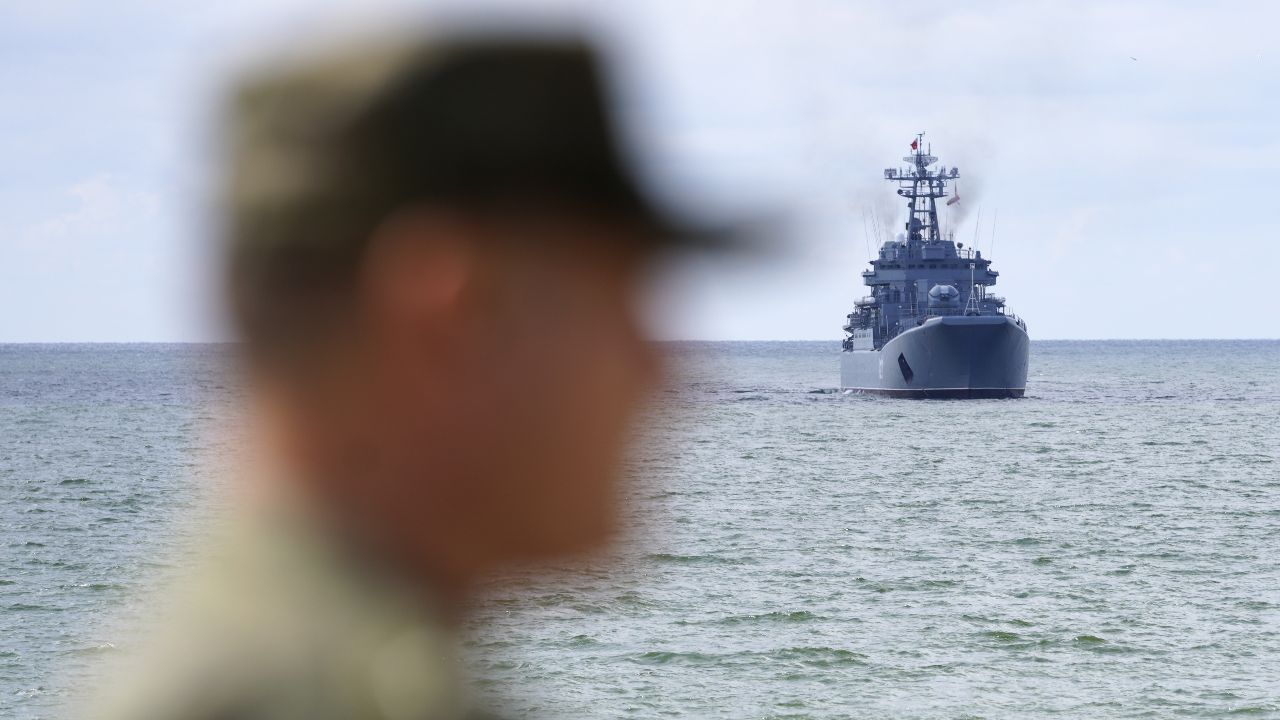 Amidst the growing tensions caused by Vladimir Putin’s threats to Ukraine, Russia has launched extensive naval exercises in the Black Sea. Some 30 warships of the Black Sea Fleet sortied from Sevastopol and Novorossiysk over the weekend. Of note, the exercises will include Baltic Fleet and Northern Fleet amphibious landing ships which entered the Black Sea last week.

The current Black Sea exercise of February 13-19 was foreshadowed by the announcement of extensive danger areas. These zones cover a vast area of water space and severely impact maritime traffic in the vicinity of Odesa and Mykolaiv, two port cities whose maritime trade is a critical lifeline for Ukraine’s economy.

Ukraine quickly condemned the Russian announcement: “Unprecedented coverage of maneuvers makes navigation in both seas virtually impossible,” the government statement said. “Such aggressive actions of the Russian Federation, which fit into the concept of its hybrid war against Ukraine, are unacceptable. This is a manifestation of open disregard for the norms and principles of international law.” The US embassy in Kyiv described the closures as economic warfare.

Russia’s Black Sea Fleet is significantly stronger than Ukraine’s small navy, which includes one frigate and about a dozen patrol craft. The Black Sea Fleet has enjoyed a decade of modernization, and improvements include six Improved Kilo-class submarines, three Admiral Grigorovich-class frigates, and three Buyan-M class corvettes, all of which carry the Kalibr missile suite — supersonic anti-ship or land-attack cruise missiles. It is certainly sufficiently powerful to blockade all Ukraine’s ports and thereby do enormous damage to the economy.

Ukraine recognizes the naval disparity, and has sought ways to improve. Turkey has partnered with Ukraine’s Navy, but neither Turkey’s ship-building nor a recent financing and ship-building package agreed with the UK can make a difference in the near-future. Turkey’s TB2 drones have been provided to the Ukrainian Navy, however, and will greatly enhance maritime intelligence, surveillance, reconnaissance (ISR), and targeting.

Last year, Ukraine incorporated into its forces the domestically produced Neptune anti-ship missile, with a 280km range from land-, ship-, or air-launched platforms. The UK is now selling anti-ship missiles, probably the Brimstone/Sea Strike missile, although delivery timelines will likely not affect the current crisis. While Ukraine may not contest Russian control of the waterspace of the Black Sea, the enhanced maritime ISR and anti-ship missile capabilities would be impactful close to Ukraine’s shores.

Russia’s amphibious additions nonetheless contribute significantly to the crisis threatening Ukraine. Specifically, adding the amphibious landing capacity to the Black Sea Fleet increased the military options available to the Kremlin in terms both of scale (from large-scale invasion down to hybrid options) and geographic scope.

The amphibious capability extends the Russian threat from illegally occupied Crimea north and east to the ports of Mykolaiv and Odesa, and to the Ukraine-Romania border on the Black Sea. Notably, these naval maneuvers are happening simultaneously with the Russia-Belarus Allied Resolve exercise, which has also increased Russia’s troop deployments and added 1,000 kilometers of Ukraine-Belarus border to Ukraine’s near-encirclement. The most recent estimates show 130,000 Russian troops ringing the country, with most of those counts omitting the Naval Infantry aboard the Black Sea ships.

Some estimates suggest the landing ships could put ashore two naval battalion tactical groups. That is a small part of 100 battalion tactical groups surrounding Ukraine and an amphibious assault on Ukraine’s shores would be far more challenging than recent Russian amphibious training in the Opuk training area of the Crimean peninsula. Regardless, the threat by necessity becomes part of Ukraine’s defensive calculus.

While Russia’s ground forces have received the lion’s share of attention, these Black Sea Fleet exercises are another important aspect of Russia growing military capabilities to threaten Ukraine, whether with a full-scale invasion, or lower-intensity hybrid options. It presents Ukrainian commanders with additional considerations in their planned defense of the country, potentially forcing a misallocation of forces and so allowing Russian commanders to concentrate their attacks in less densely fortified areas of the front.

Steven Horrell is a Nonresident Senior Fellow with the Transatlantic Defense and Security Program at the Center for European Policy Analysis (CEPA). He is a former US Navy Intelligence Officer, retiring as a Captain in 2021.